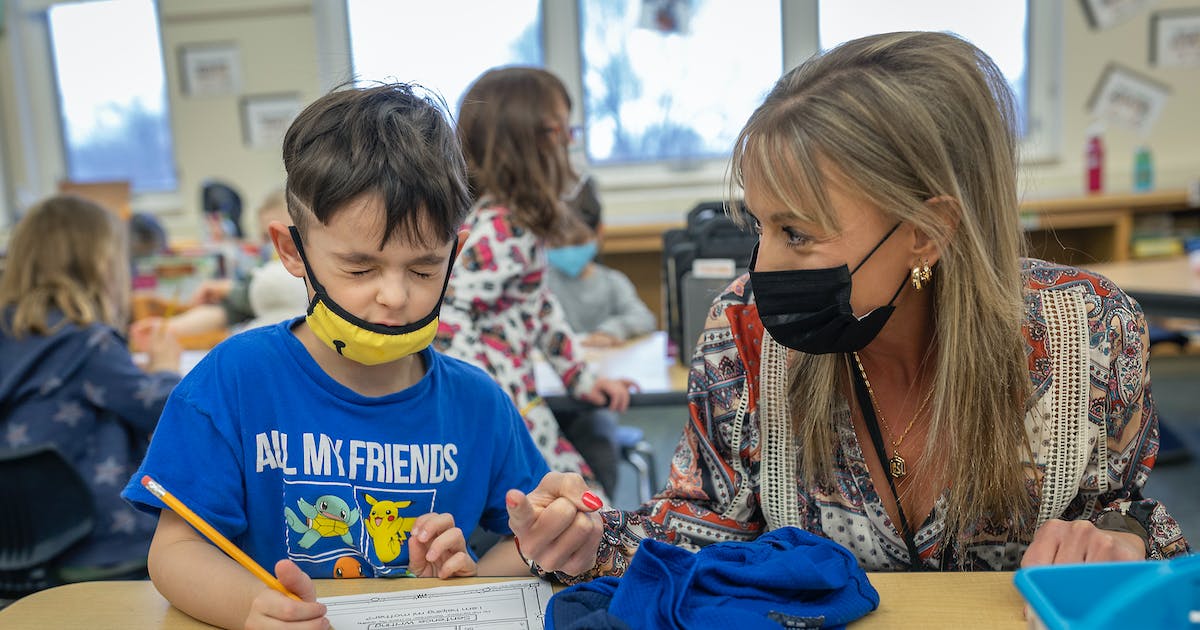 Minnesota’s divided Legislature is offering two competing visions on how to spend some of the state’s projected $9.3 billion surplus on education — one involving a massive boost and the other a sliver of that amount focused exclusively on literacy.

House Democrats this week unveiled a package that would spend more than $3 billion over three years, while Senate Republicans’ plan totals about $30 million.

“There’s no results-orientation in [the DFL] proposals. None,” said Chamberlain, who chairs the chamber’s education committee. “I hope they come around and decide that literacy is not a joke. It is very important to parents and kids.”

House Democrats called for the state to spend an additional $1 billion-plus a year for three years to hire thousands of mental health workers, expand prekindergarten offerings and fund state and federally mandated programs that schools have long struggled to budget.

Senate Republicans’ education priorities include $30 million for a literacy initiative and $700,000 for the state to hire reading coaches. The caucus introduced a slate of measures called its “Parents’ Bill of Rights” earlier this session. Republicans are also calling for about $8.5 billion in permanent tax cuts over three years.

Both parties claim their legislative proposals provide the keys to boosting anemic test scores and closing the academic achievement gap between students of color and their peers.

Democrats want to use more than a tenth of the nearly $9.3 billion surplus to foot the bill for ongoing expenses — nearly $500 million alone to fund special education and English language learner programs that leave districts in the red every year.

“We have an historic opportunity with the budget surplus that we currently have, and we have an obligation,” said Mendota Heights DFL Rep. Ruth Richardson, who chairs the House education policy committee. “If we do not step up to this moment, we will never close the deep disparities that we see in the opportunity gap.”

Republicans, meanwhile, are pushing for a $30 million one-time investment to train Minnesota teachers in a reading program that’s garnered national headlines for boosting literacy rates in Mississippi and Alabama.

They argue schools have gotten enough of a financial break.

In 2021, the Legislature approved the largest increase to the state’s general education funding formula in 15 years, about $1 billion over the next two years. Chamberlain also pointed to the $2.6 billion in federal pandemic aid Minnesota schools have received since March 2020.

The literacy training Republicans are pushing, Language Essentials for Teachers of Reading and Spelling (LETRS), has gained widespread attention since educators in Mississippi began touting it as integral to gains that state’s students have made in reading over the last decade.

Critics of the program contend that administrators and politicians too often see it as a silver bullet for low reading proficiency.

House Democrats included LETRS in their spending proposal as well, albeit at a drastically reduced $1.8 million as part of a $4.8 million literacy plan.

During a Senate education committee hearing Monday, representatives of statewide education organizations, parents and educators agreed in their testimony that literacy is important — but so are other issues facing students, particularly mental health challenges that the pandemic exacerbated.

“Getting reading right for kids is critical — and we also believe there are a number of opportunities in the weeks to come to address unnecessary funding disparities and shameful discrepancies in experience and outcome for Minnesota students,” said Matt Shaver, EdAllies policy director.

The DFL spending plan focuses on many of the same issues as DFL Gov. Tim Walz’s supplemental budget proposal this legislative session, which includes a 2% increase in the general education formula and subsidies to offset the costs of obtaining a teaching license in hopes of boosting the ranks of educators of color.

Education Commissioner Heather Mueller has pointed to the proposals as essential to reducing the barriers prospective teachers face in getting started.

“Oftentimes the thing that costs the most money, as it should, are the people who work in our schools,” she said.

The legislative battle is playing out on the heels of a three-week teachers strike in Minneapolis, where union leaders repeatedly called on the Legislature to bolster per-pupil spending they say has not kept up with inflation.

Minneapolis Public Schools’ legislative agenda for the year includes “ensuring the state fully funds the state portion of special education services.” District leaders say they routinely dip into their own general fund to meet obligations related to the needs of about 5,700 students.

Many of Minnesota’s largest districts also posted their second consecutive year of enrollment losses this fall, which means they can expect less state funding in coming years.

Correction:
A previous version incorrectly listed the House DFL amount proposed to recruit and retain teachers of color. The programs total $80 million in the next fiscal year.