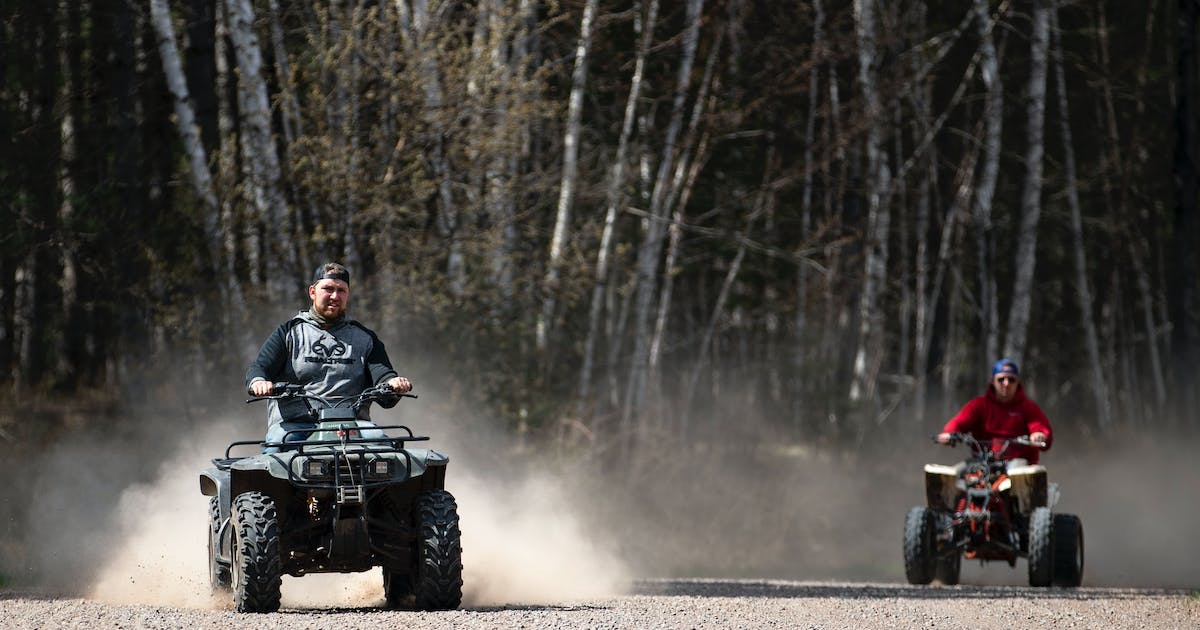 Demand from ATV riders for air conditioning, more seats and electric batteries has Polaris and others working to introduce even bigger off-road vehicles into Minnesota’s forests. First, they’ll need to change the law.

The GOP-led Minnesota Senate proposed raising the weight limit for what constitutes an ATV from 2,000 pounds to 3,000 pounds — roughly the size of a 2020 Toyota Corolla. It’s unclear if the DFL-controlled House will agree to the change as the two bodies hash out competing proposals on a swath of environmental policies.

The Department of Natural Resources (DNR) asked lawmakers to hold off making any changes until it can finish a study of hundreds miles of trails and bridges to see if they can support the extra pounds.

“We don’t have a full understanding of the implications of a weight change,” said Laura Preus, DNR section manager for parks and trails.

The agency will finish making an inventory of the state’s ATV trails and complete a master plan for them in February. If lawmakers wait until then, the DNR could upgrade any bridges, crossings or trails that would need more support before the heavier machines start using them, she said.

ATV makers, riders and sellers asked for the weight increase to keep up with demand for bigger, more comfortable machines with more seating and heated and air-conditioned cabs.

“Minnesota is a state of extreme seasonal conditions,” J.R. Burke, a lobbyist for ATV manufacturer Polaris Inc., told lawmakers at a March hearing. “When we have someone purchase a machine that has a cab, they do it because they want to plow the driveway in comfort in the wintertime and want to be able to ride their ATV in the summer months out of the dust and out of the heat.”

Battery-powered engines, and the framework to support them, weigh several hundred pounds more than gas-powered models, and can be difficult to fit under current limits, Burke said.

But it is not impossible, as the company does offer electric ATVs under 2,000 pounds.

Off-roading as a hobby has changed over the last 40 years, said Peter Gassert of Duluth Lawn and Sports in testimony to lawmakers.

“It used to be a lot of single guys on dirt bikes or single-rider machines, and now we have more families out sharing time on trails” in multi-passenger vehicles, Gassert said.

It’s not uncommon for ATVs to have rows of seating for up to six people. It’s frustrating that vehicles that would be legal across the harbor in Superior, Wis., cannot be registered in Duluth, he said.

Wisconsin lawmakers changed their ATV weight limits last year from 2,000 to 3,000 pounds, over objections from the state’s county forest association and despite warnings from the DNR that it could make off-road traffic more dangerous and increase wear and tear on trails.

The width of ATVs is more important to trail maintenance than their weight, said Preus of the Minnesota DNR.

The proposed change would not allow ATVs to be any wider; that would require trails to be broadened.

“Width would be our greatest concern,” Preus said. “The DNR believes it is reasonable to accommodate some increase in weight, but we don’t know the entire implications of this change.”

Larger vehicles are a step in the wrong direction for a state that needs to cut its greenhouse gas emissions, said Gary Payne of Brainerd. Payne, a sociologist at Central Lakes College, was the only person to speak against the weight change at the Senate hearing.

Minnesota has a law requiring the state to slash its greenhouse gases by 80% by 2050. The state has so far missed the targets by a wide margin but is trying to get back on track.

In an interview, Payne said the weight change by itself would not be a major issue. It’s one small cut, he said, to an environment that is already dying by a thousand cuts.

“We need to be reducing our footprint, but this will increase it with a little more weight, a little more mass and a little more horsepower, causing more erosion and more dust,” he said. “We’re going the wrong way.”