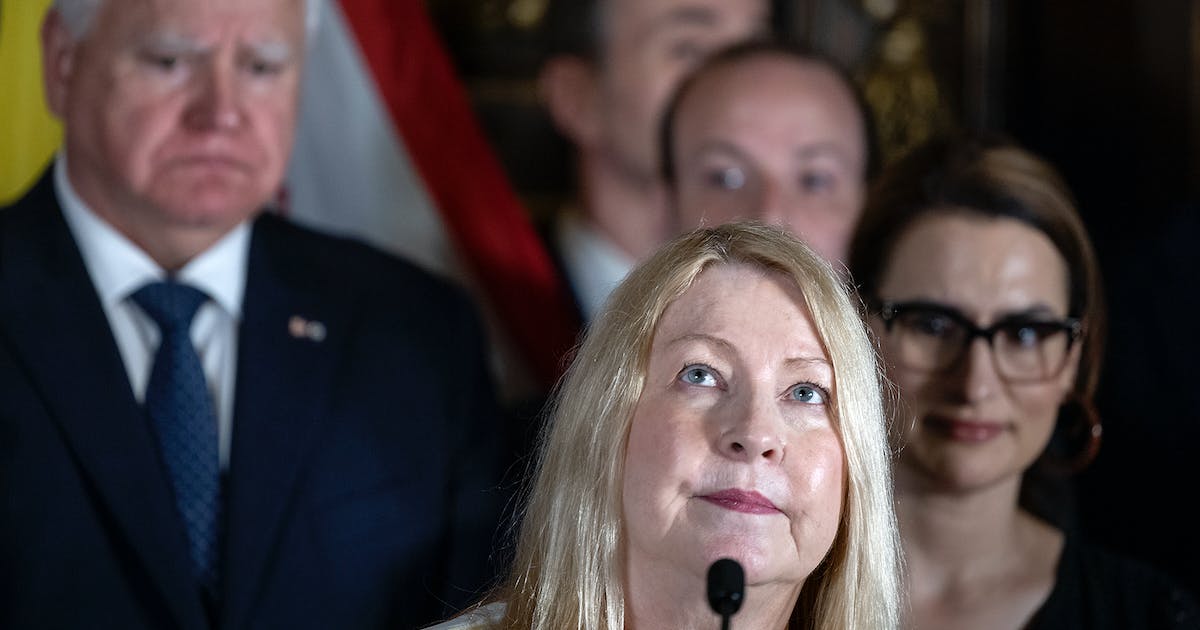 State leaders and advocates on Tuesday hailed a new law that will help speed Minnesota’s access to $300 million from a recent massive nationwide settlement aimed at countering the opioid epidemic.

Joined by a large cast of legislators and state workers whose families were hit hard by opioids, Gov. Tim Walz ceremoniously signed the legislation passed last month to reinforce the importance of the settlement money.

“There’s heroes standing behind us that turned tragedy into action; there are families that are crushed,” Walz said. “Given the opioid epidemic, it’s only a matter of time before every single one of our families is touched by this.”

The state expects to start receiving its share of a $26 billion agreement with opioid manufacturer Johnson & Johnson and three major pharmaceutical distributors by July. The $300 million coming Minnesota’s way will be received across the next 18 years.

Of the money Minnesota will get, 75% will go to local governments and 25% will go to the state. That money must be used for treatment or prevention under an initial law passed in 2019 that created a state advisory council dedicated to determining how the money would be used.

Attorney General Keith Ellison said 230 local units of government agreed to sign on to the state’s allocation formula. Ellison said the number of local governments that signed on helped determine how much money Minnesota would receive under the multistate settlement.

“What we get is resources sooner rather than later; what [drug makers and distributors] got was finality,” Ellison said.

Of the state’s requirement that the money go back to countering a crisis that has claimed roughly 5,500 Minnesota lives, Ellison added that the state was “making sure these dollars go where the pain is.”

Minnesota could also receive as much as $50 million through a separate lawsuit involving Purdue Pharma and the Sackler family that controlled the opioid giant. The state is expected to follow a similar state-local allocation formula with the Purdue settlement money.

Efforts to allocate settlement money to respond to the opioid crisis have been largely bipartisan at the Capitol, with lawmakers on Tuesday holding it up as an example of what can still get done under divided government.

“It certainly feels like I accomplished something and made a difference,” said Eaton.