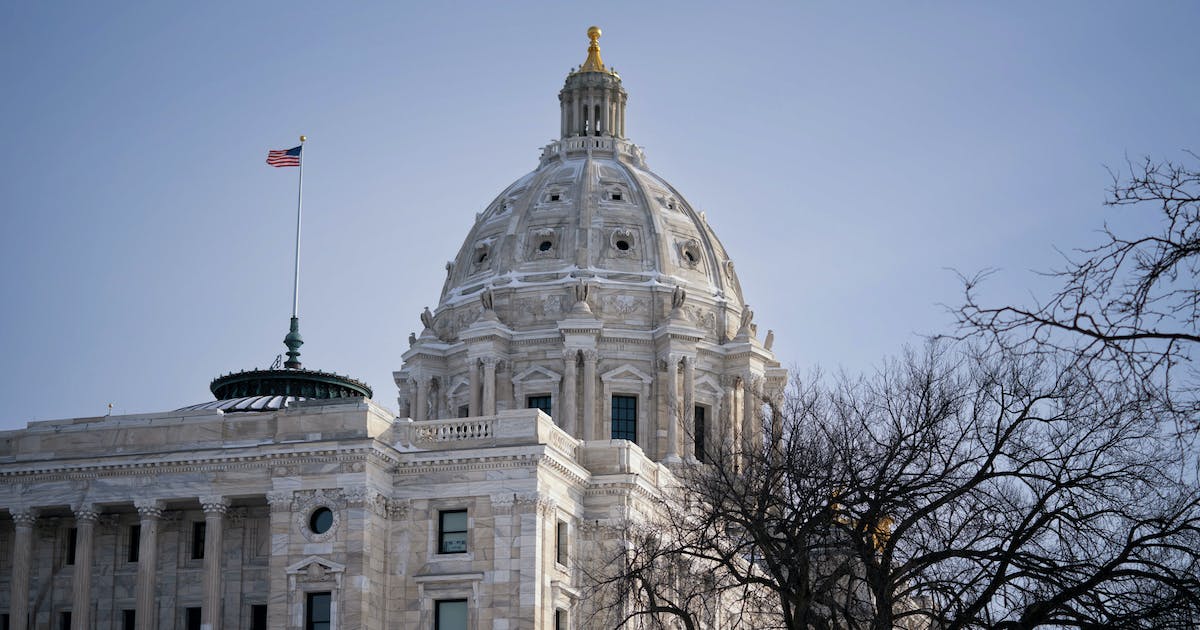 Minnesota leaders struck a multibillion-dollar deal Wednesday night that aims to stave off tax hikes on state businesses while sending direct checks to workers on the front lines of the pandemic.

The tentative deal includes $500 million for workers such as nurses, long-term care employees and others who continued to go to work in person at the height of the pandemic, as well as $2.7 billion to refill the state’s Unemployment Insurance Trust Fund.

“I am proud of this bipartisan agreement to provide hazard pay to frontline workers and relief for small businesses owners, both of whom sacrificed a great deal during the pandemic to keep their communities safe and our economy strong,” DFL Gov. Tim Walz said in a statement Thursday.

The trust fund was drained by a historic level of requests during COVID-related lockdowns, and business face a Saturday deadline to pay millions in payroll taxes to start refilling the fund. Roughly 667,000 workers are eligible to apply for the bonus checks, which would amount to roughly $750 per worker if all of those who qualify apply.

The deal, which leaders announced Thursday morning, comes after months of negotiations between the divided Legislature over how to help Minnesotans hit hardest by the effects of the pandemic.

“We have reached an agreement in principle, at least a verbal agreement,” said GOP Senate Majority Leader Jeremy Miller on Thursday, who said the gridlock broke after “ongoing conversations and a better understanding of where all of the parties were at and the importance of UI and frontline workers.”

Miller said they agreed the Legislature will use the remaining unspent federal American Rescue Plan dollars to help pay for the deal.

In addition to replenishing the unemployment insurance trust fund and sending payments to workers, the deal designates $190 million from the general fund for Walz to spend on managing COVID-19, DFL House Speaker Melissa Hortman said.

House and Senate negotiators will meet Thursday to work out the details, then the plan will go before the full Senate and House. Miller said Republicans hope to vote on the plan later Thursday and he anticipated it will land on Walz’s desk on Friday.

Lawmakers agreed in last year’s budget to send $250 million to frontline workers, but the two sides disagreed about who should be eligible for a check. Republicans favored a narrow pool of nurses and long-term care workers. With a nearly $9.3 billion budget surplus on the bottom line this year, Democrats had been pushing to increase the total to $1 billion to include a broader group of workers who would get $1,500 checks.

“I don’t understand how Senate Republicans could say that: ‘after COVID-19 we want to give businesses $2.7 billion … but we’re unwilling to understand what workers went through,'” said Hortman. “But we had to eventually decide whether frontline workers were going to get a bonus or there would be a risk of nothing.”

It could take months for the state to set up a system to receive those applications and start sending out checks to workers.

The deal struck this week leaves roughly $6 billion of the surplus on the table for legislators to debate how to spend in the three weeks remaining in the 2022 legislative session. Lawmakers are also debating whether to cut taxes, boost spending on classrooms and pump resources into combating rising crime this year. The deadline to adjourn is May 23.