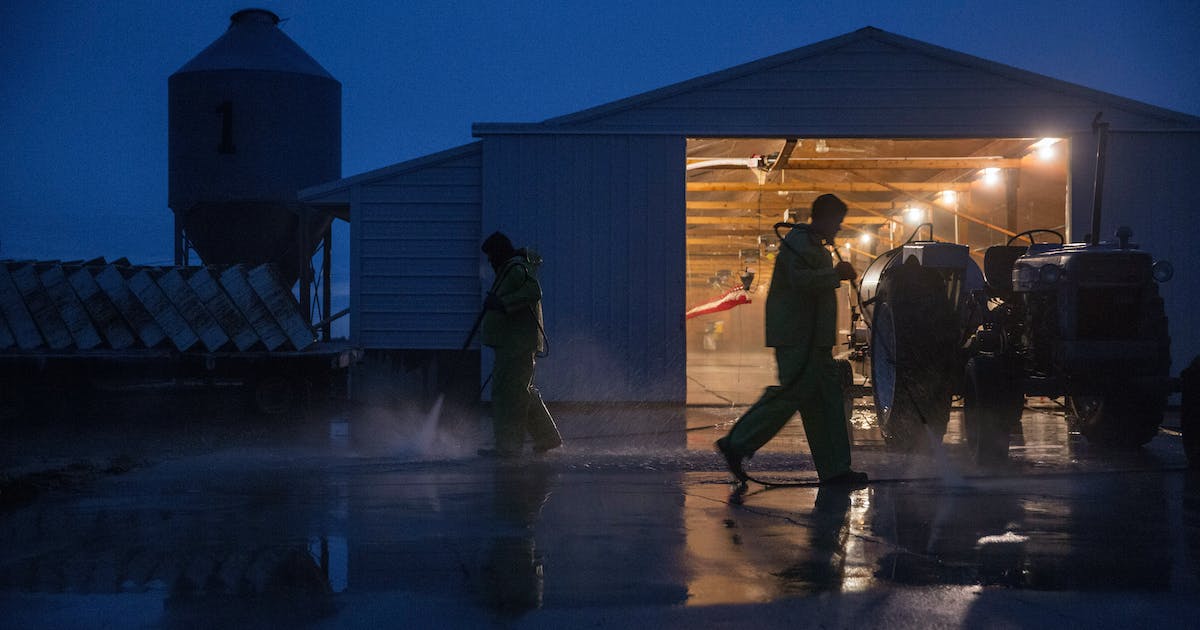 Minnesota lawmakers passed emergency funding on Thursday for testing supplies and other urgent needs for farmers responding to the state’s avian influenza outbreak.

The $1 million in funding unanimously cleared the House and Senate and heads to the desk of Gov. Tim Walz, who is expected to sign the bill.

H5NI was first detected in Minnesota on March 25 and has now been found in flocks in 12 counties, affecting more than one million birds. A U.S. Department of Agriculture emergency response team has been activated in Minnesota to help control and contain the spread.

The Centers for Disease Control estimates poultry in 24 states have been infected with the highly pathogenic avian influenza, affecting nearly 23 million birds. A commercial turkey farm in Indiana reported the first cases of this year’s outbreak in February. Wild birds are likely bringing the virus across state lines.

“The virus is different this time and the need and the urgency is greater,” said Rep. John Burkel, R-Badger, a former turkey farmer who experienced the state’s 2015 avian influenza outbreak. “The money we’re talking about is $1 million, it will buy us a couple of weeks of testing materials and equipment.”

The funding can be used for testing supplies, disease surveillance and other emergency response needs. Minnesota is the top turkey producer in the nation, with more than 600 turkey farms across the state that raise roughly 40 million birds annually. The 2015 outbreak resulted in the death of roughly 9 million birds in Minnesota.

The outbreak poses a low risk to humans. Farmers are working to depopulate flocks where infections are detected and segregate them from healthy birds. The University of Minnesota Extension is encouraging bird owners to keep new or returning birds separate from existing flocks for 30 days.

The funding for avian influenza response was originally attached to a broader Senate package to provide aid to farmers hit hardest by last summer’s drought. But the bill didn’t match up with a similar drought proposal pushed by the DFL-led House.

The divided Legislature agreed to pass the avian funding separately and work out their disagreements on drought relief later.