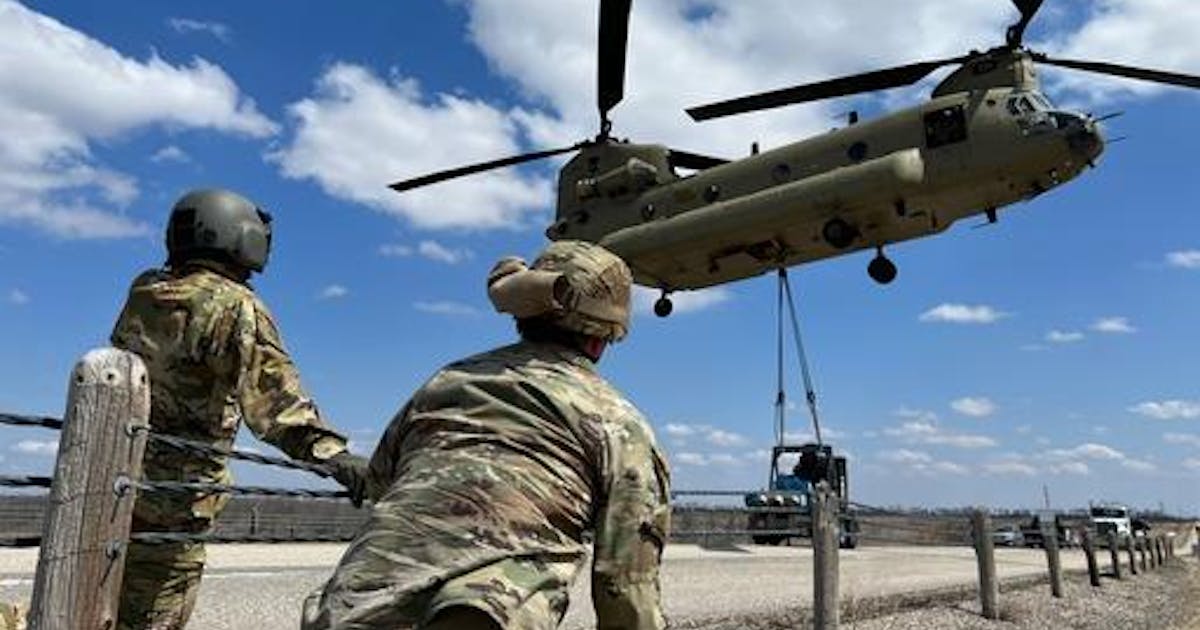 The same-day mission of the five Guard members is to move two 5-ton pumps closer to the Bourbanis Dam on the Red River in Pembina, the northeastern-most corner of North Dakota, said Col. Gregory Fix, the Minnesota National Guard’s State Army aviation officer.

The helicopter being deployed, the CH-47 Chinook, “has the capability to lift heavy loads greater than 10,000 pounds,” Fix said, “and moving the two pumps for flood support is just one example.”

The Guard members and the helicopter are from the St. Cloud-based B Company, 1-171 Aviation Regiment. They departed before 10 a.m.

“This aviation unit has many hours of experience moving equipment,” Fix said, adding that it recently returned from Iraq and Kuwait, where it provided the aerial movement of troops and supplies throughout the area.

The North Dakota National Guard has been working to help stabilize the dam, using UH-60 Black Hawk helicopters to brace it with sandbags.

National Weather Service flood warnings for the northeastern corner of the state as well as along the North Dakota-Minnesota border were expected to remain in effect until late Friday.