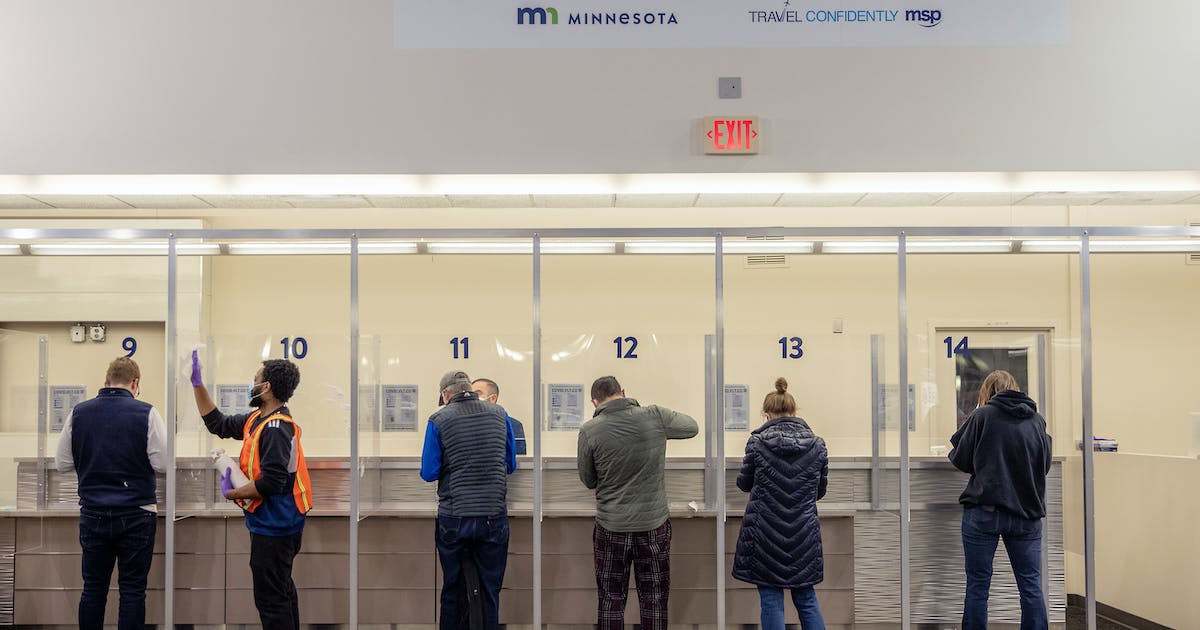 Minnesota is phasing out a mail-in COVID-19 testing program and offering a new option to order four free rapid at-home tests per household.

One million tests will be available online to Minnesotans starting Tuesday on a first-come, first-served basis. The state offer is in addition to free tests available from the federal government and builds up testing capacity for Minnesotans as health officials eye the potential of another COVID-19 wave.

“COVID-19 testing remains a key tool for Minnesotans,” state Health Commissioner Jan Malcolm said. “Even during times of lower community transmission, there are plenty of reasons a person might want to know whether they are infected and a potential risk to others around them.”

Pandemic activity remains at low levels in Minnesota, where the positivity rate of diagnostic testing dropped from 23.5% in the week ending Jan. 10 to 2.7% on March 18, and COVID-19 hospitalizations dropped from 1,629 on Jan. 14 to 201 on Friday.

However, sampling at the Metropolitan Wastewater Treatment Plant last week found a slight uptick in the presence of the coronavirus that causes COVID-19 and specifically a BA.2 subvariant of the virus that has fueled more infections in parts of Europe this month.

Declining interest in mail-in COVID-19 tests prompted Minnesota to end that program through its partnership with Vault Health, the state announced on Monday. Test orders declined from more than 16,000 in mid-January to 1,400 last week.

People with unused mail-in test kits will be able to use them through 2022 or until they expire. Minnesota’s community testing sites at the Minneapolis Convention Center and other locations remain open.

The shift in the at-home testing strategy offers pros and cons. Mail-in PCR tests took longer to produce results for people concerned about symptoms or viral exposures, but also were highly accurate and contributed toward Minnesota’s reporting and monitoring of pandemic activity.

Rapid antigen tests are convenient and produce instant results, but they are slightly less accurate even when used properly and aren’t reported in state COVID-19 tallies. The iHealth nasal swab test being offered by Minnesota is about 94% accurate in identifying infections, according to packaging information published by the Food and Drug Administration.

BA.2 is concerning because it spreads about 30% faster than an earlier version of the omicron variant, which itself spreads faster than original strains.

If the initial virus was like being in a room with one smoker, “omicron is like having eight to 10 people in the room smoking with you,” explained Michael Osterholm, director for the University of Minnesota’s Center for Infectious Disease Research and Policy.

Omicron produced a lower rate of severe illness during Minnesota’s most recent pandemic wave than other variants, but it spread so widely that it caused an increase in hospitalizations anyway. However, the share of hospitalizations requiring intensive care declined from 371 on Dec. 14 at the peak of the previous delta variant wave to 28 on Friday.

Health officials are hopeful that any increase in COVID-19 caused by BA.2 will produce a similarly lower rate of severe illness in Minnesota and that immunity levels from recent immunizations and infections will blunt its impact.