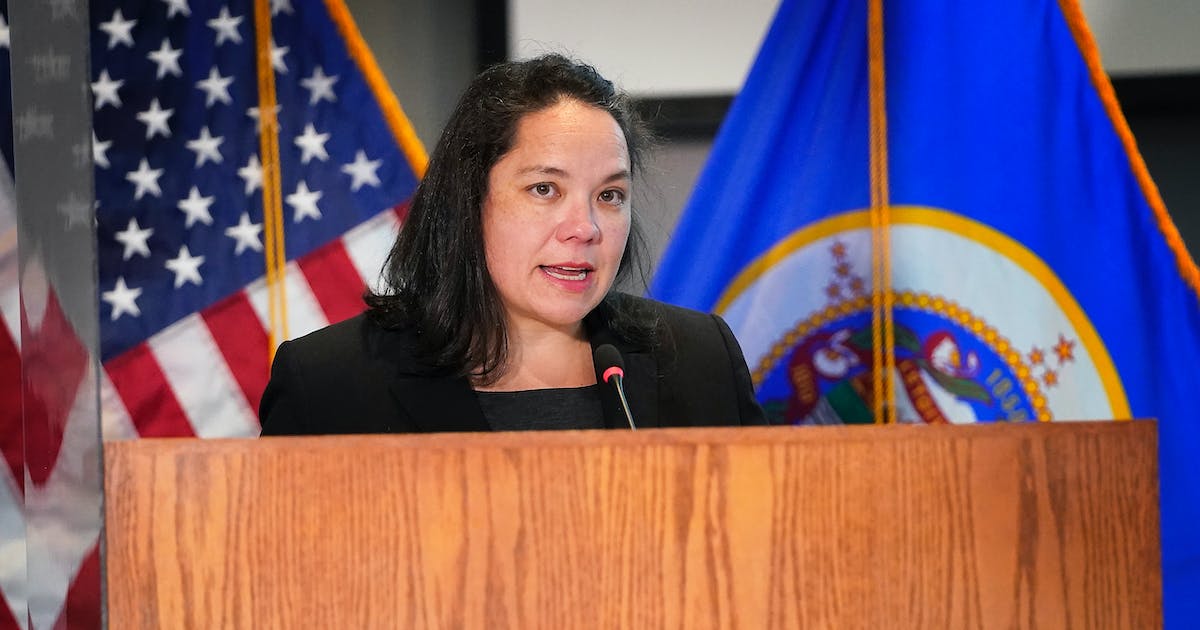 The Minnesota Department of Human Rights said Wednesday that it plans to take the “unprecedented” step of trying to negotiate a consent decree with the city of Minneapolis in hopes of ending a long history of racially discriminatory policing.

It could take weeks — or longer — to learn exactly what that might mean for the Minneapolis Police Department and the city’s efforts to transform public safety since George Floyd’s murder.

A consent decree is a type of legal settlement that usually outlines a series of specific changes that an agency must make and a timeline for doing so.

Lamenting a “vacuum” of “collective, sustained action” by current and past city leaders, Department of Human Rights Commissioner Rebecca Lucero said she hoped a consent decree would allow officials to create a plan that “lives on past all election cycles, which provides for that sustained action that is necessary here for success.”

It’s too early to tell which specific changes would be made under a consent decree. Lucero said the department hopes to spend the coming weeks meeting with community leaders, police officers, city staff and “other stakeholders” to get their thoughts on what changes should be required.

An agreement would likely also require approval from a judge, who typically appoints an independent monitor to evaluate progress. The judge can take action if they think an agency isn’t complying.

Minneapolis officials said they received the state’s findings Wednesday morning and were still working to determine what next steps might entail. A consent decree would require approval from Mayor Jacob Frey and the City Council.

In a news conference Wednesday afternoon, Frey said “we’re open” to the possibility of a consent decree. Though he added: “It would be irresponsible for me to stand up here today, prior to digesting the report in full, and to give you and the general public full clarity of direction.”

Consent decrees of this type are rare in Minnesota. The Department of Human Rights has reached two consent decrees in the past three years. One involved a school accused of failing to properly respond to student’s sexual harassment and assault reports. The other involved a company accused of inappropriately barring a transgender woman and a nonbinary Minnesotan from donating plasma.

Among other changes, the state used the decrees to require the school to develop and distribute policies on bullying and harassment, and to require the plasma collection center to ensure no employees refused donors based on gender identity.

The state’s announcement that it intends to seek a consent decree comes at the same time federal investigators are engaged in their own probe looking at whether the Minneapolis Police Department engaged in a “pattern and practice” of illegal conduct, including whether it used excessive force. That, too, could result in a consent decree, depending on the findings of the Justice Department.

“It is possible to have multiple consent decrees,” Lucero said Wednesday, adding that their investigation focused on violations of state law while the Justice Department would likely focus more on compliance with federal laws.

In a statement, the Justice Department confirmed that it had received the state’s report and will consider its findings in the federal investigation.

The Minneapolis city attorney’s office said in a statement Wednesday night that it was still reviewing the state’s findings and “is also still in the process of actively cooperating with the US Department of Justice investigation.” The statement said: “It is too soon at this point to predict how best the City will proceed in resolving both of these investigations and their findings.”