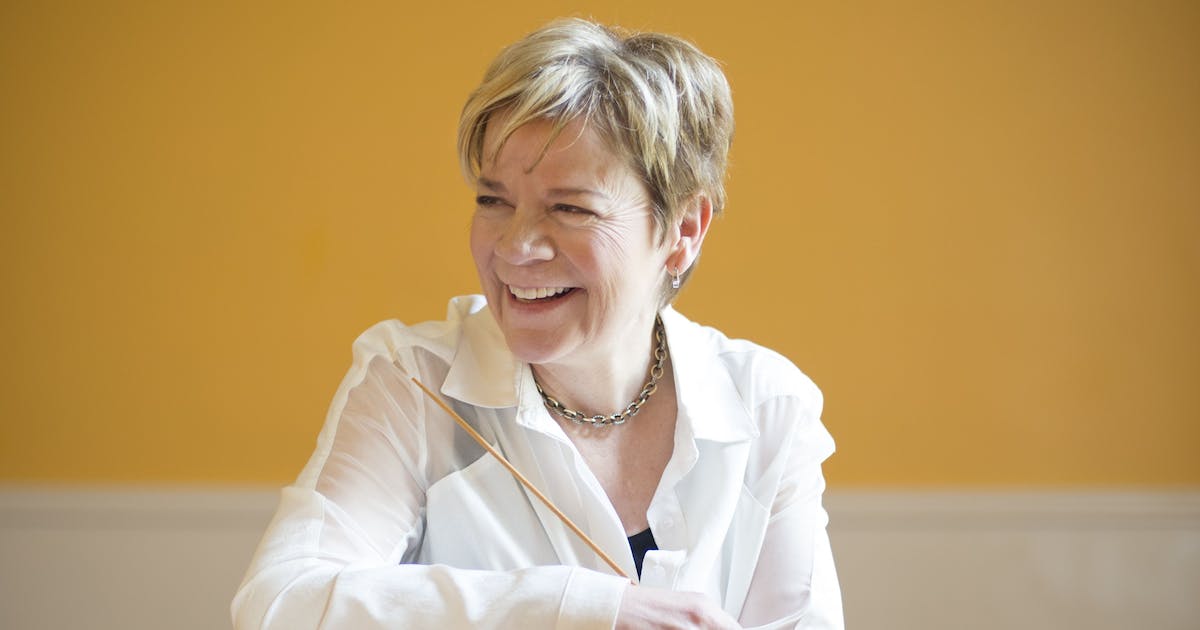 How will the Minnesota Orchestra go on without music director Osmo Vänskä? Its musicians intend to show you.

While its current season has been focused upon recapping the successes of Vänskä’s 19 years at the helm, the 2022-23 season will allow the orchestra itself to step forward and demonstrate that it can impress, no matter who is on the podium.

The season announced Wednesday features a new conductor almost every week, and an orchestra redoubling its commitment to composers too often pushed to the margins.

But relax, traditionalists: There’s still plenty of Beethoven, Brahms, Bernstein, Dvorak and Tchaikovsky. And some excellent soloists will visit to present it.

For those wondering if the orchestra is ready to name Vänskä’s successor, the answer is no. While two of the conductors who were seemingly auditioning for the job during repeat visits this season — Fabien Gabel and Dima Slobodeniouk — will each be back to lead a program, the competition may still be wide open, and there’s no telling whether other visitors are under consideration.

But if you needed to pick out just one concert each month over the course of the 2022-23 schedule, here are the ones that look most promising.

September: The season opens with a concert that fuses classical and jazz. Trumpeter Wynton Marsalis and his Jazz at Lincoln Center Orchestra will perform alongside the Minnesota Orchestra (conducted by William Eddins) on Marsalis’ “Swing Symphony.” Leonard Bernstein is a touchstone composer throughout the season, and his Symphonic Dances from “West Side Story” complete the program. (Sept. 23-24)

November: You haven’t seen the last of Vänskä. He has one unfinished task — Gustav Mahler’s Third Symphony, which he’ll record next fall to finish the orchestra’s complete Mahler symphonic cycle for BIS records. That work will be the centerpiece of concerts with attorney-turned-opera-singer Jennifer Johnston, the Minnesota Boychoir and the women of the Minnesota Chorale. (Nov. 10-12)

December: While holiday music and show tunes with singer Kristin Chenoweth sounds fun (Dec. 13), one of the best concerts of the season is on New Year’s Eve and Day. Throughout this century, the only woman music director of a major American orchestra has been Marin Alsop. She’ll return after too long an absence to lead a program that features pianist Awadagin Pratt (also away too long) soloing on a new piano concerto by Jessie Montgomery, a Black composer who is really creating a buzz throughout the industry. Nikolai Rimsky-Korsakov’s mesmerizing “Scheherazade” caps the program. (Dec. 31-Jan. 1)

January: Spanish conductor Pablo Heras-Casado has a mantel full of impressive awards, including Musical America’s “Conductor of the Year” in 2014 and a pair of recordings that have won the Diapason d’Or, which is like France’s award for classical recording of the year. He at last makes his Minnesota Orchestra debut with Adolphus Hailstork’s homage to Martin Luther King Jr., “Epitaph for a Man Who Dreamed,” Felix Mendelssohn’s “Scottish” Symphony and Robert Schumann’s Cello Concerto, with Alban Gerhardt soloing. (Jan. 13-14, 2023)

February: Pianist Gabriela Montero will be not only soloist but composer on her First Piano Concerto, nicknamed “Latin.” It’s the centerpiece of a program that finds another Musical America “Conductor of the Year” (this for 2019), Mexico’s Carlos Miguel Prieto, on the podium. He’ll also lead Maurice Ravel’s “Rapsodie Espagnol,” and Carlos Chevez’s “Sinfonia India.” (Feb. 3-4, 2023)

May: If you’re not familiar with Leonidas Kavakos, he is one of the world’s great violinists, a passionate player and meticulous craftsman. He’ll be both soloist and conductor for a program that features a J.S. Bach violin concerto and Johannes Brahms’ First Symphony. (May 11-12, 2023)

Also promising: The “More to Hear” project will unveil seldom-heard works by composers from marginalized populations. It launches Oct. 7 with young conductor Kensho Watanabe; concertgoers will receive a digital recording of each piece on the program.

Next spring’s slate includes the premiere of a large-scale work for choir and orchestra by Carlos Simon (May 18-20, 2023). And singer-songwriter/hip-hop artist Dessa returns Aug. 14-15, 2023, her first collaboration with the orchestra since their successful 2019 live album, “Sound the Bells.”

Season packages are available at minnesotaorchestra.org or by calling 612-371-5656. Tickets to individual concerts go on sale on July 18.