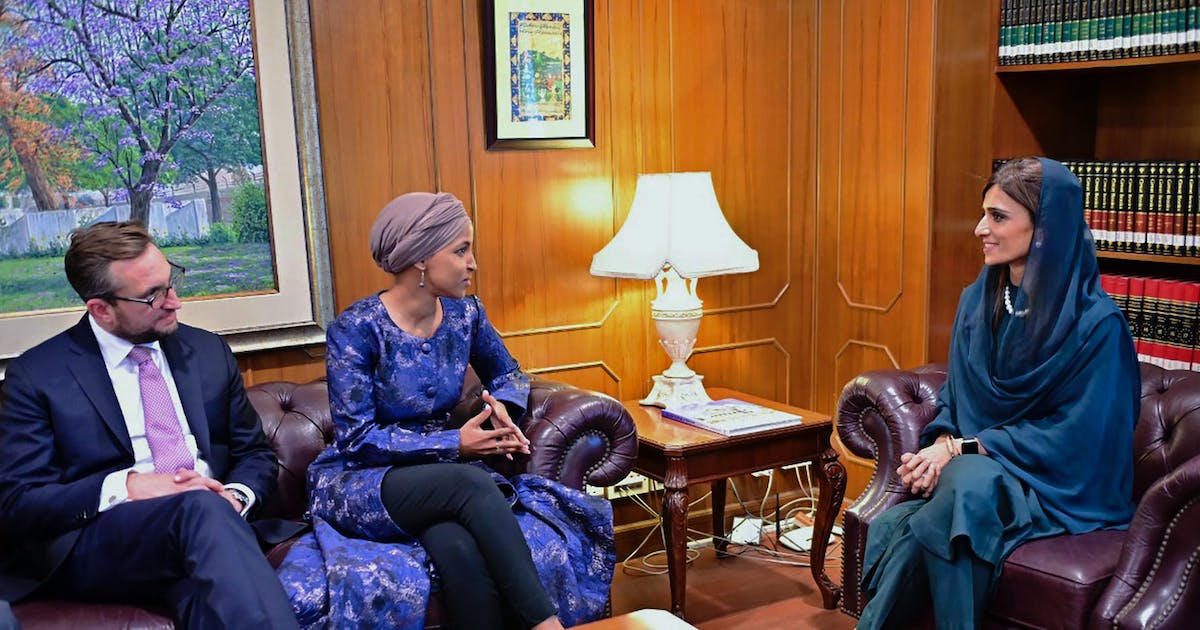 ISLAMABAD — U.S. Rep. Ilhan Omar met Wednesday with Pakistani leaders in the first visit by a member of Congress since a new coalition government came into power in Islamabad last week after the ouster of former premier Imran Khan.

According to a government statement, Omar met with President Arif Alvi at his office. Omar, one of only a handful of Muslim members of Congress, met with Khan earlier at his residence in the capital of Islamabad.

Omar is a Somali-born Muslim-American immigrant who represents Minnesota in the U.S. House of Representatives.

The statement quoted Omar as saying that both countries had “huge potential to improve and strengthen relations.” It also said Omar “appreciated the role played by Pakistan” in combating Islamophobia.

Pakistan says it was key to getting the U.N. General Assembly to approve a resolution setting March 15 as the International Day to Combat Islamophobia. The resolution emphasizes the right to freedom of religion and belief and recalls a 1981 resolution calling for “the elimination of all forms of intolerance and of discrimination based on religion or belief.”

In a statement released by Sharif’s office, the prime minister said he appreciated Omar’s “courage of convictions and her political struggle.”

Sharif said Pakistan valued its long-standing relationship with the U.S. and wanted to further deepen bilateral cooperation based on mutual respect, trust and equality.

Omar also visited Pakistan’s Foreign Ministry, where she met with the minister of state for foreign affairs, Hina Rabbani Khar.

Pakistan has been a key ally of the United States in the war on terror since the Sept. 11, 2001 attacks. But relations deteriorated last month when Khan claimed the U.S. conspired to oust his government. Washington has denied the charge.

Khan was removed from power this month through a no-confidence vote by the opposition. He has been replaced by Prime Minister Sharif, who named his Cabinet the day before.