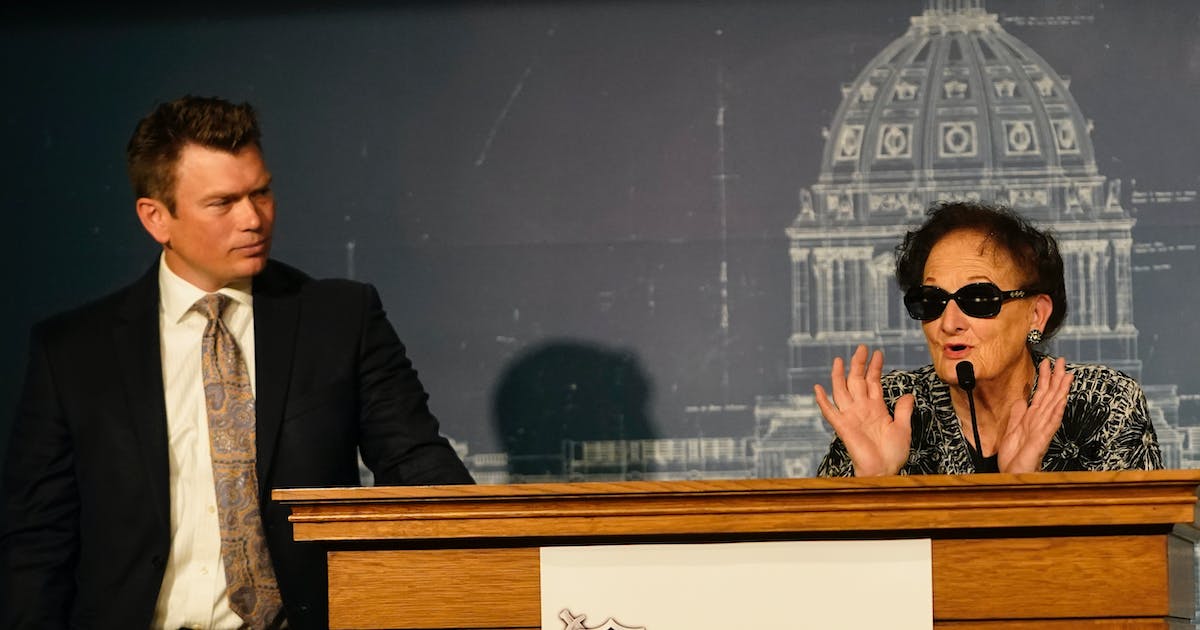 The Minnesota Supreme Court is poised to decide whether Minneapolis must hire more police officers or if the city has already fulfilled the funding requirements that fueled recent political debates.

Minneapolis’ decades-old police funding requirements have figured prominently in conversations about how to transform public safety after George Floyd’s murder in 2020. The case before the state’s high court hinges on a question of how to interpret a provision in the city charter that says Minneapolis must “fund a police force” with a minimum number of officers “and provide for those employees’ compensation.”

James Dickey, an attorney for eight North Side residents who sued the city in 2020, argued that Minneapolis must employ 731 police officers based on the latest census data.

“Our view of the charter is logical. It is simple and straightforward,” Dickey told the justices in oral arguments Thursday.

Assistant City Attorney Gregory Sautter countered that the city had met its obligations because elected leaders included funding for more than the minimum number of officers in recent budgets. What the city does after that is “fundamentally discretionary” and largely in the hands of Mayor Jacob Frey, he said.

It’s too early to tell when the justices might hand down a decision, but already the case has affected City Hall operations. The city has accelerated police recruiting efforts but has struggled to increase the department’s ranks as officers have left at unprecedented rates. It cited the case this year to support a new contract agreement that gave officers $7,000 retention bonuses.

Minneapolis’ elected leaders have argued in recent years over how many officers the city should employ as it fields demands to rethink safety and curtail the worst violent crime increase in decades.

The police force has about 280 fewer officers than it did at the time of Floyd’s murder. City data showed the Police Department had 621 officers on its payroll as of late May, including 39 who were on a “continuous leave” lasting some two weeks or longer. The city said in written briefs that it contacted 790 officer prospects, but “recruitment has been difficult.”

After Floyd’s death, city leaders moved some police funding to other programs, but they have since more than restored it. The Police Department began 2020 with a roughly $193 million budget and now has about $196 million, following a recent vote to use some American Rescue Plan funding on police programs.

Troubled by violent crime, the North Side residents — including congressional candidate and former City Council Member Don Samuels — sued the city months after Floyd’s murder. They argued that officials weren’t fulfilling the charter requirement to employ a minimum number of officers.

Hennepin County District Judge Jamie Anderson sided with the North Side group and gave the city until June 30 to hire more officers or demonstrate in good faith why it can’t. The state Court of Appeals unraveled that order this spring, saying the charter “clearly imposes a duty” on the City Council to fund a police force with a minimum number of police officers, but it does not require the mayor to continuously employ them.

Attorneys for the residents are asking the Supreme Court to restore Anderson’s order. Justices spent nearly an hour Thursday questioning attorneys for both sides.

Sautter, the city’s attorney, repeated earlier statements that the charter requires the city to fund — but not continuously employ — the minimum number of officers. “Managing a police department fundamentally involves discretion,” he said.

Dickey called that “almost incomprehensible,” saying “they have no discretion to ignore the law.”

The minimum police funding requirements date to the 1960s when voters — amid another debate over crime and police staffing — approved a ballot question asking whether “to increase the Police Force by establishing a ratio of 1.7 employees per 1,000 residents.” Last November, voters rejected a proposal that would have eliminated those requirements and cleared the way to replace the Police Department with a new agency.

The justices’ questions Thursday touched on a variety of issues, including whether those requirements changed when voters in 2013 signed off on a separate proposal designed to update and simplify the charter language.

It’s not entirely clear what will happen if the Supreme Court reinstates Anderson’s order. Justice Paul Thissen noted that the city is not likely to have 731 officers by month’s end. The attorneys, prompted by justices’ questions, discussed several hypothetical options, including a consent decree or holding various elected officials in contempt of court.

“We’ll only know what happens when it happens,” Sautter said.