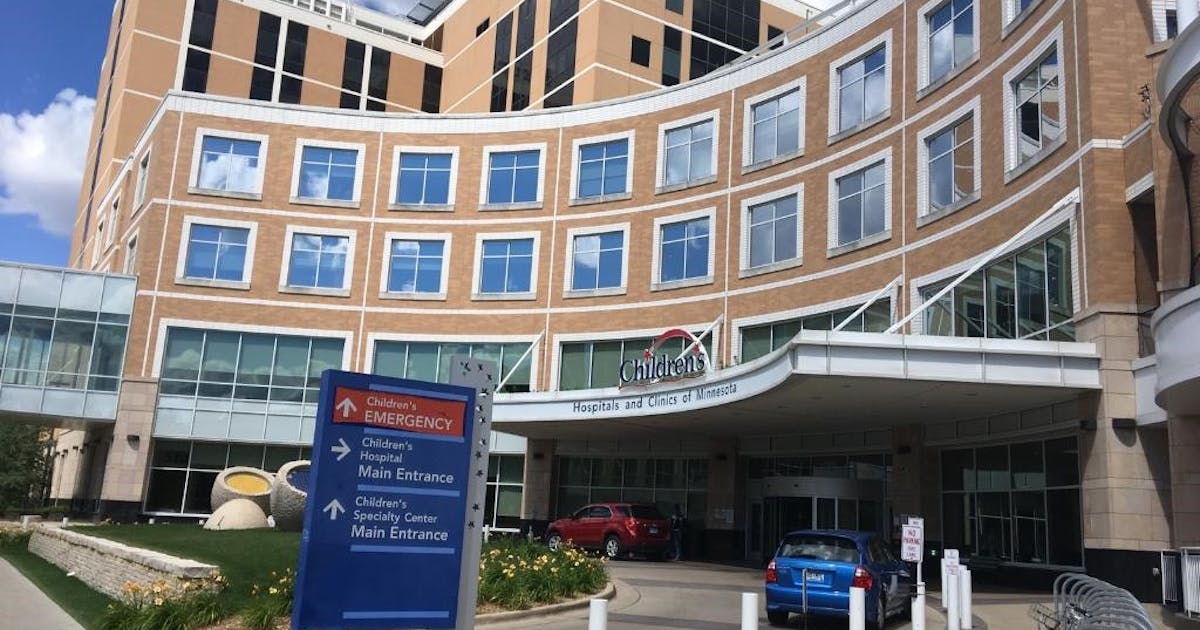 Angela Reichert’s 13-year-old child doesn’t need inpatient care but has been in the hospital for a month — stuck there because a combination of autism and easily-triggered aggression makes the teen tough for anyone else to handle.

Hennepin County took over custody when a string of outbursts left the mother too fearful to house her teen. But the county, like the teen’s mother, could not find a group home or residential treatment center right away that was capable of supporting the teen.

And so the child, a vulnerable minor who is not being named in this story, sits at Children’s Minnesota. The Minneapolis hospital has provided art and games such as virtual bingo, as well as regular weekday access to an educator, but hasn’t let the teenager outside. Strict security and supervision requirements for a county ward make it challenging.

“I love being outside. I just love nature,” the teen said in a conference call Reichert set up in the hospital room. “I love going on bike rides, but I don’t need a bike. I can just walk.”

The confinement of children with mental and behavior problems to hospitals has grown more severe during the pandemic, with an increasing number waiting weeks or even months for an opening in a treatment center. The crisis is drawing renewed attention from state lawmakers this spring as they scramble to adjust Minnesota’s state budget.

M Health Fairview Masonic Children’s Hospital in Minneapolis has seen such a surge of troubled children since last fall that it has sheltered them in an ambulance bay. Fairview’s Southdale Hospital also has sheltered a 16-year-old boy for more than 50 days, while a grade-school-aged child has been boarding at Ridgeview Medical Center in Waconia for more than a month.

Gov. Tim Walz and legislative leaders on Wednesday announced an additional $60 million in state spending over the next four years on mental health — giving it a unique line item to ensure it doesn’t get traded away this week in broader health budget negotiations.

How best to spend the money and stem the increase in children boarding in hospitals is a matter of disagreement, though. The needs of extreme cases are being balanced against the larger group of children needing outpatient care for levels of anxiety and depression that were exacerbated by the isolation of the COVID-19 pandemic. Increased investment in school-based mental health services could increase access, for example, and help children before they reach crisis levels.

Children’s Minnesota is seeking legislative permission to expand its St. Paul hospital and open a 22-bed psychiatric unit next fall, but will do so even if it has to compensate by shutting down beds in other areas. More beds would reduce delays, but not necessarily for children such as the 13-year-old in Children’s who needs long-term shelter rather than short-term inpatient psychiatric care.

State Sen. Jason Isaacson, DFL-Shoreview, proposed creating a new level of care, the urgency room, that could stabilize children who have psychiatric or behavioral crises but no medical needs. Isaacson proposed the idea after a parent called in distress about a child at risk for self-harm who waited in an ER for days, and spent a night sitting in a hallway recliner.

“That’s just a traumatic place to be in the first place,” Isaacson said of emergency rooms.

An existing alternative is the Southeast Regional Crisis Center, a drop-off center in Rochester, Minn., for children 10 and older as well as adults in crisis. The center includes 16 short-term residential treatment beds and opened last summer with $5 million in state funding.

While better crisis shelters are needed, an urgency room ultimately replaces one source of temporary boarding for another and doesn’t address the lack of residentials facilities and group homes capable of providing long-term care, said Sue Abderholden, executive director of NAMI Minnesota.

“Kids are being assessed in the ER,” she said. “Assessment isn’t the issue. The issue is they don’t have anywhere to go.”

Abderholden said group homes and residential treatment centers have agreed with more state funding to open available beds for crisis situations. Funding is particularly needed to recruit and retain staff in such facilities, which have been closing or reducing beds because of worker shortages.

Separate from state funding, Abderholden said private insurers can help by paying for care at psychiatric residential treatment facilities, a level of care the state created in 2015 specifically for challenging children.

Reichert has struggled with her oldest child for years, according to court paperwork. The child at one point tackled Reichert to the ground, and the mom defended herself and called police for help.

In addition to autism, Reichert’s child has been diagnosed with anxiety and disruptive mood dysregulation disorder, which means chronic irritability and frequent, intense outbursts.

The county removal was based on the parents being unable to provide shelter after a hospitalization in March at Masonic Children’s, which occurred after the child assaulted a psychiatrist and was physically aggressive with ER staff. The father tried to take the child in but then had to call police three nights in a row in response to outbursts, according to court documents. The mother declined to take the child back for fear of safety for her 8-year-old daughter.

The decision was agonizing, knowing she was losing custody but also that there was now court paperwork accusing her of neglect. Reichert said her child just needs the appropriate support in a community setting and has a wonderful love of poetry and social justice and the ukulele.

The child “is feeling really, really sad and isolated and ready to get out” after spending a 13th birthday this month in the hospital, Reichert said.

A group home in the north metro might have space soon, but Reichert and the teen are trying not to get their hopes up. The teen scribbled feelings in verse and read them aloud.

“I don’t want sun, I need sun. I want to experience the air and oxygen that I’m currently not getting. I just need justice, not only for me but for everyone in this hospital.”

“That is beautiful,” the mother said.

“Thank you, Mom,” the child replied.