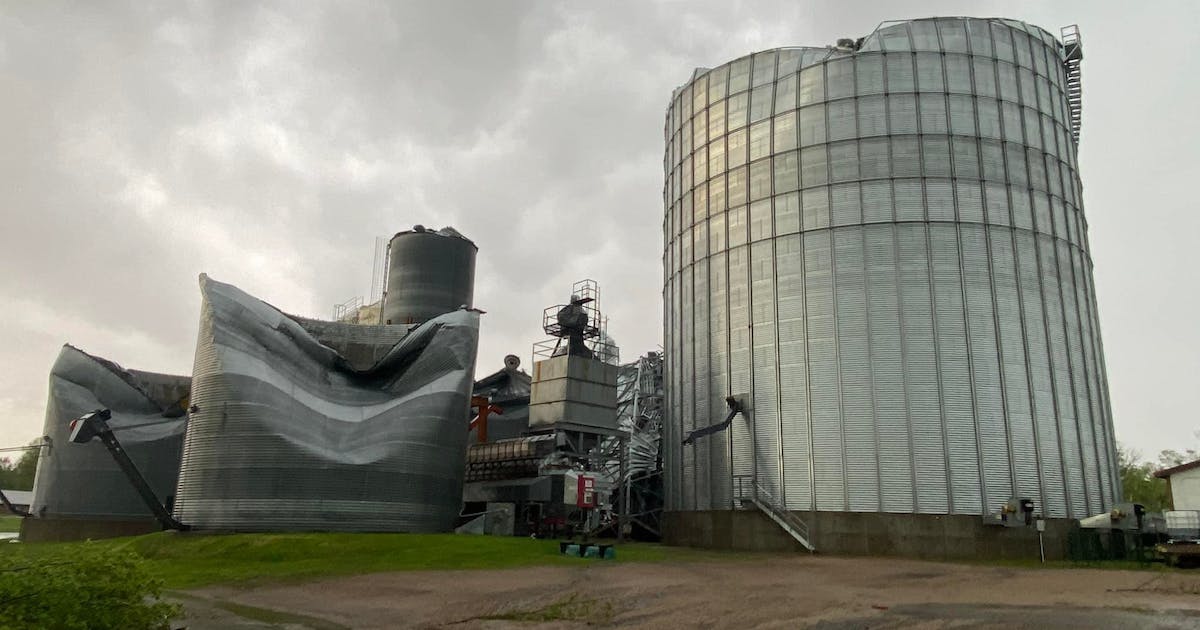 A line of strong storms including destructive tornadoes swept across Minnesota on Monday, leaving a dotted trail of damaged buildings, hail and power outages.

At least 75 structures were damaged, numerous trees uprooted and stripped from an afternoon tornado and high winds that also left residents without power in the western Minnesota city of Forada, said Mayor David Reller. After going door-to-door, emergency responders knew of no fatalities or significant injuries Monday evening.

Several hotels in neighboring Alexandria offered rooms to residents who needed them.

“It’s tragic as far as physical damage,” Reller said, speaking from the town’s fire hall which was running on a generator. “We got hit hard, but we’ll come back strong.”

Social media posts showed photos of several damaged homes in a mess of ripped roofs and siding and twisted metal, including along Forada Beach Road.

The National Weather Service’s Twin Cities office in Chanhassen confirmed tornadoes in several other spots in western Minnesota, too.

Meteorologist Todd Krause said officials used photos to confirm that a tornado also landed near Appleton, Minn., about 70 miles southwest of Forada. At least one other tornado was reported to the Weather Service along the South Dakota border in the Minnesota towns of Trosky and Jasper.

Reports of damage popped up across Minnesota after the storms swept northeast through the state starting Monday afternoon and reached the Twin Cities metro area about 7:30 p.m.

Extensive property damage was reported in and near Eagle Bend, the Todd County Sheriff’s Office said. No injuries or deaths were reported in the small community. Many roads were impassible after the storms rolled through. Power could be out for up to 48 hours, the sheriff’s office said in asking residents to “please check on your neighbors, especially the elderly in the coming days.”

Various severe weather warnings and watches had been issued for large swaths of Minnesota throughout the afternoon and evening.

At one point in the afternoon, the National Weather Service had issued a tornado watch for a large central portion of the state, calling it a “particularly dangerous situation.”

“We do not include this wording often,” the service wrote. “The environment favors strong tornadoes and anyone in the watch needs to monitor this situation closely.”

Hail was reported near Duluth as well as in central, western and southwestern Minnesota, according to the Weather Service. Golf ball-sized hail was reported in Lowry and Starbuck in west central Minnesota. There were also numerous reports of downed trees from high winds in many parts of the state affected by the storm.