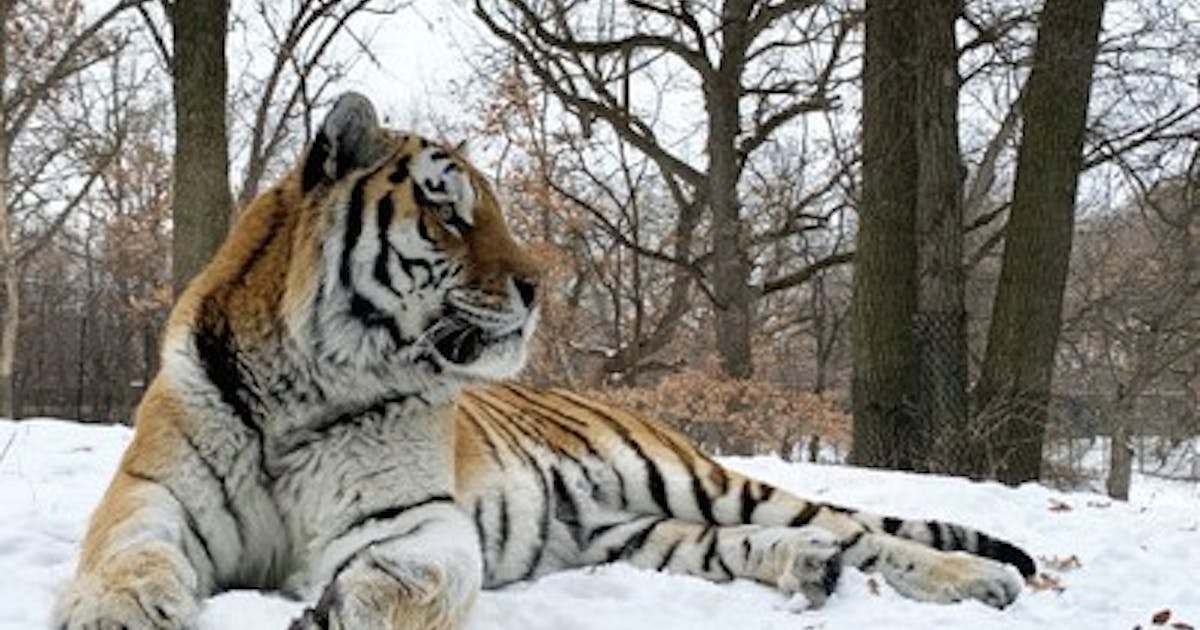 An Amur tiger at the Minnesota Zoo died of cardiac failure Wednesday while undergoing a routine medical procedure.

“This is a profound loss,” the Minnesota Zoo said in a news release about the tiger named Putin. “Despite heroic emergency efforts of veterinarians, animal health technicians and zookeepers, he did not survive.”

The zoo has a long history with tigers. The first tigers came to the zoo more than 40 years ago. Since then, the zoo has seen 44 tiger cubs born and become a world leader in tiger care and conservation, the release said.

“Today is an incredibly hard day for all us at the Minnesota Zoo and we will be mourning for quite some time,” said Minnesota Zoo Director John Frawley.

The 12-year-old tiger, who came to the Minnesota Zoo in 2015 from Denmark, was undergoing a “preventative health exam” that included the collecting of samples to assist with breeding efforts, the release said.

Breeding and specimen collection are of critical importance, the release said, especially with a species like the Amur tiger, which is threatened worldwide. There are about 103 Amur tigers in Association of Zoos and Aquariums (AZA) zoos in North America and likely less than 500 of the tigers living in the wild.

Putin had sired multiple cubs, including one born in 2017 at the Minnesota Zoo, so his legacy lives on, the release said.

The University of Minnesota will conduct a necropsy on the animal, the release said.