Minnesotans head outdoors as the state snaps out of cold spell 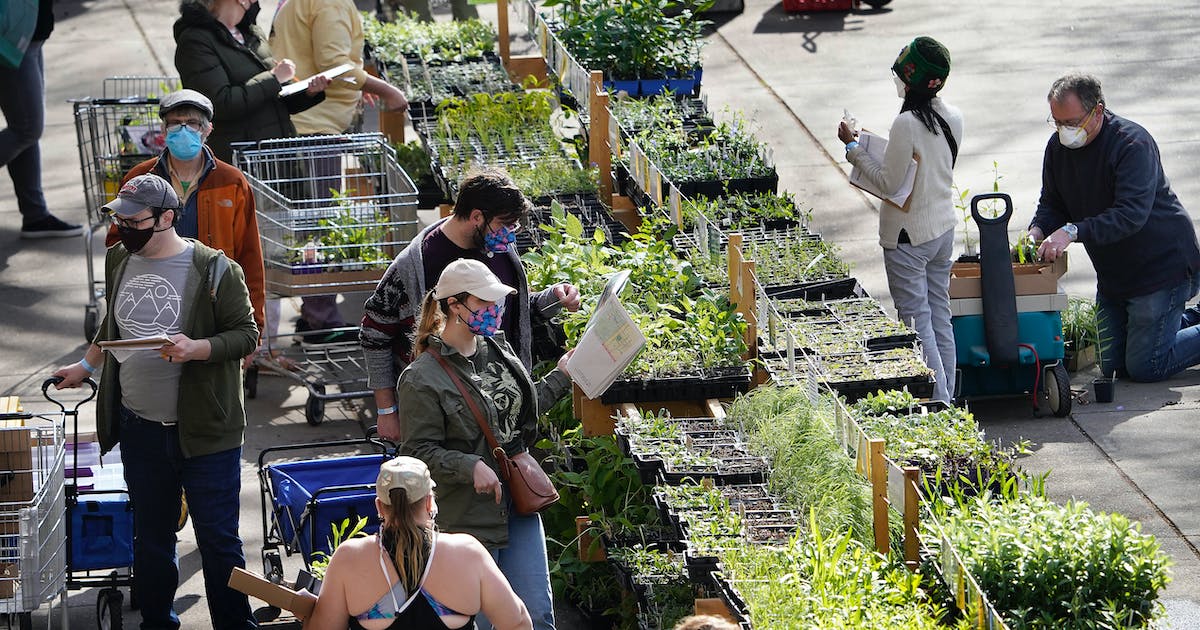 Sweat dripped down the face of Nick Hartman as he jogged along Victory Memorial Drive in Minneapolis on Friday morning. It was only his second outdoor run of the season.

After four months of mostly gray skies and below normal temperatures, Minnesotans busted out of their winter doldrums as the mercury in the metro touched 70 degrees on Friday for only the second time this year.

“It feels great; It’s nice to have warm weather,” said Hartman, of Minneapolis. “I’ve been using a treadmill to keep my fitness up. I think it will get a lot less use.”

Several warm — even hot and “Florida-like weather” — days are ahead and the Twin Cities could flirt with record-setting heat with temperatures in the mid to upper 80s by Wednesday, said Ryan Dunleavy, a meteorologist with the National Weather Service in Chanhassen.

“Get out and enjoy it before it gets too warm,” he said. “This is a good transition to summer.”

Michelle Furlong rose long before sunrise on Friday to be among the first at the Friends School Plant Sale at the Minnesota State Fairgrounds.

“The cold has been so hard. The sun feels wonderful,” she said “I’m ready to get in the dirt.”

“I guess there was a pent-up demand due to the late spring,” she said.

A crush of shoppers also descended into Gertens Garden Center in Inver Grove Heights ahead of Mother’s Day Sunday. Hot-selling items Friday included hanging baskets and tubs of flowers, but others loaded up on grass seed, fertilizer and supplies to clean up their lawns, said Gino Pitera, one of the store’s partners.

“It’s all kind of converging,” he said, noting that people couldn’t get outside during the cold and rainy April. “Everybody is spring-starved. There is a lot of catching up to do.”

The Twin Cities recorded its only other 70-degree day this year on April 23 — two weeks later than the average based on weather records dating to 1873, according to the Minnesota Climatology Office.

On Friday, bicyclists, dogwalkers and parents pushing toddlers in strollers seemed to have a bounce in their step, smiling and waving as they passed each other on Victory Memorial Drive. Porcha Shadd, of Minneapolis, lingered and soaked in the sun, thankful to have shed a jacket and donned a tank top and shorts.

“It’s just nice to be outside,” she said. “Gotta get out of the house.”

Marina operators worked at a steady pace to get boats into the water. “We’re launching as fast as we can,” said Gigi Jabbour, Tonka Bay Marina owner.

For at least a month, business at Tangletown Bike Shop in Minneapolis has been brisk with people anticipating warmer weather, said owner Mike O’Leary.

“People want to get out because they have cabin fever,” he said. And with the steady rise in temperatures, more people have been walking through his door, he said.

But not all Minnesotans will soak in spring this weekend. Up north, die-hard skiers will hit Lutsen Mountains one last time.

The ski resort officially closed last weekend but general manager Jim Vick said snow conditions (3 feet of snow on Eagle Mountain) and an ideal weather forecast (50 degree temps) is perfect to reopen Saturday — a rarity for the second weekend in May.

The bonus ski day is the result of an above-average snowfall that blanketed the resort this year and cooler-than-normal temperatures in April, Vick said.

“It will be a little bit of a celebration of the season,” he said. “A good final day.”

Even avid snow-loving Minnesotans will soon have to acquiesce to spring.

Although nearly a foot of snow still covered the forest floor in the Crane Lake area in northeastern Minnesota and 5 inches are on the ground at the Wolf Ridge Environmental Learning Center in Finland northwest of Silver Bay, it’s going fast, said Justin Schultz, a meteorologist with the National Weather Service in Duluth.

That is music to the ears of eager anglers ready to navigate open waterfor next week’s fishing opener. In northern Minnesota, some lakes are still covered in ice.

Brad Parsons, fisheries section manager for the Minnesota Department of Natural Resources, was a bit nervous a couple weeks ago that winter would overstay its welcome and obstruct anglers on a lot of northern lakes.

“But the weather has flipped and we now have a chance there,” he said. Warmer temperatures, wind and even rain may melt more ice.

On Friday, Pete Boulay with the climatology office added another 32 lakes to his tally of lakes with ice out.

“I think we finally broke the cold spell,” he said.

While May can deliver bouts of cool weather, the warmth is likely here to stay, Dunleavy said. “The 30s and 40s are out the door for the year.”