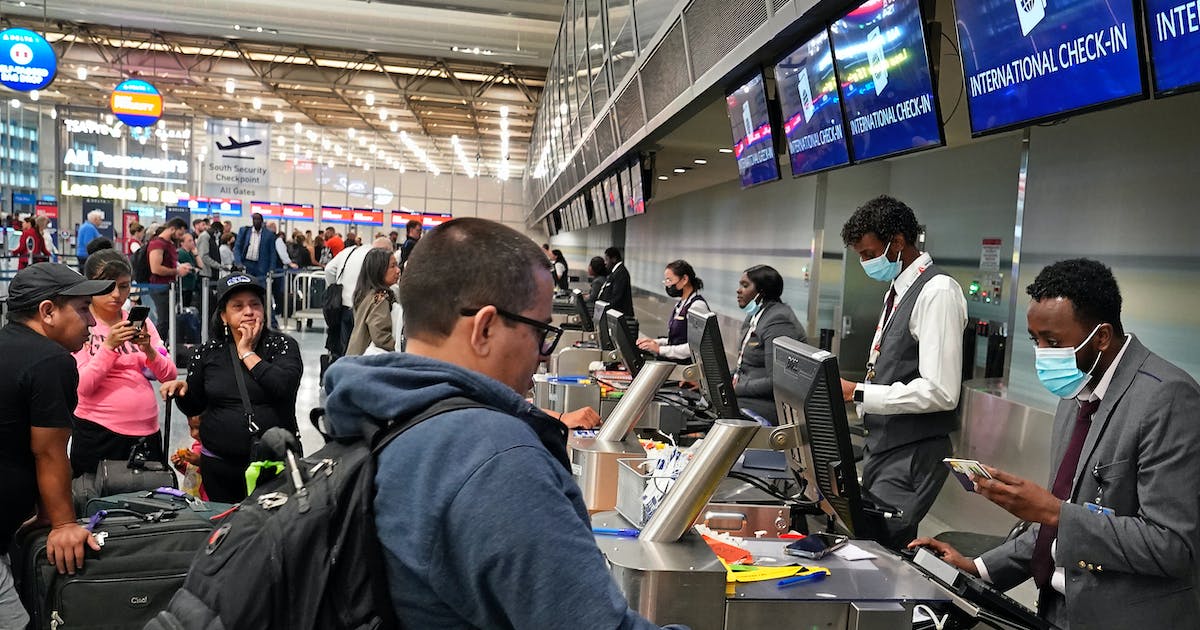 People with an overwhelming urge to bust out of their pandemic bubbles are driving a surge in demand to travel this summer. But they’re facing major sticker shock.

The average cost of a domestic airline ticket is up more than 30% compared to the same time in 2019, according to industry observers. Travelers also will pay more — sometimes a lot more — to rent a car, stay in a hotel or fill up their gas tank, making even road trips more expensive.

Nevertheless, it appears many are undeterred, leading the travel industry to brace for a banner summer season that will resemble pre-pandemic times.

“Record numbers are expected at parks, theme parks and airports,” said Pauline Frommer, co-president of FrommerMedia and editorial director of Frommer’s Guidebooks. “After being stuck at home and having all this uncertainty in their lives, people want to go celebrate life and see their families who live far away.”

Costs may be rising but the economy is stable and people are back working, Frommer said. “Even with inflation, people know they have money coming in. They may eat out less while vacationing and picnicking more. They may not go to every attraction. They’ll cut corners. But they’re still getting out there.”

Fortunately for Tristan Klausegger, 37, of Minneapolis, he booked flights to Orlando and California earlier this year before ticket prices went up. He’ll also be making roadtrips closer to home, such as the North Shore, as he did during the first two years of the pandemic. Next year he might rebook the trip to Tokyo that he canceled in 2020.

Although costs are on the rise, Klausegger said traveling is his long-held passion: “So I’ll always find a way to go by saving up money.”

According to statistics compiled by Hopper, a travel app, domestic airfares this summer are up 34% compared to 2019 — the result of higher jet fuel prices and demand that’s outstripping airline capacity.

The average cost of hotel stays, according to Hopper, is up 36% compared to 2019. Car rental rates continue to rise after car companies reduced their fleets early in the pandemic and struggle to rebuild them in face of supply chain problems.

For those driving, AAA reports the national average for gas is up more than $1.30 a gallon from a year ago.

“People are deciding en masse that they’re ready to get back out there, even compared to a couple of months ago,” said Kyle Potter, executive editor of the Minnesota-based Thrifty Traveler website.

During the past two years, he saw bursts of travel that set pandemic highs. But this summer is expected to be the busiest stretch since before the pandemic, and it could even exceed numbers seen in normal times, he said.

People not only have a pent-up desire to go somewhere, their choices are broader as COVID-19 restrictions have loosened and sometimes disappeared. Masks are no longer required on U.S. airlines and many countries no longer require vaccinated people to test negative for COVID before entering, Potter said.

The United States, however, still does, making it a high-stakes decision to travel internationally, he said.

“If you test positive, then you’re there for another week or two on your own dime,” Potter added.

While that may keep some from traveling abroad, others are gambling that U.S. authorities will eventually drop the testing requirement for vaccinated people, Potter said.

Once that requirement goes away, Linda Snyder, vice president of travel and retail services for AAA Minneapolis, expects demand for international travel will go up even more.

Many are booking “bucket list” trips — to Europe and ocean and river cruises, with some cashing credits for trips they canceled in 2020 when the pandemic began. Extended family trips and destination weddings are coming back.

Still, some travelers may get sticker shock when they look at the cost of a flight, especially compared to the artificially low prices when airline travel fell off sharply early in the pandemic, Potter said.

“Domestic flights are quite expensive this summer — as expensive as I have seen them in at least five-plus years,” Potter said.

But there are deals if people can be flexible where and when they go, he said. He and his wife wanted to rebook a trip to London that they had to cancel in 2020 but couldn’t justify this year’s prices. They’ll fly to Turkey instead.

Once people book their flights, they can expect full planes. That means when problems such as bad weather force cancellations, it can be tough to find empty seats on other flights.

Over the last year, several airline meltdowns occurred when a cascade of flight delays and cancellations left people stranded.

Brian Davis, Sun Country Airlines chief marketing officer, said the industry is doing its best to rebuild after the pandemic forced it to shrink capacity.

“Instead of multiple flights across multiple days for customers to choose from, there might be limited options,” he said.

The airlines, he said, are making adjustments to better prepare for the pent-up demand. For example, Sun Country canceled its flights to Hawaii this summer because the long-haul flight uses a lot of fuel and requires more crew members than shorter flights.

“Trimming those out of the schedule helped us free crews, planes and resources, putting us in a stronger position to operate and complete other flights in the schedule,” Davis said. “But we probably can’t fly enough flights to capture all the demand.”