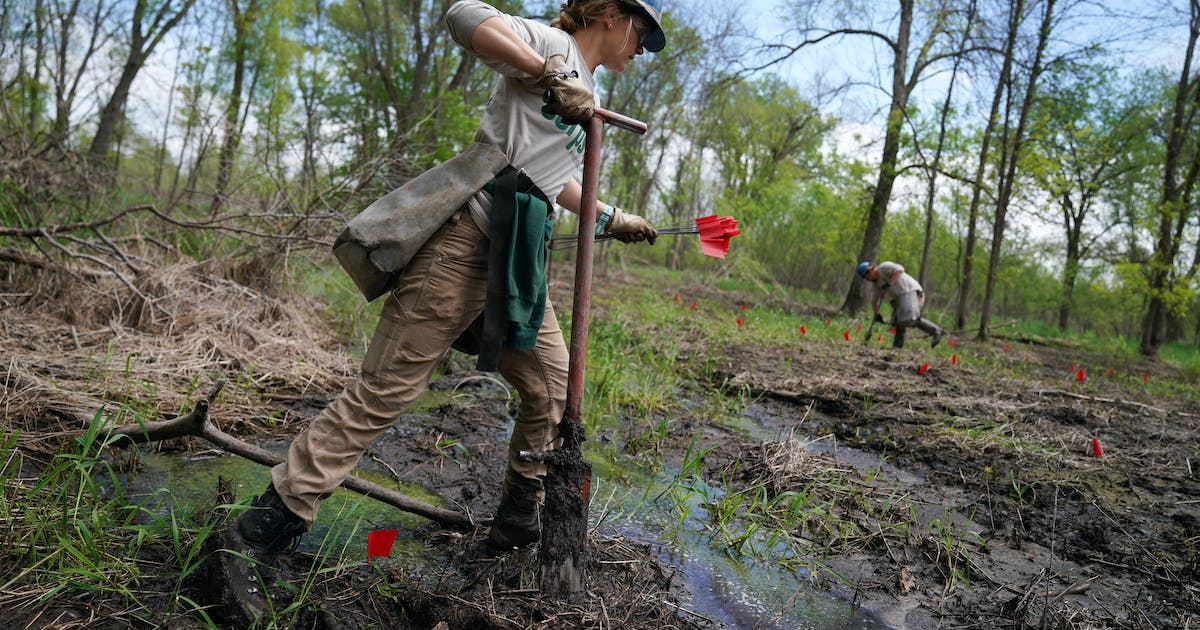 The public has until April 29 to comment on Minnesota’s new plan for combating climate change, a road map for action that would touch nearly every aspect of life in the state.

The 65-page draft of Minnesota’s Climate Action Framework issued in February is posted on the Climate Change Subcabinet’s website along with the e-mail — climate.mn@state.mn.us — to submit feedback.

The draft came out about six months after the United Nation’s Intergovernmental Panel on Climate Change issued its influential “code red for humanity” report stating that climate change is “widespread, rapid, intensifying, and some trends are now irreversible.”

The final plan, due out this summer, will contain new recommendations for changes that would slash the heat-trapping greenhouse gases Minnesotans are pumping into a choked atmosphere.

It’s not the state’s first climate change plan over the years but it’s the first issued by a group elevated to the level of state subcabinet. Some of the priorities, such as changing building codes, will require Legislative approval, according to the subcabinet.

Minnesota has warmed by 3 degrees Fahrenheit since 1895, with winters warming much faster than summers, according to state environmental regulators. The state is also becoming much wetter and more flood-prone although last year’s drought, connected to the climate-driven drought in the West, deviated from that trend.

In an interview, Kenny Blumenfeld, senior climatologist at the state Department of Natural Resources, encouraged people to read the draft and comment. The plan needs the feedback to improve it and, he said, “bring new ideas to light.”

“It’s one of those civic responsibility things,” he added.

“For decades scientists have been pointing to climate change creating a significant hazard and now it has begun and we have failed to meet every single goal that we have set out to achieve as a society,” Blumenfeld said. “We’re behind and we need to catch up.”

Some action points are familiar. It calls for upgrading the electrical grid to integrate more renewable energy, building out the network of electric vehicle charging stations and increasing investments in lower-carbon biofuels and non-motorized transportation such as cycling.

The plan also calls for accelerating the restoration of Minnesota’s wetlands, forests and grasslands to increase carbon storage and create habitat corridors for wildlife on the move.

The draft recommends several significant changes to reduce greenhouse gases from agriculture by 25% by 2035. It calls for reducing the amount of fertilizer used, and deploying anaerobic digesters to break down animal waste. It also calls for funding research, supply-chain and market development for perennial and winter cover crops such as Kernza, that are easier on the soil.

In cities, the plan calls for planting more native shade trees, and changing codes and standards for large new commercial and multi-family buildings to zero out greenhouse gases by 2036.

It also emphasizes training workers for jobs in a low-carbon economy, and for those who are underrepresented in agriculture, forestry and natural resource conservation.

Gov. Tim Walz created the Climate Change Subcabinet in 2019, calling global warming “an existential challenge.” Multiple working groups totaling more than 200 people from across the state helped develop the draft framework. A public meeting on the draft was held in March, and recorded.

During that meeting, advisory council member Marco Hernandez, policy director of the coalition Tending the Soil, said he was pleased with the draft because each section includes actions to further environmental justice. Hernandez said he thinks a key challenge ahead is work on enforcement and funding.