Minnesota's teacher of the year from Onamia aims to be a voice for community, students 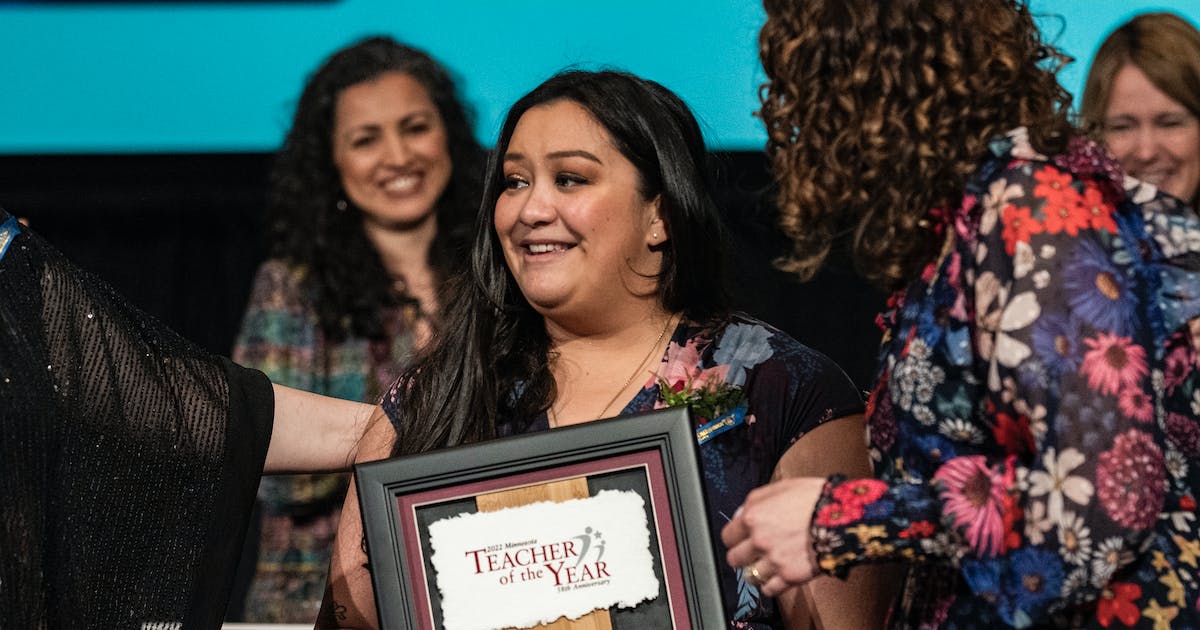 Sarah Lancaster knew she wanted to be a teacher as soon as she became a student. As a kindergartner in Onamia, Minn. — a city of about 800 in Mille Lacs County — she discovered a love of reading and a hunger for learning.

School offered her a window to the world outside her home life. Lancaster is the youngest of 15 children. Her father was 45 when he arranged marriage with her mother, a 13-year-old immigrant from the Philippines, she said.

“My teachers instilled in me a love of being in the classroom,” Lancaster said. “They showed me what a safe space looked like and made sure I was cared for.”

Lancaster, 31, now aims to do the same for the students she teaches in her hometown, where she’s the only licensed teacher of color in a district that serves a large population of Native American students. Her commitment was recognized Sunday when Lancaster was named the 2022 Minnesota Teacher of the Year.

She is the first teacher of Asian Pacific Islander descent and the first from the Onamia district to win the title.

Next fall will mark Lancaster’s 10th year as a teacher in Onamia. She has also coached students in volleyball, track and field and debate and directed the high school musical. Outside school, she volunteers with Girl Scouts and serves as the president of the Onamia Area Civic Association.

Lancaster said her involvement allows students to see her in multiple leadership roles, which may inspire them to serve their community as future leaders.

Her own childhood also informs her teaching and the example she wants to set.

“I think about what kind of backstories these students have,” Lancaster said. “What are they carrying and how can I help them address those barriers to be who they are?”

“No matter the age of the students she is working with, Sarah displays an unrivaled amount of passion for student education and improvement,” Martin wrote.

Although the pandemic brought new challenges to teaching, it also strengthened partnerships between educators and parents, Lancaster said.

She hopes to use her position as Minnesota Teacher of the Year to further fortify those relationships, she said. She also aims to find ways to address student mental health needs and recruit and retain educators of color across the state.

The percentage of teachers of color in Minnesota falls far short of mirroring student demographics — a reality that has held true for years as the student population grows more diverse. According to a Star Tribune analysis in 2018, about 5% of the state’s teachers were people of color.

“This is an opportunity to be a bigger voice for my community, my students and families,” Lancaster said of the title. “When I heard my name called [as the winner], I also heard the name of all the people I’ve connected with. It felt like they were all on stage with me.”

The Minnesota Teacher of the Year program is organized by Education Minnesota, the statewide teachers union. Lancaster will compete in the national contest and serve as an advocate for education.