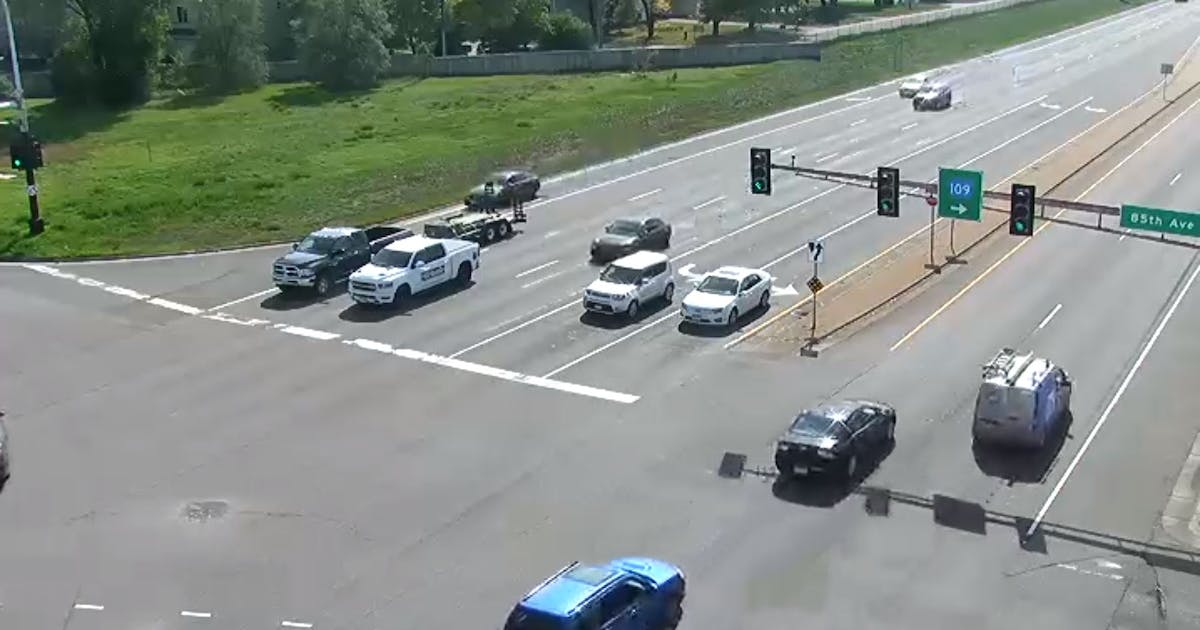 The Minnesota Department of Transportation is tossing out results from a previous study and taking another run at looking for ways to fix traffic-choked and dangerous Hwy. 252 through Brooklyn Park and Brooklyn Center.

For motorists, bicyclists and pedestrians, that means another four years will pass before any meaningful construction would begin on the corridor that sees an average of 378 crashes per year and includes five of the most dangerous intersections in the state in terms of costs in damages and injuries per crash.

Some temporary safety improvements are slated to be installed in 2023, including eliminating right turns from 66th Avenue onto southbound 252, installing flashers to warn southbound drivers about the traffic signal at 85th Avenue and extending pedestrian crossing times, said Aaron Tag, MnDOT’s Public Engagement manager during a presentation last week to the Brooklyn Center City Council.

MnDOT in 2016 identified Hwy. 252 and Interstate 94 between Brooklyn Center and 4th Street in Minneapolis as highways that need repairs. The agency conducted an environmental assessment to determine the impact of adding an E-Z Pass lane on I-94 and removing traffic signals along Hwy. 252 would have on neighborhoods.

“It was a cursory look,” said MnDOT’s Kent Barnard.

“When dealing with crashes and congestion, the answer seems to be expand the roadway,” said Nahid Khan, a 252 task force member. “Freeways induce traffic. I’d like to see other ways. There needs to be a program of open-ended community engagement.”

That will start with an open house at 5:30 p.m. April 26 at Lutheran Church of the Master, 1200 69th Avenue N., where MnDOT will show off current proposals. Two more rounds of in-person and virtual discussions are planned, Tag said.

“There is no decision about what the preferred alternative is,” Tag said. “That is far, far away.”

One idea is to remove all vehicles from Hwy. 252 and turn the highway into a dedicated transit way. Another would turn 252 into a four- or six-lane freeway similar to I-35E south of downtown St. Paul or a four-lane expressway posted at 35 mph. A third would remove the connection to Hwy. 610 and convert 252 into a local connector road.

“Public comment is a very important feature of this process,” Khan said. “It will affect residents all along 252 and 94.”

MnDOT has received nearly 1,600 comments since the new study began and Tag said input is shaping the project.

“We take everybody seriously,” Barnard said. “We want to be as transparent as possible.”