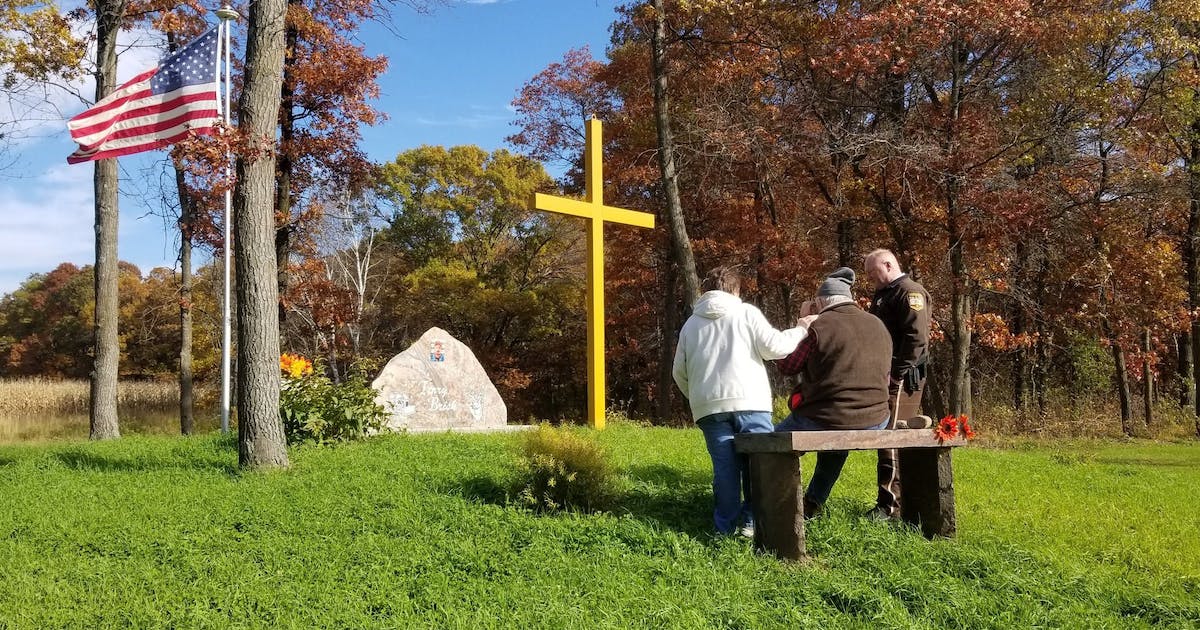 Authorities are seeking information about a blue van or minivan possibly seen the day Terry Brisk was shot to death in November 2016.

Brisk was found deceased on wooded property in Belle Prairie Township, about eight miles northeast of Little Falls, on Nov. 7, 2016. He was shot with his own gun at a family hunting spot, according to Morrison County Sheriff Shawn Larsen, who said the van may be a vehicle of interest in the investigation.

“We continue to ask for the public’s assistance in this case,” Larsen said in a Thursday news release. “Maybe it was something you observed, something you heard, or maybe it’s a vehicle or person you observed in the area on the date of the incident. Whatever information you may have about this case, we want to hear from you.”

Authorities are offering a $30,000 reward for information leading to the arrest and conviction of the person who killed Brisk. Anyone with information is asked to contact the sheriff’s office at 320-632-9233 or Crime Stoppers of Minnesota at 1-800-222-8477.

According to Larsen, Brisk was hunting on land where his parents operated a gravel pit and few people would have known he had taken the day off of work to hunt there. Family found his body later that day; his Winchester rifle was missing.

After his death, Brisk’s family erected a memorial featuring a large granite rock and 12-foot yellow cross near where he was killed.