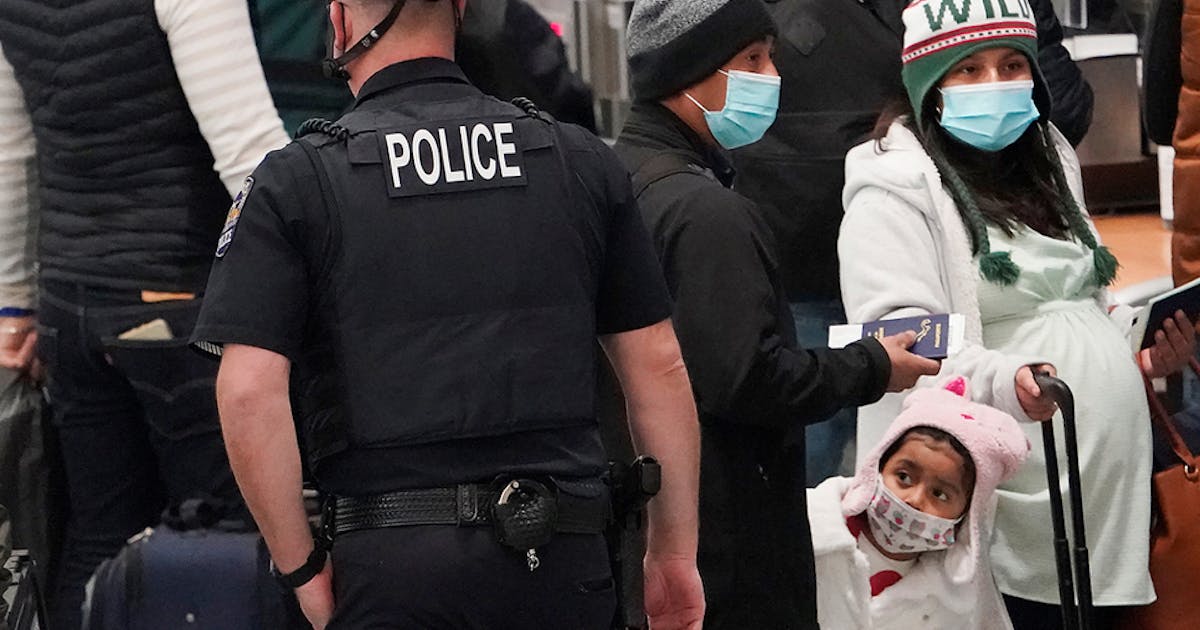 Travelers no longer have to wear face masks at the Minneapolis-St. Paul airport or while riding Metro Transit trains and buses.

The action comes after a federal judge in Florida struck down the federal mask requirement on airplanes, trains, buses and other public transportation on Monday, less than a week after the CDC had extended it through May 3.

The Metropolitan Airport Commission changed its policy late Monday and announced travelers will no longer be required to wear a face covering inside terminals and other facilities in the Minneapolis-St. Paul airport and its six general aviation airports, according to Metropolitan Airports Commission spokesman Jeff Lea.

“Effective immediately, wearing masks will be optional after the Transportation Security Administration (TSA) issued guidance that it will no longer enforce mask-related regulations and will be withdrawing security directives that required face masks at airports, on aircraft and other forms of public transportation,” Lea wrote in a statement.

Metro Transit is also no longer requiring riders to wear face masks since the federal order “is no longer in effect,” according to a statement on its website. Agency officials cautioned riders to not use public transit if they are ill.

“The Center for Diseases Control and Prevention (CDC) continues to recommend that masks be worn in indoor public transportation settings,” according to the statement. “Metro Transit encourages all riders to travel responsibly to protect their health and the health of those around them.”

The major airlines also switched to a mask optional policy. United Airlines said in a statement that, effective immediately, masks would no longer be required on domestic flights or certain international flights.

“While this means that our employees are no longer required to wear a mask – and no longer have to enforce a mask requirement for most of the flying public – they will be able to wear masks if they choose to do so, as the CDC continues to strongly recommend wearing a mask on public transit,” United said.

The decision by U.S. District Judge Kathryn Kimball Mizelle in Tampa, an appointee of former President Donald Trump, also said the U.S. Centers for Disease Control and Prevention failed to justify its decision and did not follow proper rulemaking procedures that left it fatally flawed.

The White House said the court ruling means that for now the mask order “is not in effect at this time.”

This article includes material from the Associated Press.