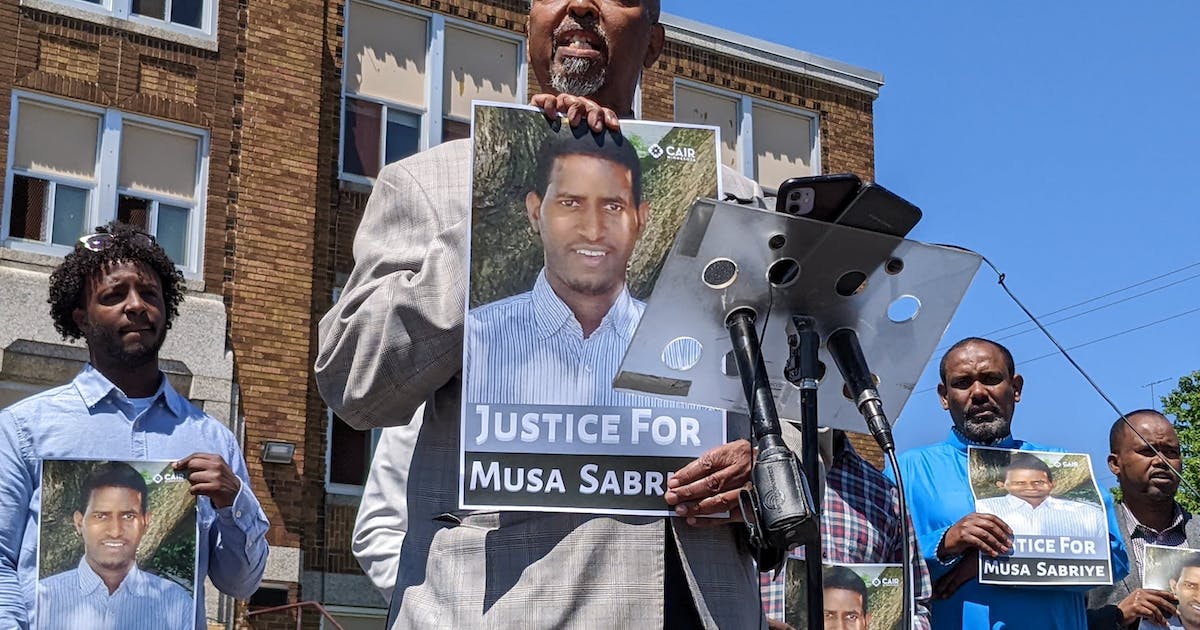 “What is critical is for us to know how Musa lost his life — what caused him to lose his life and if somebody was involved in taking his life,” said Sabriye’s brother Abdullahi Ali, speaking in his native Somali through a translator. “We need steadfastness and quick justice.”

Local police and firefighters responded to a car fire just north of Interstate 94 near Hwy. 15 a few minutes before 1 a.m. Monday, according to Waite Park Police Chief David Bentrud.

The vehicle and body were so badly damaged that authorities were unable to immediately identify the victim or the make of the vehicle. After obtaining a DNA sample, officials confirmed the remains as Sabriye and notified the family on Thursday.

Police are working with the Minnesota Bureau of Criminal Apprehension, the State Fire Marshal and the Midwest Medical Examiner’s Office on the investigation. Community leaders on Friday asked the FBI be consulted, too, to investigate whether the incident was a hate crime.

Friends and family at the Islamic Center on Friday described Sabriye as hardworking and kind. He worked at a distribution facility and was taking classes to obtain his GED, his brother said.

Jama Alimad, a Somali elder, said he feels the community generally has a good relationship with area police but wants to ensure Sabriye’s case is treated with as much diligence as other suspicious deaths.

“Musa was a productive community member,” Alimad said. “He was [part] of the future of this community. And now he’s gone.”

Mohamed Ibrahim, deputy director for the Minnesota chapter of the Council on American-Islamic Relations, asked authorities to communicate better with Sabriye’s family to keep them apprised of the investigation.

“With the lack of information, all you’re going to get is lack of community trust. And a lot of problems come from that,” Ibrahim said. So we have an opportunity right now to get ahead of this to build community trust.”