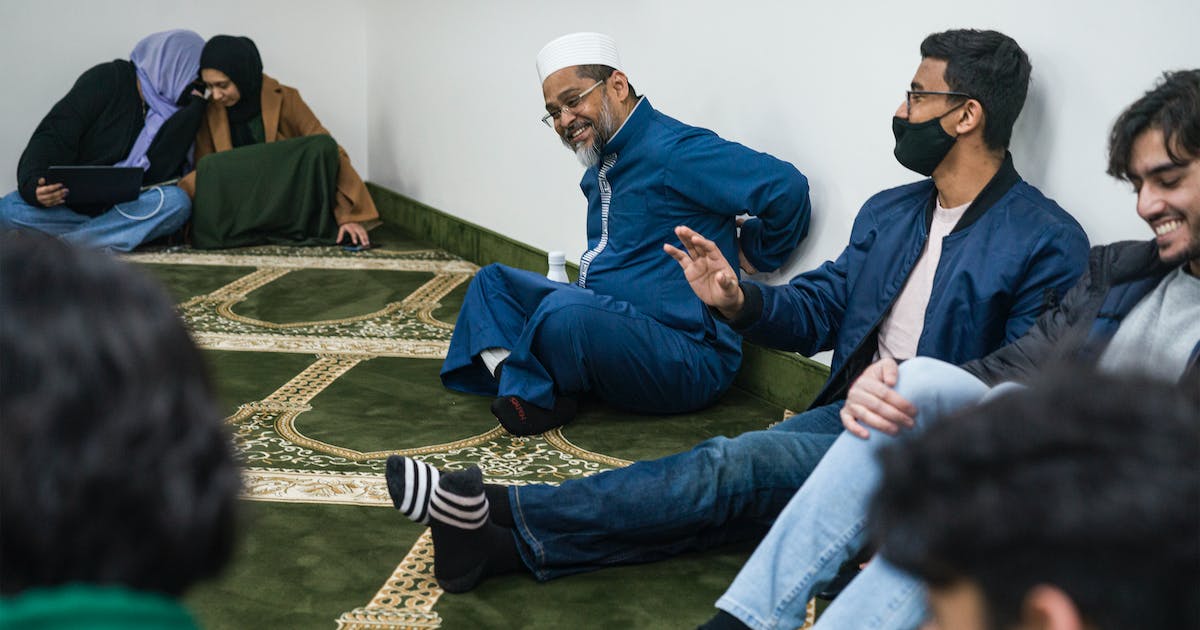 As Ramadan begins, Maaz Mohammad hopes the teens he works with at the Muslim American Society’s Blaine Community Centerwill be prepared for the Islamic holy month.

After all, they’ve been practicing for it.

Mohammad’s youth group hosted a “Ramadan rehearsal” last week for young people ages 13 and up at the Blaine mosque – encouraging them to try fasting for a day in preparation for the rigors of a month without eating or drinking between sunrise and sunset. To cap off the night of spiritual and practical preparation, they broke their fast with dates, followed by an iftar dinner of biryani and pizza.

“Coming together with people of their own age and discussing things – and having fun, of course – I think that just makes it easier to instill the spirit of Ramadan in them,” said Mohammad, who recently graduated from the University of Minnesota.

Many young Muslims begin fasting each day in observance of Ramadan at puberty. But it’s common for younger kids to try out the practice – going without food or water for a single day, or only until noon – and build towards full participation, said Sarah Chebli, Muslim American Society of Minnesota’s youth director.

Now 23, Chebli remembers spending lonely lunch hours in the library at her Minneapolis elementary school during Ramadan. That’s why she’s worked to provide a supportive environment for Muslim youth.

The Blaine event was just one of many hosted by Muslim youth groups and mosques in Minnesota to help prepare young people for Ramadan. This year’s offerings also included an Instagram live discussion held by the Muslim Students Association at the University of Minnesota and a day-long Minneapolis seminar hosted by Strive Sisterhood that focused on the religious reasons for fasting as well as topics like “maintaining a connection with Allah” and “time/energy management.”

But the idea of “rehearsing” for the holiday was a new one for Muslim American Society of Minnesota youth leaders.

When they first gathered to brainstorm what they should do to prepare for the holy month, they were grateful to be planning bigger, in-person Ramadan events for the first time in two years. They landed on the concept of a Ramadan rehearsal night.

During the March 24 event, about 60 teens participated in activities such as a Ramadan-themed quiz show, with Jeopardy-style answers “You fast between these two points in the day. What is sunrise to sunset” and “The number of days in Ramadan A: What is 29 or 30.

The youth group also hosted improv skits, including a bit about oversleeping and needing to rush to fit in a quick meal before sunrise, Mohammad said.

“I think a lot of kids really had a lot of fun,” he said. “They were just having fun acting out different scenarios and stuff, and everyone had a good laugh about it.”

To reinforce the importance of helping others, a tenet of Ramadan, youth group organizers didn’t set up tables and chairs ahead of time, as they usually would. Instead, the teens pitched in and got everything ready together, said Chebli.

“It was really nice from an organizing point of view that we didn’t have to do all the work,” she said. “It’s not because we’re lazy. It’s because we were practicing — rehearsing — helping each other during the month of Ramadan.”

Youth leaders also sought to answer the “why” behind observance — including that fasting can give insight and lead to compassion about how it feels to be truly poor and hungry.

“I trust our youth. And they do a great job,” said the Blaine mosque’s leader, Imam Walid Shadi. “The whole month, we work on ourselves to change to [be better]. That’s why we’re trying to watch everything we’re doing. Even someone can claim that he is fasting and nobody knows — only God. It is a connection between God and ourselves. That’s why it strengthens our relationship with our God. This is the main goal of the month.”

For some of the teens, the rehearsal night was their first time fasting for a day. Others, like Chebli’s younger sister Maryam, 15, who lives in Ramsey, have been abstaining from food and drink during the holiday for several years. She began in sixth grade, eager to participate after watching her older sister and friends.

“The first time I fasted I did realize it was a lot more difficult than I thought, but then as the years went on, I noticed that I started looking forward to Ramadan,” she said, adding that her secret to getting past feeling thirsty is to suck on a metal spoon.