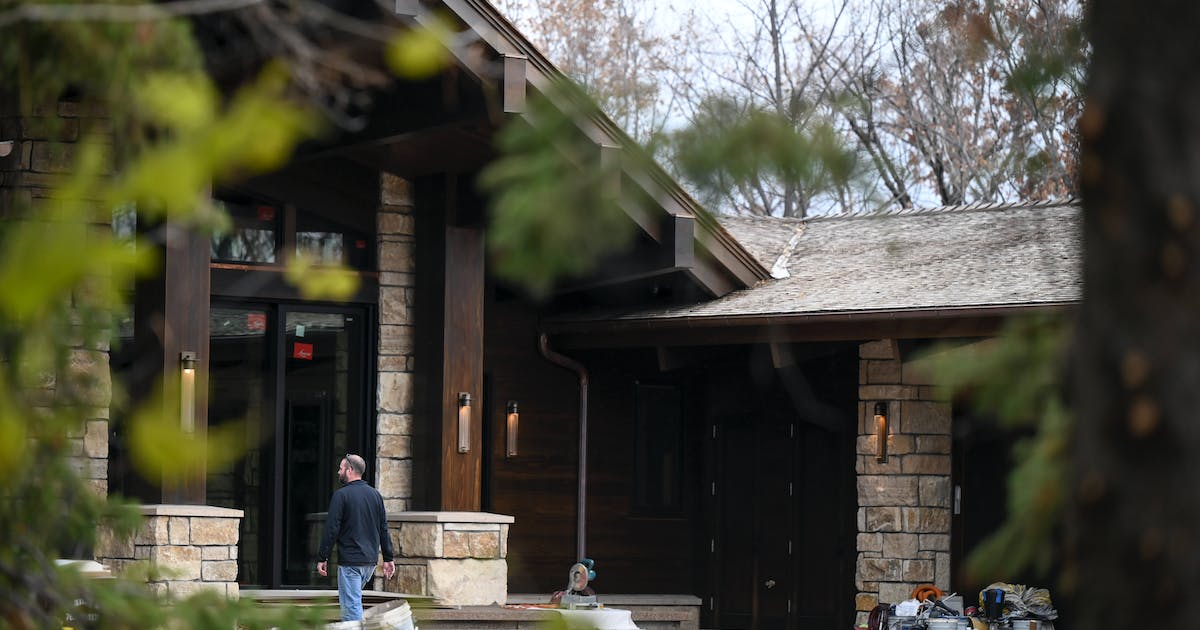 An $18 million Lake Minnetonka mansion, completed only months ago, won’t be torn down — yet.

But the Wayzata home’s future is still in doubt, as a recent legal ruling left open the possibility that the new home of Tom and Cindy Redmond on Wayzata Bay was built too close to the lakeshore, in violation of state environmental rules and city ordinances.

The Redmonds’ attorney said he’s confident they will prevail, adding that it would be absurd to think the house could be demolished even if a shoreline rule violation were proven.

“Can you really imagine some judge saying, ‘We’re gonna tear down an $18 million house?'” said William Skolnick. “I’m telling you, that house is not going to be torn down.”

In 2018, the Redmonds bought a home for $6.8 million. They tore it down and began construction of a new 8,300-square-foot home on the site, along with a detached garage of more than 1,600 square feet that neighbors have dubbed the “Garage Mahal.”

Tom Redmond is an entrepreneur and heir to the Aussie hair-care empire created by his father, while Cindy Redmond is a real estate agent specializing in luxury homes.

According to city zoning laws, the Redmond home should have been 260 feet from the shoreline. But the new home is just 95 feet away, according to court documents.

A lawsuit was filed last year by the neighbors on either side of the Redmonds, Ken and Wendy Ehlert and former Minnesota Vikings star Chad Greenway and his wife, Jenni. They’re seeking to force the Redmonds to comply with zoning and environmental laws. If they win, the new home could be ordered to be modified, moved or even torn down.

In an order issued last week, Hennepin County District Judge Edward Wahl ruled that the neighbors couldn’t contest zoning variances granted by the city of Wayzata because they didn’t file objections within 30 days, as provided for under city law.

That should have ended the dispute, Skolnick said.

“Unlike the plaintiffs, my clients complied with all the city requirements, obtained all the necessary approvals,” he said. “Chad Greenway wanted to throw a penalty flag, but the game was already over.”

However, the home and garage still could be found in violation of Department of Natural Resources (DNR) rules adopted under the Minnesota Environmental Rights Act, a landmark piece of legislation passed in the 1970s.

DNR rules say that homes and other structures may not be built in “bluff impact zones.” In his ruling, Wahl wrote that the Ehlerts and Greenways have alleged facts sufficient to prove that a violation of DNR rules is likely.

But he added that it’s too early to make that decision, and a final ruling can come only after both sides complete discovery, the legal process of making all the evidence available.

Ken Ehlert was traveling and unavailable for comment. In an earlier interview, he said the lawsuit was simply about making sure everyone plays by the same rules.

“It’s not about the neighbors being bad people,” he said. “What it really comes down to is, there’s a set of rules that we all know whenever we buy property. And regulatory authorities, like a city, have an obligation to uphold that set of rules.

“That’s their job. They work for the people.”

Correction:
An earlier version of this story incorrectly identified the previous owner of the home that was torn down.