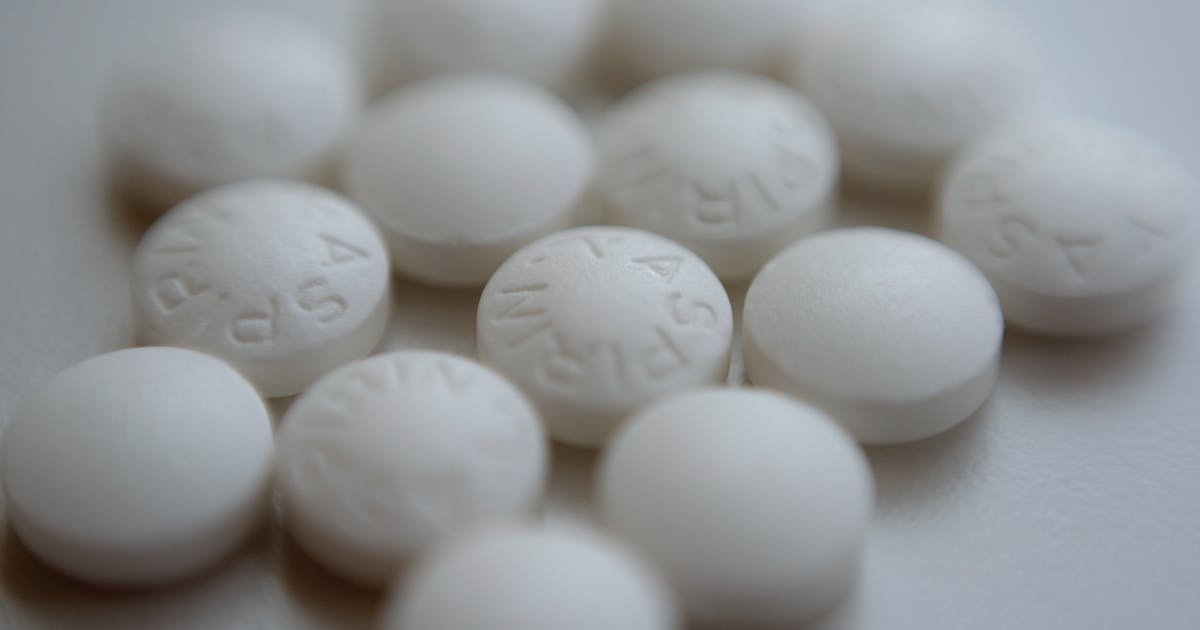 Middle-aged adults should talk with their doctors about daily aspirin if they have elevated heart disease risks, an influential national advisory group announced Tuesday, but seniors shouldn’t start taking the over-the-counter pills.

The guidance from the U.S. Preventive Services Task Force was strongly influenced by Bloomington-based HealthPartners, which used computer models to weigh aspirin’s preventive benefits of reducing heart attacks and strokes vs. its bleeding risks. The task force no longer advises anyone to initiate aspirin without talking to their doctors, but the update to its 2016 guidance doesn’t extend to the 30 million Americans already taking the pills to reduce cardiac risks.

“We found from our modeling study that the balance between potential benefits and harms is narrower,” said Steven Dehmer, a health economist with HealthPartners Institute who led the research.

The task force urges people ages 40-59 with 10% risk of heart disease in a decade to talk with their doctors about aspirin, whereas it previously recommended the pills for people in their 50s but offered no guidance to younger adults. The task force in 2016 told people in their 60s to talk with doctors but now discourages anyone 60 or older from starting daily aspirin therapy to lower cardiac risk.

“Because the chance of internal bleeding increases with age, the potential harms of aspirin use cancel out the benefits in this age group,” said Dr. Michael Barry, the task force vice chairman and an expert in shared medical decision-making at Massachusetts General Hospital.

While the guidance is specific to starting aspirin, Minnesota doctors said they expected most phone calls and questions from people already taking it. The task force until now hadn’t told an age group specifically not to initiate daily aspirin.

“The recommendations aren’t addressing whether it should be continued or not,” said Dr. Michael Stiffman, HealthPartners’ chair of family medicine, who was not involved in the research. “I would encourage patients not to stop aspirin without talking to their clinicians, just in case there are other reasons they are on it besides primary prevention of cardiovascular disease.”

The guidance, published in the Journal of the American Medical Association, said decisions to stop taking aspirin could be hasty, considering that many bleeding episodes occur when people start taking the pills.

Aspirin’s protective benefits also accrue over time, but the task force leaned on HealthPartners’ modeling in advising people to consider stopping the drug at 75. The modeling showed that lifetime aspirin usage was associated on average with more years of good health, but Dehmer said some seniors benefitted from halting it early and that the statistical difference was small.

“If someone were to stay, ‘You know what, I’ve taken aspirin for 20 years, and I’m going to stop,’ the modeling data suggests that there probably isn’t a big difference,” he said.

Aspirin has been linked to reduced colon cancer risks, but the task force said the evidence is unclear. Proof of a benefit would change the calculus in favor of longer aspirin usage, Dehmer said.

The task force considered the HealthPartners modeling and also research that combined outcomes data of 161,680 participants in 13 worldwide clinical trials of aspirin’s benefits. The trials collectively showed that aspirin reduced heart attacks and strokes, although not cardiac deaths. The guidance is only for primary prevention, meaning it doesn’t apply to people who have had heart attacks or strokes.

Changes since the first task force guidance in 1989 have created confusion. Minnesota had launched an “Ask About Aspirin” campaign in 2016 to reduce cardiac deaths and disabilities when new guidance reduced the recommended age groups.

Minnesota is among 18 U.S. states in which heart disease has fallen second to cancer as the leading cause of death, and health officials credit preventive efforts such as aspirin for the progress. The impact of the pandemic is unclear, though, as the 1.4 million known COVID-19 cases in Minnesota include people with lingering respiratory and cardiac complications.

The task force didn’t review aspirin’s impact on COVID-19 in making its recommendation.

Stiffman said HealthPartners will review the guidance and decide whether to update its electronic medical record system, which automatically notifies clinicians when their patients qualify for preventive aspirin.

Risk calculators determine whether patients meet the threshold of a 10% risk of cardiovascular disease over 10 years.

Age weighs heaviest on these calculations, so newly eligible people in their 40s will probably need two or three qualifying concerns such as diabetes and a smoking history to be considered for aspirin, said Dr. Jeremy Van’t Hof, a preventive cardiologist at the University of Minnesota Medical Center.

Younger adults might embrace diet and exercise improvements before aspirin to lower cardiac risks, he said. “I suspect a lot of people in that age range would rather do something like that, some lifestyle adjustments.”