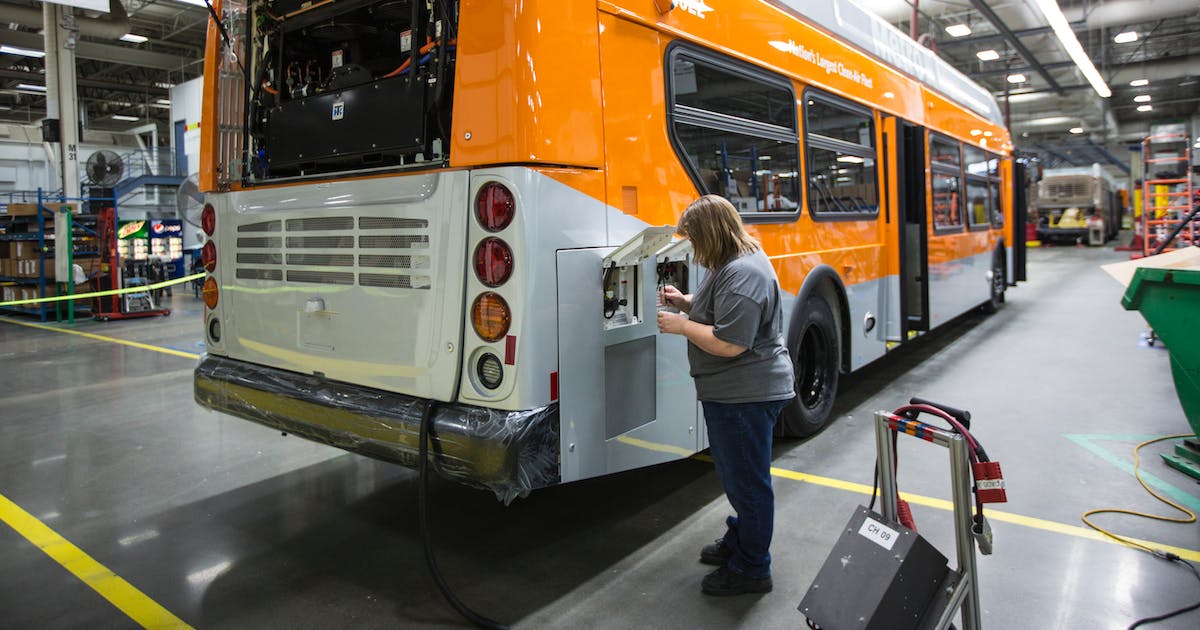 Talks are set to resume next week in a labor dispute at the New Flyer bus manufacturing plant in St. Cloud, where unionized workers have authorized a strike.

Officials with Communications Workers of America Local 7304 say they have proposed a number of improvements to the current contract, which they said would “still only catch New Flyer up to a level equivalent to similar employers in the St. Cloud area.”

The union represents nearly 500 workers at the facility in St. Cloud, which makes electric, diesel-electric and compressed natural gas buses mainly for public transit agencies in the United States and Canada. Metro Transit is among New Flyer’s customers.

The union’s proposals include paid sick time and parental leave plus retirement security, ending forced overtime and adding floating holidays that include Juneteenth and Eid for Muslim employees.

The company has offered a three-year deal calling for a raise of less than a 6% over a three-year period, according to the union.

“The vote puts pressure on the company to bargain in good faith,” said Matt Lelou, president of CWA Local 7304.

“There currently isn’t a strike action taking place and we are negotiating with our union partners,” Norris said, adding that it would be inappropriate to comment further on ongoing discussions.

More than 97% of CWA members in St. Cloud voted to authorize a strike, according to votes tallied last week. However, no date has been set for a strike, and bargaining is set to resume April 18.

“Next Monday will be a pivotal day to see what the company will bring to the table,” Lelou said.

CWA also represents about 200 employees at a New Flyer plant in Crookston, but those workers are covered by a different agreement that doesn’t expire until 2025. The strike authorization vote does not affect workers at the Crookston facility.

In a fact sheet released to the media, the union noted that its members were considered essential workers during the COVID-19 outbreak and worked through much of the pandemic.

“A lengthy work stoppage at New Flyer’s St. Cloud plant could have an impact on the bus transit systems of major cities and delay the conversion to greener vehicles,” the union said.

New Flyer says on its website that it supports more than 35,000 heavy-duty transit buses currently in service, 8,600 of which are powered by electric motors and battery propulsion and 1,900 are zero-emission.

Lelou said about 10 buses are produced weekly in St. Cloud, but that number should increase to 18 by the end of the year. The federal Infrastructure Investment and Jobs Act should spark more demand for electric buses, he said.

CWA represents workers nationwide in various industries including airlines, manufacturing, health care and software, as well as in the public sector. The NewsGuild-CWA represents journalists at the Star Tribune.