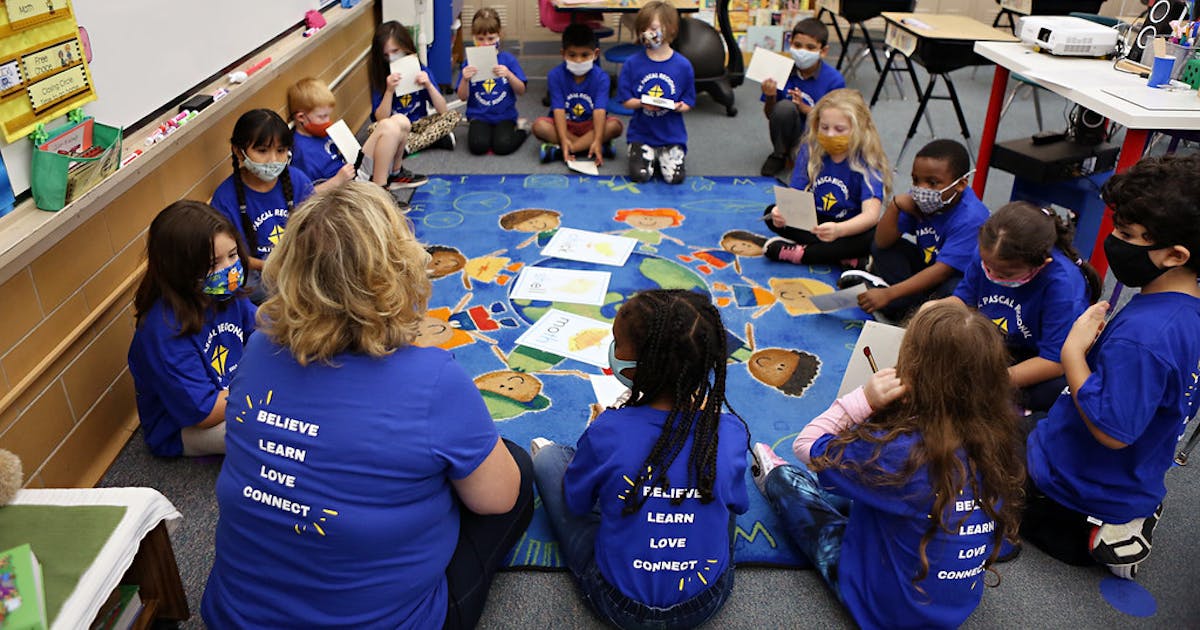 For 73 years, St. Pascal school has operated in St. Paul — now the last remaining Catholic grade school on the East Side, where many used to send their graduates off to high school in crowded yellow buses or in cars with tape decks blasting.

Still, its enrollment has fallen, and there have been worries about St. Pascal’s future.

But as of this month, the school has new life — thanks to a consortium of schools tailored to urban families in need. St. Pascal is joining Ascension Catholic Academy, a Minneapolis-based group that has provided centralized leadership and other supports to three other Twin Cities Catholic schools since 2016.

“We are truly blessed,” Jerry Karel, president and chairman of the board of St. Pascal, said in an announcement this month that expressed hope the school can make the best of the academy’s model while maintaining its own identity.

This year, St. Pascal Regional Catholic School, as it is now known, had 134 students from preschool to eighth grade, with slightly more than half being second-generation immigrants, Inna Collier Paske, the school’s principal, said last week.

She said the school prides itself in offering individual learning plans for each of its students. The approach appears to have paid off. This year, 73 % of students were proficient in math and 68 % in reading in national tests that measure growth over a school year.

Still, the school had issues to overcome with low enrollment and tight budgets.

“The finances have been a persistent challenge for some time,” Karel said last week. “We have been able to navigate through those challenges, but it was pretty clear that things were not going to get any easier anytime soon.”

To ensure the school’s long-term success, the board pursued several options before settling on Ascension Catholic Academy as the “superior path,” he said.

The three schools previously under its umbrella were Ascension and St. John Paul II in Minneapolis and St. Peter Claver in St. Paul’s Summit-University neighborhood.

Patricia Stromen, the academy’s president, said its mission is to help families that have been marginalized historically, and as such, it was vital that the East Side continued to have a Catholic grade school that could serve as a “beacon of hope” for the neighborhood.

The school’s location at White Bear Avenue and E. Third Street also was a major drawing point, she said, in that it will be a “good east metro complement” to St. Peter Claver.

This year, the academy’s budget was $6.7 million, and the vast majority — about 95 % — of its income has come from individual donors, sister parishes and foundations.

But could it take on another school without there being year-to-year financial worries for any of them again?

“We are confident we have the personnel, financial support and experience to welcome a fourth school,” Stromen said. “That was all part of our due diligence when we first began discussions with leaders at St. Pascal Regional.”

The school serves families and parishes from across the East Side, and 71 % of its students are Catholic. Collier Paske will continue as principal next year.