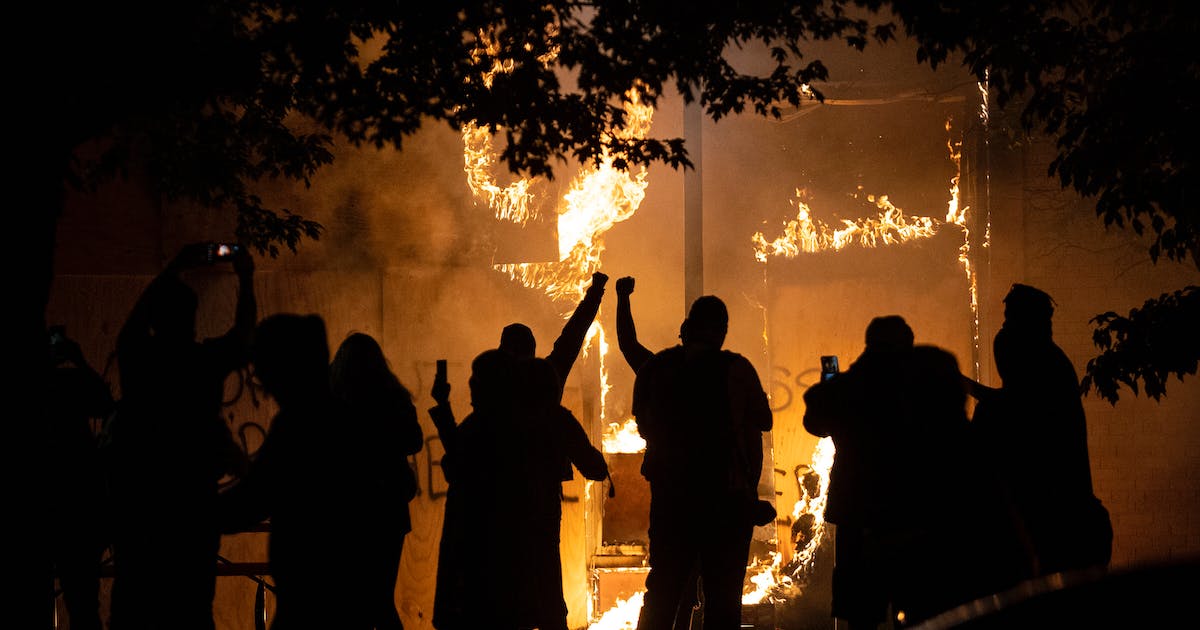 Minneapolis and Minnesota officials are working to update and coordinate their emergency plans after two scathing after-action reports arrived at the same conclusion: The response to the unrest that followed George Floyd’s murder could have been better, with more planning and communication.

Two reports released over the course of a month — first by the city, then by the state — paint a dire picture of the emergency response in the days following Floyd’s murder: law enforcement officials struggled to communicate and to determine who was in charge as looting and arson spread across the city. Police made inconsistent decisions about when to use controversial less lethal munitions, sometimes inflaming tensions in already traumatized communities. Elected officials traded barbs over who was to blame for the response, while at times failing to effectively implement their own protocols.

Both reports, completed by outside consultants, noted that the unrest that followed Floyd’s murder was “unprecedented” and taxed the first responders and other government employees who responded to the crises. The emergency plans developed at the city and state levels had been used in the past to respond to natural disasters and bridge collapses.

“We do not consider civil unrest inevitable, but we anticipate that it may happen again, and it is clear that state and local agencies need to be prepared for when it does occur,” staff at St. Paul-based Wilder Research wrote in a report examining the state’s response in the days following Floyd’s murder.

That the agencies weren’t better prepared to quickly coordinate during unrest surprised some experts who study or work in emergency management.

Laura Albert, a professor at the University of Wisconsin-Madison, who has served on police and emergency medical services boards, said “there has been a lot of civil unrest in the U.S.” since the 2015 police killing of Michael Brown in Ferguson, Missouri. “I would expect that police agencies should be ready with a plan to execute, and this was in line with what’s been going on in the country,” Albert said in an interview last month.

Both the Wilder Research report and another, conducted by the Maryland-based risk management firm Hillard Heintze for the city, described a chaotic response in which first responders — and sometimes elected officials — struggled to determine who was in charge.

Minneapolis has an emergency operations plan that is “well written, comprehensive and consistent with nationally recognized practices,” but Mayor Jacob Frey did not “ensure the appropriate implementation” of that plan, according to the report commissioned by the city.

Both reports said state and local officials failed to quickly coordinate, including over requests for help from the National Guard — though they noted that people described different reasons for the delay. Roughly 18 hours elapsed between the time Frey called Gov. Tim Walz and when the governor activated the National Guard, during which time state and local officials exchanged a flurry of messages about the request.

The Wilder Research report said some state officials claimed they needed more information to effectively deploy the National Guard, while others “claim that the request became complicated when elected officials became involved (i.e., the Minneapolis mayor, the governor’s office).”

Minnesota Department of Public Safety Commissioner John Harrington on Thursday pushed back on the notion that elected officials “got in the way,” but said, “there were moments where we were trying to figure out what the mission was, and we got conflicting orders from different elected officials” at the state and local levels.

When the city and state began coordinating, the process wasn’t always smooth. Both state-level officials and MPD employees “expressed frustration at the lack of communication” between the city’s emergency operations center and a Multi-Agency Command Center established by the state.

The lack of coordination, researchers wrote, led to a disjointed response where law enforcement agencies used differing techniques that sometimes competed and undermined one another. While one agency would try to contain a crowd, for example, and another would try to disperse it. Their use of controversial less lethal munitions was also inconsistent, and at times inadequately documented.

Some of those problems played out in and around Little Earth, where neighbors and members of the American Indian Movement organized to protect the area. Some elders reported that law enforcement officers used less lethal munitions on people who had received permission from the city to be out past curfew. Researchers said the city and the state “did not communicate about agreements with community leaders and residents about exemption from curfew.”

In an interview last month, after the first report was released, Frey said they did implement the city’s emergency operations plan during the unrest. “We delegated authority in accordance with it,” he said. “But the implementation did fall short, and that is where we are taking corrective action to make sure that, even during times of unprecedented difficulty and crisis, there is that structure that firmly remains in place.”

In a statement Friday, Frey’s office said he was also reviewing the report issued this week and “looks forward to continuing to build a more collaborative approach to emergency response with State officials.”

What officials are doing

Together, the reports outline nearly 50 recommendations, some of which the city and state can implement alone and some of which require them to coordinate with each other.

“Implementing multi-agency emergency response training and planning that includes local jurisdictions…may help to address challenges like this in the future by ensuring agencies understand expectations of their roles in the response,” the Wilder Research report said.

Among other things, the reports call on leaders to create unified systems for agencies to coordinate during unrest, better clarify the chain of command, strengthen trainings, and improve crisis communication plans.

In a list of “progress notes,” the Minnesota Department of Public Safety said it now “regularly establishes” collaborative centers for sharing information when it “is informed of an event or encounters a significant unplanned incident.” The state said it is “further clarifying” the portion of its emergency plan regarding requests for the National Guard and “will take advantage of opportunities at future conferences for training.”

Walz has asked the Legislature for $500,000 to develop training for local elected officials, though it’s too early to tell if they’ll grant the request. The House and Senate continue to debate on diverging approaches to public safety legislation this session.

In Minneapolis, city officials are working to strengthen their emergency operations plan, which is set to come before council later this spring. The mayor, City Council members and other key staff will now receive “refresher training” on emergency management and their roles in it.

The city already offered training to police, firefighters and other first-responders to help them understand how to set up systems to quickly coordinate in an emergency. Barret Lane, director of the city’s Office of Emergency Management, said they’re conducting an analysis to identify gaps and improve future training sessions. Among other things, they’re looking at requesting a course from FEMA or another similar entity, though it could take a couple years to get approval and funding.

“This rebuilding will take time and resources that have yet to be identified,” Lane said in a statement. “This is more of a ‘roadmap’ at this point, so there may be changes and adaptations as we go forward.”