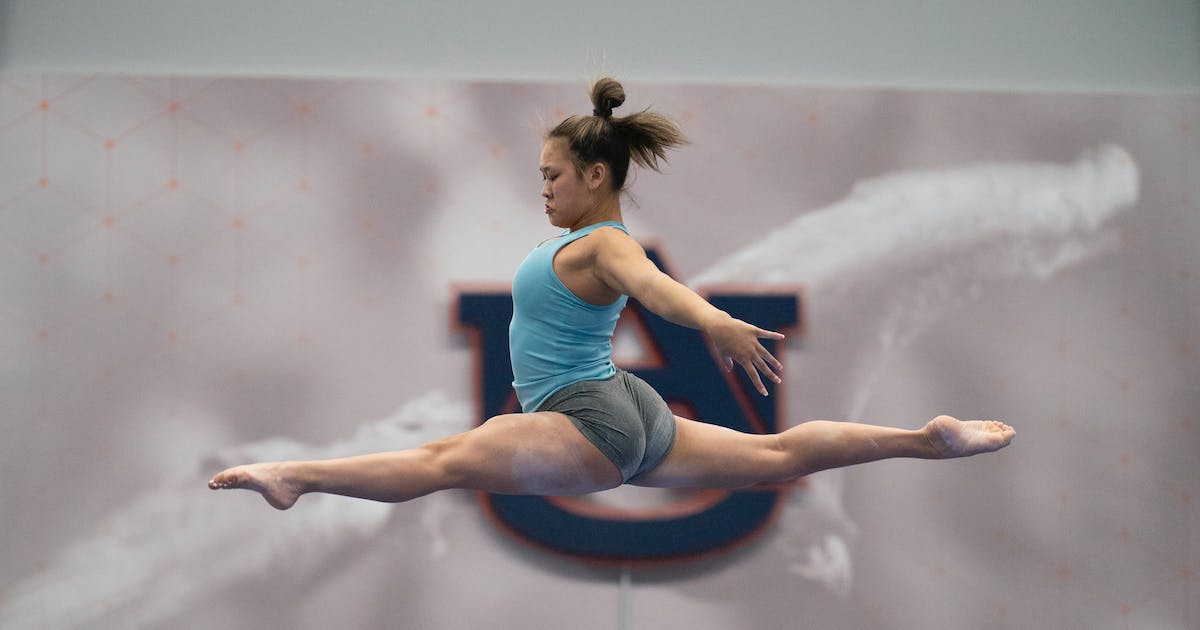 AUBURN, Ala. — Suni Lee needed a respite from the exhausting, all-consuming world of elite gymnastics.

She wanted to go to school, and the ability now for college athletes to make money off name, image and likeness deals made it an easy call.

The Olympic all-around champion who has her sights set on defending her title in Paris in 2024 has capitalized on her still-newfound fame with appearances on “Dancing with the Stars” among other endeavors. The 19-year-old is hardly a normal college freshman.

“Even without the NIL, I knew I wanted to go to college anyway just because I had to come find my love for the sport again,” Lee said. “I had to get out of the elite world just because it is so different. This is so much more fun, and having the team be so supportive.”

The new NIL rules allowed her to parlay her success in Tokyo last summer into financial security without sacrificing the college experience and education. And without spending all day holed up in the gym.

Lee has helped lead the Tigers to the NCAA championships, from April 14-16 in Fort Worth, Texas, for the first time since 2016. She scored her fifth 10 of the season in the regional at Neville Arena, this one on the balance beam to help Auburn edge Kentucky.

The All-American came in ranked first nationally in the uneven bars — where she won bronze in Tokyo — tied for first on the balance beam and second in the all-around.

“I think if the Olympics were a year earlier and this happened, she couldn’t make that decision” to attend college, said Auburn coach Jeff Graba, whose twin brother Jess has been Lee’s longtime personal coach.

While Lee is competing for NCAA titles, she also feels she has much to prove. Lee’s all-around gold came after favorite Simone Biles withdrew from the competition citing mental health concerns. Lee said she doesn’t think she’s reached her full potential yet and that is indeed gold medal-worthy.

“I think it’s something I just want to prove to myself, because I think I have a lot of doubters,” said Lee, a Hmong American who is from St. Paul, Minn. “And prove it to everybody else but more importantly to myself.

Lee has a leotard line with GK Elite and a clothing line with Pretty Little Thing., which she tracks while living in a dormitory like other Auburn freshmen with roommate/teammate Sara Hubbard. She has splurged on a car and her first designer bag but mostly fears spending too much now and not having enough later.

“I’m so scared to actually use my money,” Lee said. “I’m so cautious with it because I have to be.”

She is still taking online courses and spent the fall in Los Angeles for the dancing competition show before officially joining the team in Auburn in December. Lee feels like appearing on “Dancing With the Stars” — she made the semifinals with partner Sasha Farber — makes her “more of an exciting person.”

Lee has also dealt with the sudden fame that comes with being an Olympic champion. She can’t just pop into the grocery store or have a quiet dinner out. She even stopped going to Auburn basketball games. It’s all a part of the new normal for a teenager who isn’t yet fully accustomed to the spotlight but is eager not to ever come off as standoffish.

“It’s really hard, because even grabbing food, people come up to her and are just like, ‘Hold my baby. Take my picture. Sign my shoes,'” Hubbard said of her roommate. “I think it’s just overwhelming. It’s kind of scary when a bunch of random people are just all in your business.”

But Graba and Lee’s teammates said in the practice gym and around them she’s just another Auburn gymnast. Dealing with high expectations is part of the challenge.

“She’s probably the one who puts the most pressure on herself,” teammate Cassie Stevens said. “But I think she’s doing a lot better job handling it, listening to what we have to say. Like, just being you is good enough. It’s great actually.”

But, added Graba: “You don’t win an Olympic gold medal without having that tough-as-nails mentality.”