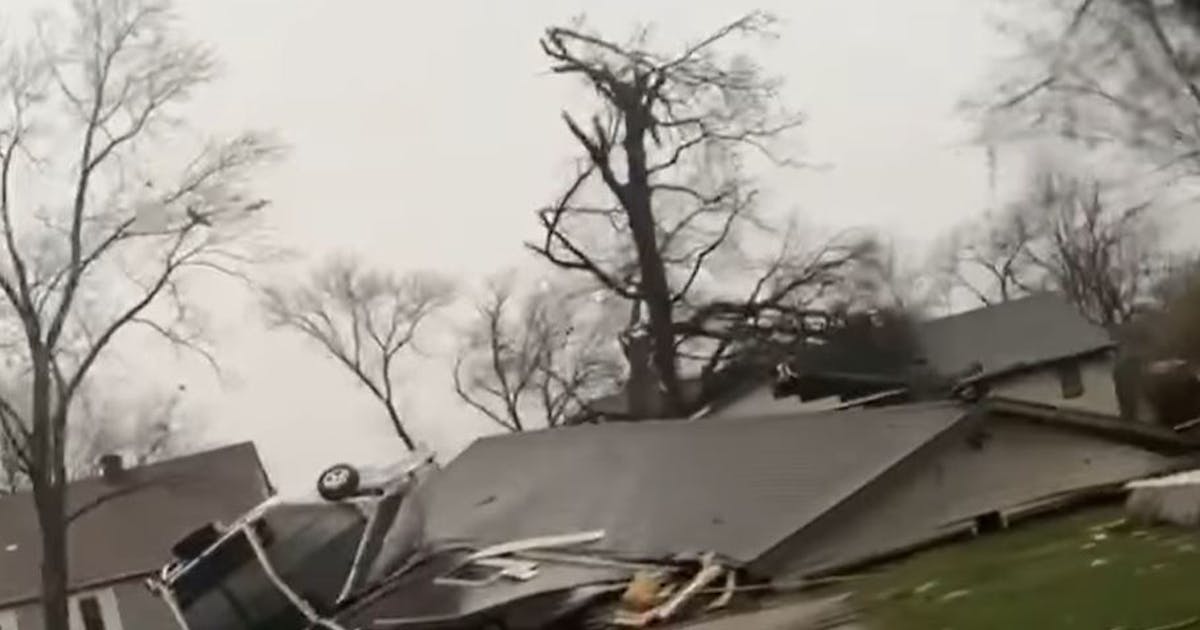 Two days of severe weather left many parts of Minnesota cleaning up on Friday, and authorities in Kandiyohi County reported that a volunteer firefighter on duty was killed when high winds knocked over a grain bin.

Ryan Erickson was in his car near the town of Blomkest on Thursday evening when the grain bin fell on top of it, the Kandiyohi County Sheriff’s Office said. The resident of rural Lake Lillian was stationed there to watch the severe weather, Blomkest city clerk Barb Gilberts said.

“He was very committed to the fire department and they do a lot for the city because they save lives,” said Gilbert, adding that Erickson’s death is being considered an “on-call tragedy.”

Erickson, who was 63, had served as a volunteer firefighter since he was 18. He served as fire chief for about five years and was active in the community, including service on his township board and the Kandiyohi Cooperative Board.

The National Weather Service confirmed a tornado touchdown on Wednesday evening in the Twin Cities suburb of Coon Rapids, and additional reports of additional touchdowns in other parts of the state proliferated Thursday night, particularly in parts of central and western Minnesota.

Tranquility instantly gave way to turbulence in Carlos, Minn., where Rachel Drum made a run to the basement when sirens in the town northwest of Alexandria went off just after 6 p.m.

“I barely made it,” Drum said Friday morning. “The skies turned a dark gray green color, the wind picked up super crazy. Leaves and sticks were flying past the window.”

She emerged to find a tree had snapped off and landed perilously close to her house. Drum and her boyfriend, Ben Rettig, said they borrowed a chainsaw to begin the cleanup process. Their neighbors have plenty to clean up, too.

“I’ve never seen this many trees down” Rettig said.

Not far away in Morris, the ferocious winds knocked down antennas and damaged hangars at the city’s municipal airport, said Stevens County Sheriff Jason Dingman. The city’s fire hall has a hole in the roof and the front of the John Deere dealership was ripped away.

“It was nasty,” said Dingman, who was out when the storm hit.

Officials met Friday to start relief efforts, including calling in the Red Cross to help provide shelter for anybody displaced, but that has not been needed yet, Dingman said.

“Today it’s clean up and assessment,” he said.

A Cass County dispatcher said law enforcement was trying to confirm reports of a tornado touchdown in that county, and that lots of trees were down. In Verndale and Madison, Minn., winds peaked at 94 mph, the Weather Service said.

Possible tornadoes were also reported near Pillager and Vining.

The metro area missed the brunt of Thursday’s storms. There was plenty of destruction the night before, but no reports of deaths or serious injuries.

On Friday, just a few thousand Xcel Energy customers, most in the west metro, were still without electricity. That is down from nearly 80,000 during the peak of the storm Wednesday.

On Thursday afternoon, storms dumped rain and hail across many parts of the state with 3 inches of rain reported in Delano, Rockford, Avon, Clara City and Willmar. Rainfall in excess of 4 inches was reported in Danube, Wood Lake, Annandale and Watkins, Minn., the Weather Service said.

The Twin Cities set a temperature record for May 12 when the mercury hit 92 degrees, the Weather Service said.