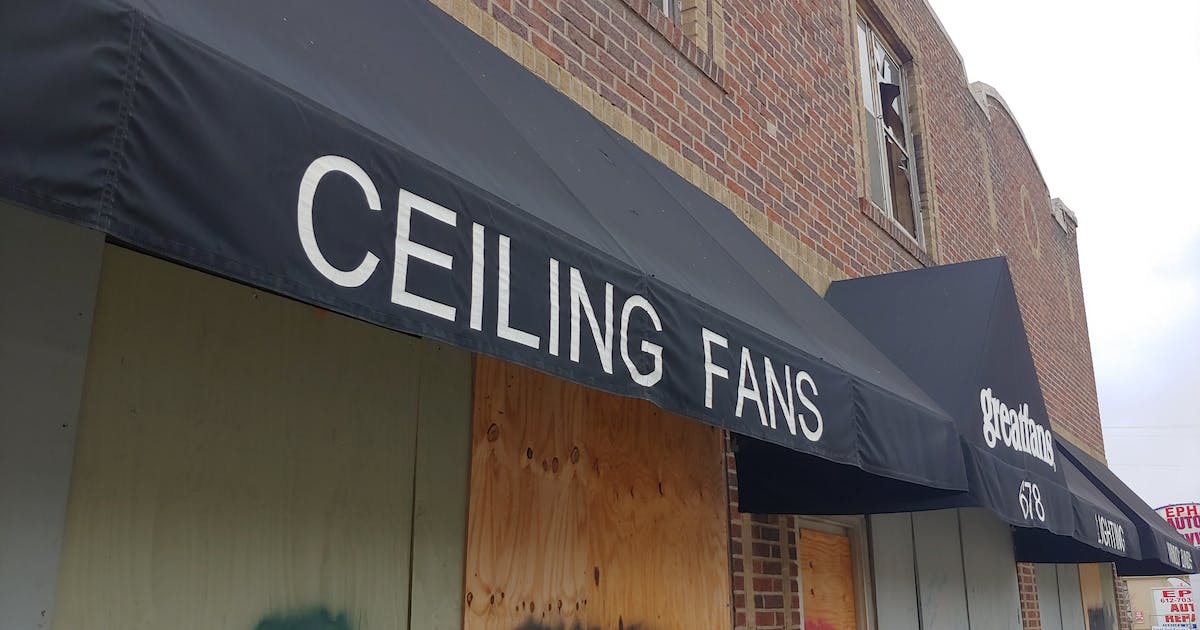 A half-mile stretch of Snelling Avenue, from University north to Minnehaha, has over the past few years garnered the nickname “Little Africa.”

Located in a corridor featuring small shops and restaurants offering African goods and services ranging from hair-braiding to Injera bread, a proposal to transform a century-old vacant brick building into an economic development center for businesses owned by African-immigrants has won over neighborhood champions and city officials alike.

Now, if they could just get the deteriorated building to cooperate.

“This is the next phase of building that corridor,” said Gene Gelgalu, president and CEO of African Economic Development Solutions, which helps African immigrants start businesses and would anchor the redeveloped building at 678 N. Snelling Av.

But a couple things need to happen to make Gelgalu’s dream a reality: Raise $4 million — and do it before the long-ago Dodge and Plymouth showroom-turned-ceiling fan shop collapses or is demolished.

“I am excited at the prospects of the project,” Jalali said this week. “But I’m discouraged by the challenges faced by the building. It would be a great fit, if they can make the building work.”

Built in 1926, the building on the east side of Snelling Avenue, less than a mile north of Allianz Field, could be a gem if preserved. But it’s a big if.

Left vacant several years ago, city officials said there are questions about the stability of the roof and how much it might cost to get everything up to code. A fire in February, likely set by a squatter, has only added to the challenges.

Marcia Moermond, legislative hearing officer for the City of St. Paul, has held 19 hearings with two different owners of the building over the past two years. She’s willing to be patient, she said, thanks to Gelgalu keeping her updated on his progress. But progress must be made, or demolition remains a possibility.

Officials are waiting for an engineering analysis of what it will take to stabilize the roof while owners continue to raise money for a complete renovation. Electricity has been restored to the building in order to install a security camera after the fire.

“They have clearly been acting diligently throughout this process,” Mourmond said. “Progress has been extremely slow, but there is forward movement. It’s a complicated endeavor.”

Lisa Kugler, a consultant on the project, said African Economic Development Solutions has raised about a third of the $4 million it needs. Kugler said the program has applied for a federal grant and is seeking other public funding.

Gelgalu said the building will have several immigrant-owned businesses on the first floor, including a grocery store. His organization will have offices on the second floor.

“It is at the center of a growing African immigrant community,” he said. “This is going to be a focal point for the work we do, not only in St. Paul, but metro-wide.”

In 2020, he said, his organization assisted 1,400 would-be business owners and entrepreneurs. Last year, 966 were helped by AEDS programs.

Kugler said it makes sense for the city to hold off on demolishing the building. It may have historical significance, she said, “And there would be a lot of neighborhood opposition to knocking it down.”

In June 2020, after several buildings in the area were damaged or destroyed following the murder of George Floyd, Kate Mudge, then director of the Hamline-Midway Coalition, urged officials not to demolish the building. While it wasn’t damaged after Floyd, she said a fragile commercial corridor didn’t need another vacant lot.

“While we understand that the building has been vacant and is suffering from disrepair, it is our stand that demolition is not a desirable outcome and would be detrimental to the neighborhood,” Mudge said.

“Our neighborhood has recently suffered significant loss. As businesses look to relocate and recover, it is a step in the wrong direction to destroy another standing building.”

Chad Kulas, executive director of the Midway Chamber of Commerce, said Gelgalu’s goal “is a worthy one. It would be a great addition to the neighborhood.”

Jalali, too, isn’t certain the building can be saved.

“I love the building,” she said. “But I want to work toward the highest-use space for everyone. If they can make it work, great. If they have to start it all over or change it, I’m open.”