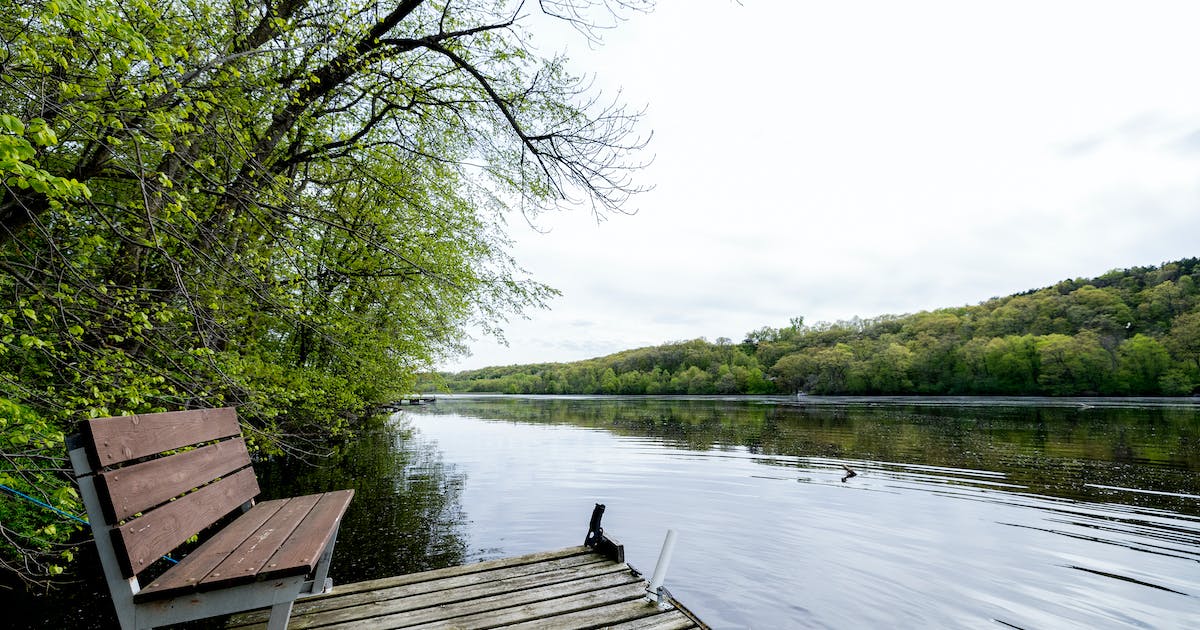 A plan to build 12 houses on undeveloped riverfront land in St. Croix Falls collapsed on Wednesday when the developer pulled out of the project, citing strong local opposition.

John Sharkey of Stillwater-based GreenHalo Builds said he took seriously the criticisms his project drew from residents of the area, along with environmentalists who said the federally protected waterway should be left in its natural state.

“I want to be part of something that the community wants, and it’s obvious that the community doesn’t want this,” said Sharkey, who sat through a St. Croix Falls Plan Commission meeting last month in which numerous people spoke out against the project.

“I really heard the community,” he said Wednesday. “I grew up on the St. Croix River so I totally respect it.” The project was scrubbed from the company’s website on Wednesday.

The St. Croix Falls City Council had planned to vote Monday on a zoning change recommended last month by the Plan Commission to allow Sharkey to build the homes closer together and closer to the river than would otherwise be allowed under the city’s housing code. The Planned Unit Development would have put a dozen highly efficient homes sitting 10 feet from each other on six lots the city purchased from Xcel Energy in 2016. The land sits just upstream from Xcel Energy’s hydroelectric dam.

St. Croix Falls Mayor Kirk Anderson wasn’t immediately available for comment on Wednesday, although he had voted last month in support of the zoning change necessary to allow the project to proceed. Anderson has pointed to the city’s longstanding plans to develop the land, saying it was purchased with the intent of building on it.

The St. Croix River was one of the first to be designated a National Scenic Riverway after a landmark federal act in 1968 authored by Sens. Walter Mondale of Minnesota and Gaylord Nelson of Wisconsin called for broad protections of the nation’s rivers. The National Park Service headquarters for the St. Croix River National Scenic Riverway is in St. Croix Falls, just downriver from the site of the proposed development.

“I’m thrilled,” said Deb Ryun, executive director of the Wild Rivers Conservancy, when she learned the project had been canceled. “I really commend John Sharkey and their company for listening to folks and taking truly to heart the intent and values of the National Scenic Riverway.” Ryun said she had planned to attend Monday’s meeting to urge the council to consider other uses for the site, such as a walking trail that would extend for one mile from the National Park Service headquarters building to connect to the Ice Age Trail, a National Scenic Trail that runs 1,200 miles across Wisconsin. A trail like that would help draw tourism, which Ryun said was the best hope for economic development for St. Croix Falls.

If the city administration wants to build houses on the undisturbed riverfront, “they are giving up their best asset, truly their most unique and best asset, for very short-term reward,” she said.

Opponents of the development plan this week were gearing up for a showdown with the City Council on Monday, gathering signatures on a petition, erecting lawn signs that called for river protection and gathering on social media.

“The riparian value of this riverfront is not replaceable,” said Barbara Mills, a St. Croix Falls resident who opposed the development. “We don’t need 12 homes put on the riverfront at taxpayers’ expense and at future generations’ expense.”