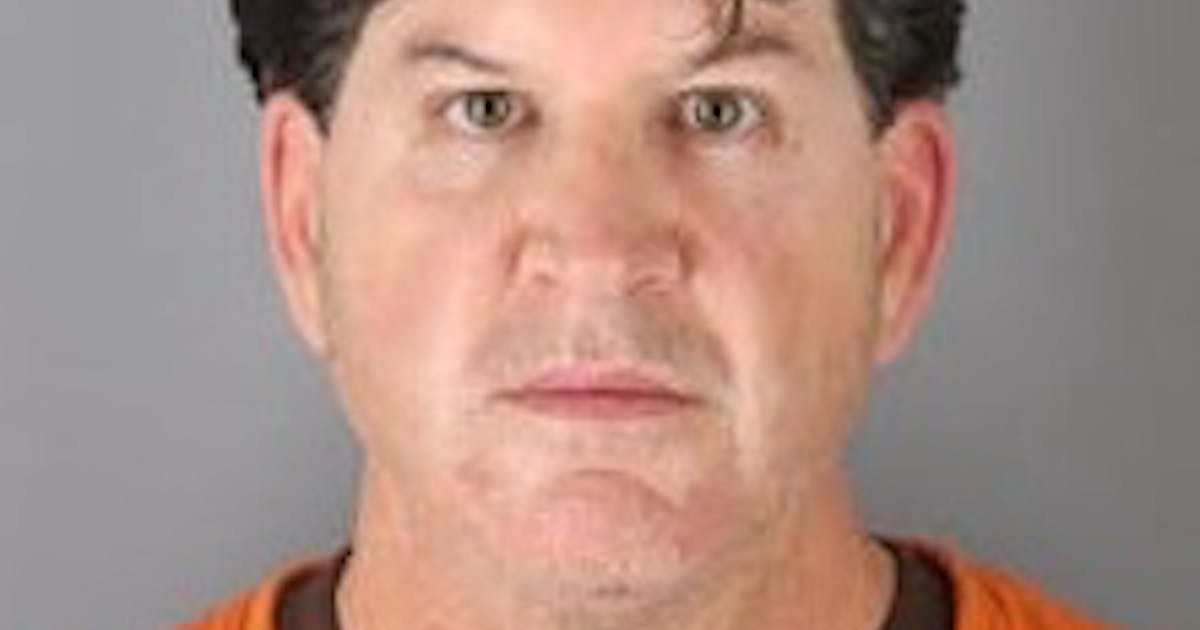 An Orono man pleaded guilty Tuesday to being drunk when he drove nearly 100 miles an hour on a Lake Minnetonka road last summer and killed two passengers in a crash.

James D. Blue, 52, who was scheduled to go on trial in two weeks, instead pleaded guilty in Hennepin County District Court to two counts of criminal vehicular homicide in connection with the deaths of Mack Motzko, 20, and Sam Schuneman, 24, on July 24 after the car Blue was driving crashed into a wooded area near his Orono home.

Blue had a blood alcohol content of 0.175%. Gummies containing THC — the psychoactive compound in marijuana, several crushed white pills and five green capsules were found in his pocket, the charges read. The legal limit for driving in Minnesota is 0.08%.

The plea deal calls for Blue to receive a term of 7 1⁄2 years, meaning he would likely serve the first five or so years in prison and the balance on supervised release. Judge Regina Chu is scheduled to sentence Blue on May 5.

Two counts of third-degree murder, the most serious of the initial charges, will be dismissed at sentencing, along with two additional criminal vehicular homicide counts alleging gross negligence.

Motzko, of Orono, was the son of Bob Motzko, head coach of the University of Minnesota men’s hockey team. Mack Motzko worked at the Minneapolis Golf Club while playing junior hockey for the Sioux Falls Stampede and the New Mexico Ice Wolves. He was an incoming recruit for the Penticton Vees, a junior hockey team in British Columbia.

Schuneman is originally from Maple Grove, but was living in Scottsdale, Ariz., at the time of the crash. He was home visiting family and friends.

Attorneys representing both families issued a statement after Blue’s guilty pleas. It read: “Today’s guilty plea by Mr. Blue is but the next step in achieving justice for Mack and Sam. While the families are relieved to avoid the trauma of a trial, they remain steadfastly committed to holding Mr. Blue accountable and securing full and complete justice for Mack and Sam. At this time, the families have no further comment.”

Blue’s attorney, Fred Bruno, said his client “admitted that he did wrong and is accepting responsibility for his transgressions.”

Bruno called the terms of the plea “a hard-fought settlement. … It was something everyone was a little uncomfortable with, and I think that’s a sign it was the right thing.”

In an interview last August, Motzko’s parents, Bob and Shelley Motzko, and Schueneman’s parents, Tom and Yvonne Schueneman, talked of their grief, compounded by disbelief that their sons’ lives ended after a brief ride with a reckless stranger.

“There’s two paths,” Bob Motzko said. “We’re trying to put our lives back together and then you’ve got this, because our son was taken from us, you have this anger, this never should have happened. It shouldn’t happen to any parent.”

Police were called about 11:20 p.m. to the crash near the 3100 block of North Shore Drive. Blue’s Bentley was in a wooded area with an uprooted tree on top of it.

Schuneman was deceased in the front passenger seat with his seat belt on. Motzko was trapped in his seat behind the driver’s seat. He was wearing his seat belt. He was unconscious and struggling to breathe. He died after being hospitalized.

Police found Blue down among some trees 10 feet in front of the vehicle. He had been thrown from the vehicle and was injured but conscious. Blue admitted to being the driver and to drinking alcohol, the charges read.

A woman at the scene told police she was Schuneman’s girlfriend and Motzko’s sister. She said they were at a party at Blue’s house, where the host showed the men his car. The woman urged the two men not to go for a ride with Blue in his 2017 Bentley Flying Spur, which court records said was worth $140,000.

Multiple witnesses from the party told police Blue was drinking shots of liquor and had eaten THC gummies.

Early analysis of Blue’s airbag control module show that he was driving between 94 and 99 miles per hour when he crashed, last year’s charges read. A followup court filing made last month by the prosecution said that a State Patrol crash expert calculated that the car “was traveling as fast as 99 miles per hour before slowing to a last-reported speed of 73 mph.” The road, which has several curves, has a posted speed of 35 and 45 mph.