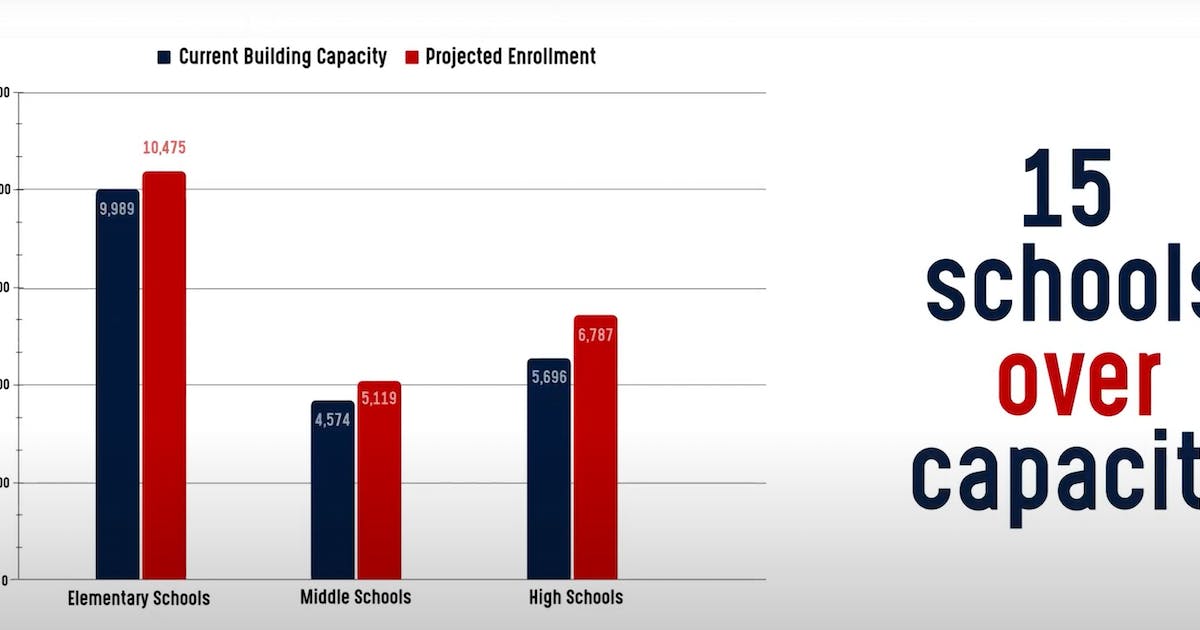 The South Washington County school board approved a plan Thursday for a special election asking voters to back a bond referendum for nearly $463 million to ease overcrowding and revamp facilities in the growing district.

One aspect of the plan — closing the district’s smallest elementary school in Newport and sending those students to three other schools — drew a large crowd to Thursday night’s meeting.

With no public debate, the board members approved the facilities plan 6-1 and the special election 7-0, despite vocal opposition from Newport Elementary supporters.

“Why are you putting a number on a child’s education?” Charissa Vasquez said outside the district service center in Cottage Grove before the vote. She was among a crowd of around 200 demonstrators, waving signs and drawing honks from drivers.

Vasquez said her three kids are all English-Language Learners. She said she and her friend Marla Gutierrez are worried their kids won’t learn English if they don’t go to Newport Elementary.

The plan, if approved by voters in August, would fund an array of building upgrades across one of the state’s largest districts and provide for the complete reconstruction of two elementary schools.

South Washington County officials say several buildings are overcrowded. District planners estimate about 8,000 new homes will be constructed in the communities that feed into the district over the next decade, bringing about 3,500 new students.

Overcrowding and lack of seating is especially evident at Woodbury High, where students cluster on floors in hallways during lunch.

The plan would provide for about $160 million in upgrades to South Washington County’s high schools.

About $195 million in projects for the district’s elementary schools would receive funding. Officials want to rebuild Crestview in a central location and rebuild Pine Hill Elementary on its current lot. Newport would become an early learning center. District officials are also proposing about $59 million in middle school upgrades and $48 million toward special education services.

Newport Elementary enrolls the most diverse student body in the district. Mark McKenzie, whose daughter previously attended the school, called it “completely insensitive” to close that school in particular.

About 46% of the 266 students at Newport Elementary are white, according to Minnesota Department of Education data. Nearly 21% are Black students, 15% are Asian and 9% identify as Latino.

About 140 seats in the district boardroom were full for the meeting, with another 70 people trying to jam into the room. Not everyone was opposed. Allan Kean, a Cottage Grove resident with four grown children, said he understands the need and believes the proposal is in the best interest long term.

Newport fourth-grader Addison McDonough said her school shouldn’t be singled out for its small size.

“Just because we are small doesn’t mean we are bad,” Addison said.