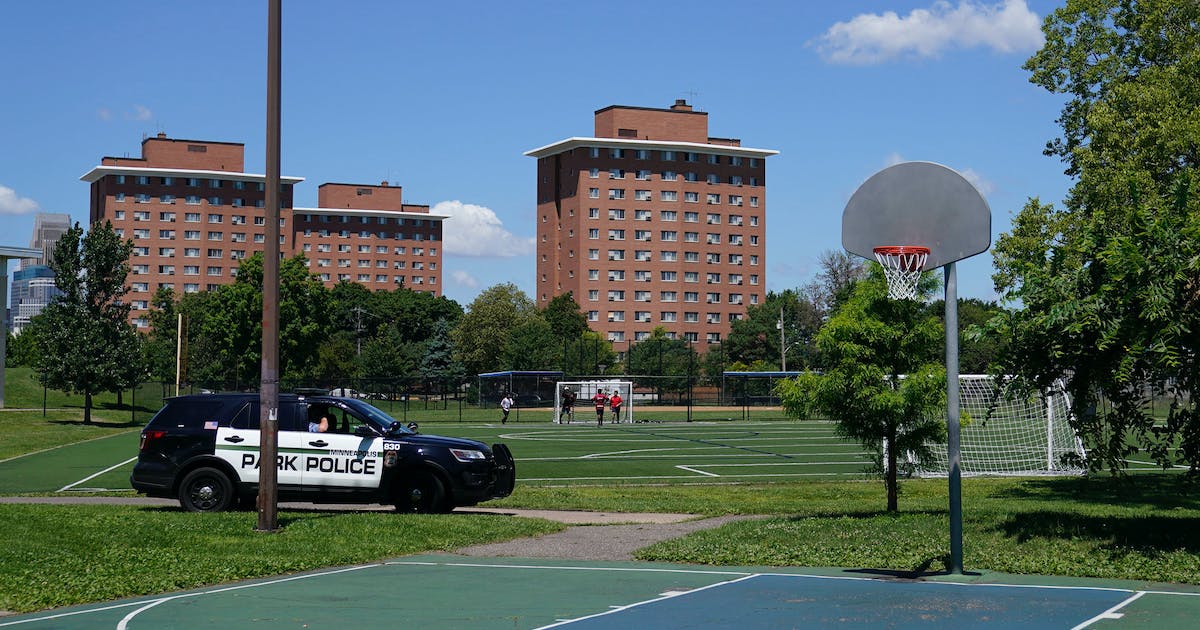 In the raw days after the murder of George Floyd in 2020, a number of Twin Cities institutions leapt to reevaluate their ties with the Minneapolis Police Department, including Minneapolis Public Schools, the University of Minnesota and the Park Board.

Two years later, as pandemic restrictions on gatherings fade, a Park Board committee has voted to restore its previous relationship with Minneapolis police so they can help staff what will likely be a busy summer of events in the parks.

“I do worry that if we don’t repeal that action, and we don’t choose to reopen those collaborations that we’ve had in the past that we limit our ability to impact policing in this city, ” Commissioner Billy Menz said Wednesday evening. “I want us to be at the table.”

“What I’ve been telling people for years and years and years is, the police are hurting us,” said then-Commissioner Londel French as he urged his colleagues to take a stand. “The police deserted us.”

But the actual policy changes fell far short of cutting ties with MPD. The resolution that the previous board unanimously passed prohibited the use of city police to staff special events, like weddings and reunions, and restricted Park Police from assisting MPD with nonviolent crimes beyond parkland.

“Crime doesn’t happen in a vacuum in the city. There’s no bright line between the end of the park and the beginning of the city street, and we have to work with the Minneapolis Police Department on all crime and safety issues in the city,” Park Police Chief Jason Ohotto said.

The effect of the 2020 policy on special events was minimal because the pandemic suspended gatherings in park community centers.

But now that the summer of 2022 is expected to be as busy as pre-pandemic days, park police anticipate needing staff for far more events than their modest workforce of about 32 officers can handle. In 2019, Minneapolis police covered about 38% of special event security hours in parks, Ohotto said.

Park Superintendent Al Bangoura recommended that the board rescind its 2020 policy.

“Without supplemental assistance, the number of special events would need to be reduced,” Bangoura wrote. He added that as a consequence of the 2020 decision preventing park police from responding to “non-violent” emergencies, they are currently not allowed to help anyone who is injured in a traffic accident on a city street just beyond the boundaries of parkland.

Park police officers, who were first on scene of the Minnehaha Academy natural gas explosion in 2017, would not have been allowed to respond to that incident either under the 2020 policy.

Some park commissioners joined the debate with the erroneous belief that the Park Board had “severed” its relationship with MPD in 2020.

“We left an abusive relationship. We left someone who causes significant harm to our communities,” said Commissioner Tom Olsen. “All the evidence over the last few years has shown that they dig in their heels and their culture is to not change — their culture is to defend what they’ve been doing.”

Park Board President Meg Forney, who is not on the Administration and Finance Committee but was one of the commissioners who voted on the 2020 resolution, advocated rescinding it.

“We are not in a silo,” she said. “We have never been without them these past couple of years.”

The committee ultimately voted 4-1 to lift the moratorium on city police staffing park events and on park officers assisting MPD with non-violent emergencies. Olsen was the “no” vote.

The resolution will still need to be approved by the full board. However, its passage does not guarantee that Minneapolis police officers will have enough time to help staff park events, given the department’s staffing problems, Ohotto said. MPD is down about 300 officers since George Floyd’s death, from an allotted 889 at the beginning of 2020.

Following Floyd’s murder, the previous Park Board also voted to symbolically distance park police from Minneapolis police by giving the former a green uniform makeover. The new uniforms, which would have cost more than $82,000 for 34 officers, were eventually scrapped after commissioners realized they would make the wearer would look like U.S. Border Patrol.