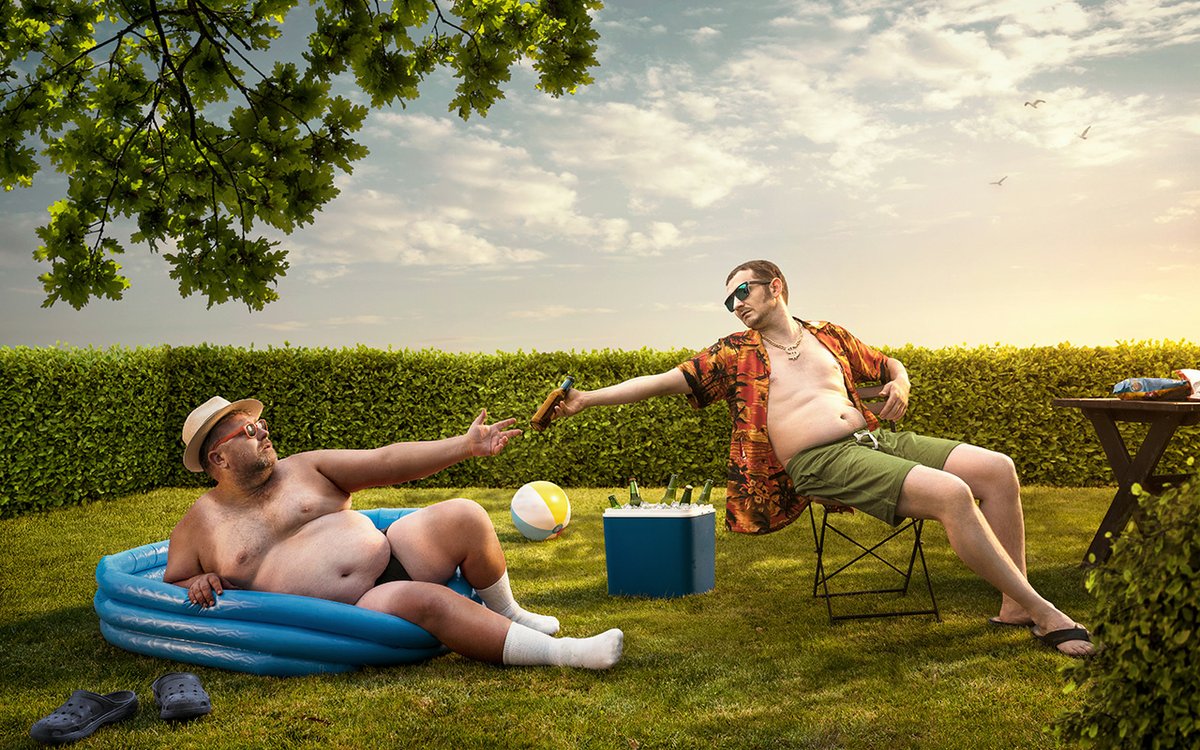 Dear Dad, stop tinkering on the grill and leave the lawn alone (it’s a perfect 3/4 cut, like always), and go out with your brood to a patio this weekend. Dad bods, even without the accessory of children, will be seen all over town! Take yours to an epic brewery block party, check out a new rendition of that old bar you used to hang out at, or for any father figure, get him what he really always wants: a big sandwich.

I’m sure you’ve seen no news on this, so let me be the first to tell you that Owamni has won the prestigious award for Best New Restaurant at the James Beard Awards. Yes, this is a great achievement in our city, and more people will come and visit, but it’s more significant for the rest of the country as it sets a tone: Indigenous food is important and worth celebrating, all you regional investors get your checkbooks out.

If you like beer, and you have a penchant for doodling, listen up. Your sudsy scrawls could come together to earn you $5,000 because Saint Paul Brewing is hosting a logo design contest. The very cool and tucked away brewery has one of the best patios of summer, a killer pizza oven, and a new license that allows them to sell wine and liquor along with their beer. They want to celebrate their new hotness, and need someone to logo the way. Read the rules and enter by July 6!

+ Who knew that there was a sneaky amazing chef cooking Italian food out at a vineyard on Lake Waconia? Gia at the Lake is worth your gas money.

+ The Dabbler Depot is open! Matt Kenevan’s liquor store project on West 7th is open for business as of today. Not just a liquor store selling craft beer, wine, cider and spirits, the DD is also a coffee shop with slices of pie and donuts for sale. Of course there’s a patio with beer hall tables, why do you ask?

+ Little Tijuana is open again just off of Eat Street. There are new owners: a collective including Travis Serbus, Ben Rients, Bennett Johnson, and Dan Manosack as chef. But even though they all come fresh off the Petite Leon team, there is no Mexican food here. While they’ve kept the iconic name, the menu is fully new and quite global, from a chopped cheese sandwich to takoyaki-style fried cauliflower, waffle fries with sour cream dip to an egg foo young laden St. Paul sandwich. The scrappy soul of the Little T’s you loved is still there, as are the red Pizza Hut glasses and the (recovered) booths. Thank god the carpet is gone.

+ There’s a new shop on the hot corner of Lake and Lyndale in that long-vacant building that was going to be a Dumpling Man at some point. Well, now the spot is called Chicago’s Very Own, and it’s selling Windy City-style hoagy sandwiches. Right, that’s not me, that’s the way they like to spell it and I’m just fine with the shift. There’s a chopped steak sandwich thing happening here (are we … maybe on the verge of a chopped cheese type of trend in town??) along with some cold cut stacked hoagies, and Chicago dogs including a Maxwell Street Polish and true to life chili dog. On site, please also find a popcorn and cookie shop.

+ Just announced, the Cargo Bar in Target Center is back open again as of next week. The ground level shipping container themed bar and eatery took over the former Hubert’s location, but closed with the pandemic. Now, it will open three hours before each home Twins game. The simplified menu offers tacos, nachos, and pizza by the slice along with beers, cocktails, and NA beverages.

– Boiler Room Coffee, and indy coffee shop in the basement of an apartment building in Stevens Square, has announced that they will close on Tuesday next week after 11 years of service. It was a welcoming and scruffy shop that did good work in the community, and it will be missed by the neighborhood.

– In case you were going to get your slushie on this weekend, you might want to check the status of Rooftop Bar capping Nolo’s. They’ve temporarily closed while they make some improvements on the space and deal with some pesky occupancy limits.

>> The Earl Giles distillery/restaurant/bar is looking to finally open next month. It’s been nearly four years in the making, have Jesse Held and Jeff Erkkila used that time to create the perfect bar?

>> The Smack Shack partnership is rolling open a new venture in the North Loop. Josh Thoma and Kevin Fitzgerald are taking over the former Alliance Francaise building to install chef Nick O’Leary in what will become a 10,000 sq. ft. three story tequila-influenced restaurant. The restaurant is unnamed as of yet, but updates can be found by following Nolo Loves Tequila. Hey … isn’t this the building that’s right next to the former Aria/Jeune Lune building, which is now an evangelical church?

>>  There’s a new ramen shop coming to the North Loop Galley food hall. Ramen Kawae will bring noodles, rice bowls, and other Japanese dishes to the stall that formerly held Soul Fu. Look for a soft open by the end of the month if all goes well.

// Pryes Brewing’s Block Party starts today and lasts all weekend. So much live music, a huge craft fair, tons of food from the outdoor grill, and the debut of their new Miraculite beer (slimmed down to 4%ABV so that you can have a few and still hang out with your eyes open and focused).

//Not too far down the river, the Stone Arch Fest will be festing on W. River Parkway Rd. Besides all the live music and art, the vintage and vinyl, don’t forget the culinary artisans setting up shop. The food market will have everything from hot sauce to mushrooms, cheeses to salsa and more from local makers. Then, stash your purchase in your bag and get something from the food courts.

// SO much Dad action at Back to the Fifties this weekend. Really, if you’ve never gone it’s kinda fun to poke around old hot rods with old dudes who will talk your ear off about chrome from his lawn chair on the curb. And then, you get to have State Fair food as a treat.

// Shakespeare in the Orchard is a great new way to hang out at Aamodt’s Apple Farm. And it’s free! Head out to the Stillwater orchard to see Romeo & Juliet among the trees, but grab some drinks from the apple barn first. Then report back next weekend when a live chamber orchestra will underscore parts of A Midsummer’s Night Dream. Culture among the fruits!

// No party like a parking lot party. Travail’s version of blacktop fun starts at 4pm and runs like an open-house grad party for adults until about 8pm. Your $100 gets you all the good tunes from the band on the roof, plus all the food: smoked prime rib, Korean fried chicken, truffle gouda mac ‘n’ cheese and so much more.

// Stillwater is where to point your car on Saturday for the Food Truck Extravaganza at the Washington County Fairgrounds. Some 35 food trucks from across the metro will roll in and park it to feed you: Kenny’s Meatball Wagon will be there, so will Hopper’s Mini Donuts, and Pretty Great Cheesecake (which shouldn’t sell itself short). Beer tent and more!

// Do not watch Midsommar before going to the Nordic Midsummer fest at Buck Hill on Saturday, just don’t. But do head down for Nordic food, beer, vendors, and a Viking re-enactment that’s better than a football game. Or head to the American Swedish Institute Midsommar which has a maypole for sure.

// Celebrate Juneteenth on Sunday at the Soul of the Southside festival. Live music will be joined by poetry readings and speakers broadcasting over the Black-owned businesses market and food vendors. Soul Bowl and Official Fried Chicken will be there! Check out more Juneteenth celebrations around town.

// Free beer for Dad while you shop for stuff? This win-win can happen at the June Market at Malcolm Yards.  You get some spices, he gets some MN United merch, you get a Wrecktangle pizza, he gets a plate of Abang Yoli fried chicken. There’s no losing or compromising!