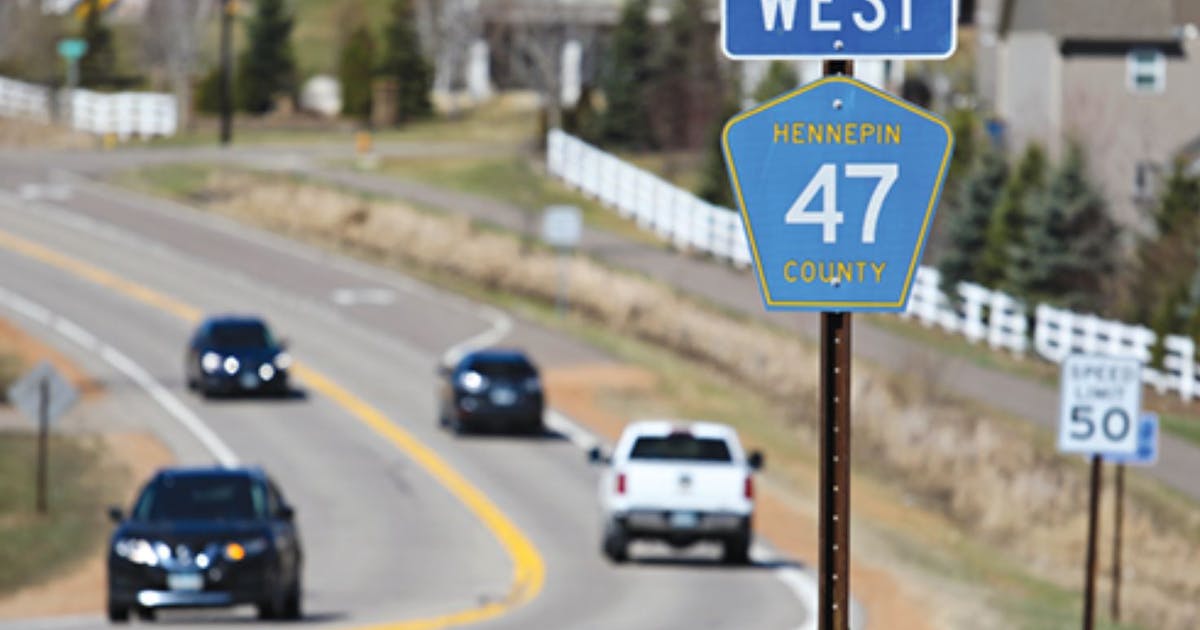 Plymouth is the new owner of County Road 47, and the west metro suburb has big plans to upgrade the century-old road it inherited from Hennepin County in November.

The city wants to make the winding and hilly two-lane road that cuts 4 miles across the northern part of the city driver-friendly and safer for bicyclists and pedestrians. But first things first. The road needs a new name.

Last week, the city put out the call for suggestions and will accept them through Thursday.

“Renaming a road is not common,” said city spokeswoman Karis Volk. “The City Council wanted a fun way to engage the community and collect ideas.”

Early submissions include calling it City Road 47 or Hackamore Road, which is what County 47 is named in neighboring Medina. A few ideas include Trumpeter Way, Deer Run or Sandhill Road due to abundant nature often seen along the route. Others are more light-hearted and whimsical, such as Roady McRoadface and the Norwegian phrase “Uffda.”

A group working on Plymouth’s diversity, equity and inclusion efforts want to acknowledge the first Native Americans to own land around Parkers and Medicine lakes. The group put forth the Dakota name Ohiyesa (O-he-yes-a) Trail after consulting Dakota elder Syd Beane, a longtime city resident. Ohiyesa in Dakota means winner.

“Everybody likes to be a winner,” said Beane, a Flandreau Santee Sioux. “It would have a positive name. People would understand the history behind the name and how it relates to the area.”

Beane’s great-grandfather was the older brother and mentor to Charles Alexander Eastman (Ohiyesa), who was a naturalist, environmentalist, celebrated author and one of the first Native American doctors.

Beane is the executive producer of the film “Ohiyesa: The Soul of an Indian,” and writer and co-producer of the documentary film “Native Nations: Standing Together for Civil Rights” shown nationally on ABC, NBC and the Hallmark Channel.

Beane was also was a project manager of the Dakota Land Study in the Minnesota Before 1862 research/book project, which was completed with the publishing of the book “Mni Sota Makoce: The Land of the Dakota.” This book was the Minnesota History Book of the Year in 2012.

Choosing Ohiyesa would “bring the Dakota history in an important way back to Plymouth,” said Beane, who will give a presentation on Dakota history at 6:30 p.m. Monday at the Plymouth Library. “We have Wayzata. We have Minnetonka. The Dakota name has already been welcomed in the state. I offer you that name.”

Mayor Jeff Wosje will announce the winning name during his State of the City address April 23.

Plymouth has even bigger visions for County Road 47 than just a new name. The city hopes to win bonding bill money to widen shoulders, straighten dangerous curves, put in trails for biking and walking, add turn lanes at signalized intersections, and new pavement and gutters between County Road 101 and Northwest Boulevard.