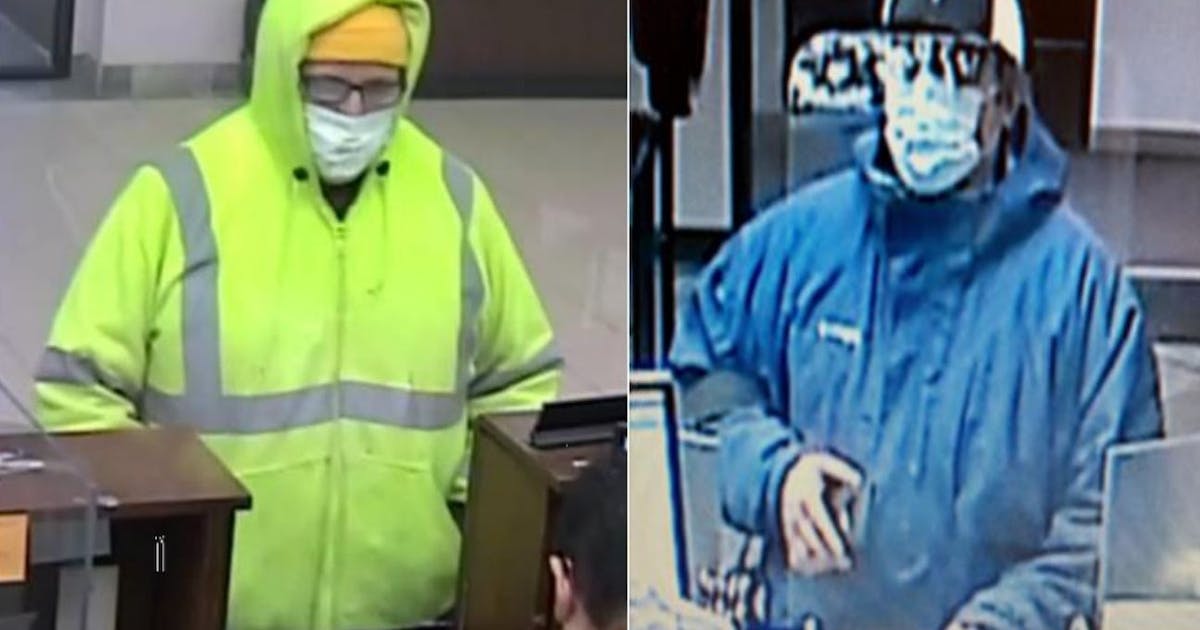 Police believe the same man is responsible for two bank robberies this week in Bloomington.

The man passed a note to an employee, demanded cash and implied he had a gun before walking out of the bank, said Deputy Police Chief Kimberly Clauson.

The second holdup occurred about 3:15 p.m. Thursday at the TopLine Federal Credit Union in the 5200 block of Viking Drive. The suspect was wearing a blue jacket, hat, medical mask, sunglasses and had a backpack with him, police said.

Again, the suspect passed a note to an employee and demanded cash, but this time he implied he had a bomb, Clauson said. The man walked out of the bank and possibly fled in a vehicle, she said.

“Currently, we believe the suspect in both robberies is the same person,” Clauson said. “Investigators are working to verify that.”

Anyone with information about either case is urged to call police detective Spencer Saari at 952-563-4900.