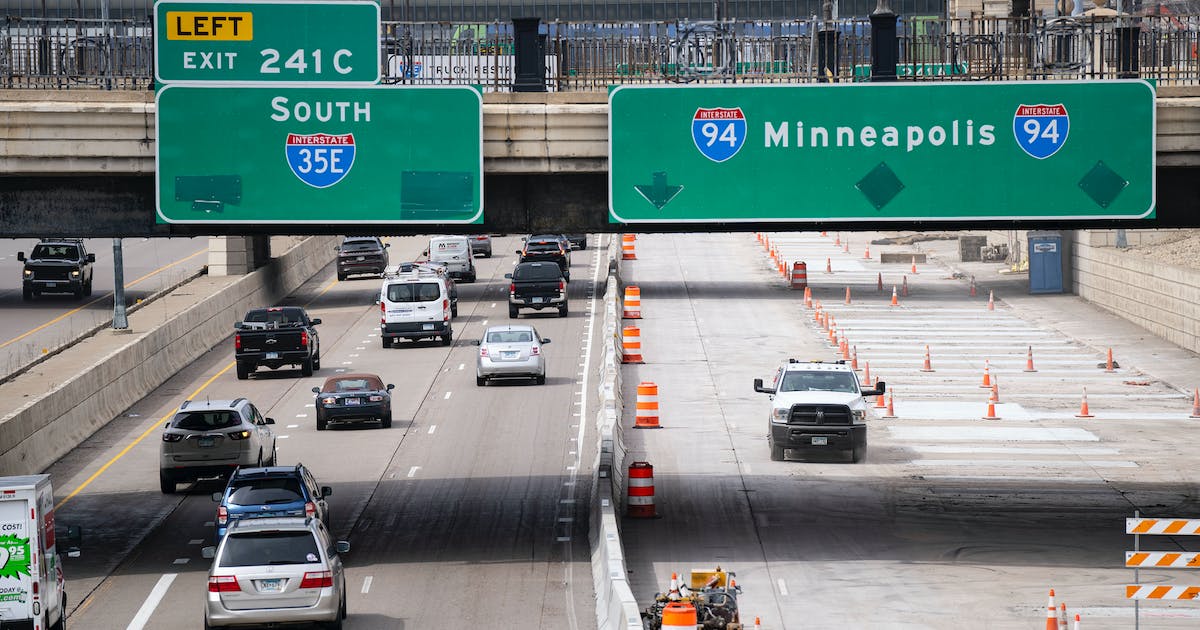 If you are planning on driving around the north, south or east metro this weekend be prepared to take a detour or find a favorite back route.

“We want to move the projects along and eventually get them done and out of your way completely,” Meyer said.

Closures in effect from Friday night to Monday morning will impact drivers on Hwy. 10 in Anoka and Elk River, Hwy. 36 in Lake Elmo, Interstate 494 and Hwy. 55 in Inver Grove Heights and Mendota Heights, and I-35W in south Minneapolis

The biggest headaches may play out in the northwest metro where motorists using Hwy. 10 will encounter back-to-back detours. The highway will be closed from 7th Avenue to Hwy. 47/Ferry Street in Anoka. While crews remove and replace water mains, sanitary sewer and storm sewer utilities, drivers will be directed to use Hwy. 610, I-94 to Hwy. 101.

Just to the west in Elk River, motorists on Hwy. 10 will encounter another detour at the Hwy. 10/101/169 interchange. MnDOT will be removing the Hwy. 101/169 bridge over Hwy. 10. Drivers will be sent north or south on Hwy. 169, then turn around and return to the interchange and use ramps to access Hwy. 10.

In the south Minneapolis, southbound lanes of I-35W will be closed from I-94 to 46th Street for concrete repair. Northbound lanes will remain open.

After postponements the past two weekends, crews expect to be able to pour the deck for a new overpass on Hwy. 36 at Manning Avenue in Lake Elmo. That will have the highway closed and drivers directed onto county roads to bypass the closure.

Eastbound drivers will run into another snag as lanes will be shut down between Edgerton Street in Little Canada and Hwy. 61 in Maplewood as crews begin a resurfacing project.

All that does not include other traffic jamming projects such as I-94 in downtown St. Paul where the freeway is slimmed down to two lanes and several ramps and bridges are closed.