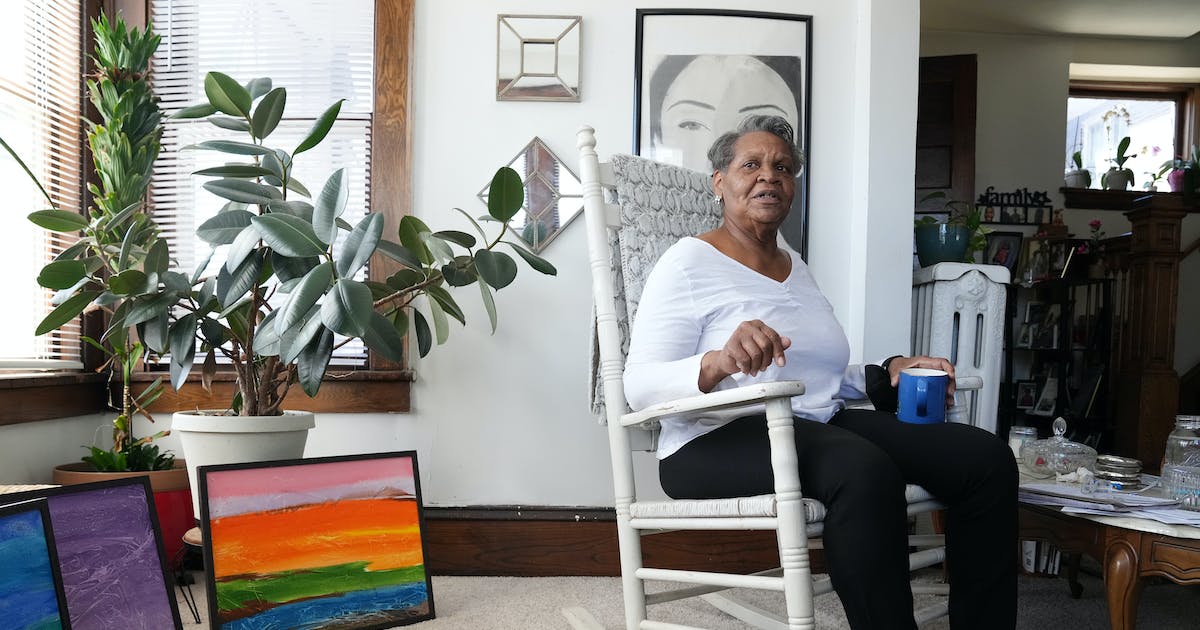 Linda Taylor has rented the little white house near the corner of S. 10th Avenue and E. 36th Street for 18 years. But in January, her landlord sent her a notice to terminate her lease. He wanted to sell.

“This was not good,” Taylor said. “I had taken care of this house every day. Every appliance, I own it. All the utilities for 18-plus years, I have paid it.”

The news trickled around the block. Their pocket of Powderhorn is located just a few blocks down from George Floyd Square, and residents became especially close during 2020’s summer of unrest, said neighbor Jenny Jones. The mutual aid networks were still intact.

Taylor is well-known in the neighborhood because she spends a lot of time outdoors toiling in her garden and chatting up the neighbors drawn to her Little Free Library. She’s talkative and upbeat, a bit of a sassy grandma.

“We just immediately shifted into high gear and started meeting and trying to figure out a plan to help rectify the situation and ultimately allow her to stay in her home, which is what she wants to do,” Jones said.

More than 400 people signed a letter demanding landlord Greg Berendt rescind the lease termination and commence negotiations to transfer ownership of the house to Taylor. A neighbor wrote a column in Southside Pride, arguing that after paying more than $200,000 in rent over the years in addition to the cost of upkeep, Taylor did not deserve to be displaced.

Berendt agreed to give Taylor until the end of June to raise a mutually agreed upon amount before he will list it publicly.

“The neighborhood’s being proactive in what they’re trying to achieve here and I give them kudos for that,” he said. “We’re not trying to cause any issues… We’re willing to work with her in any way we can for her to purchase the home. I’d like to see the home go to her.”

On April 1, the original date by which Taylor had been asked to vacate, neighbors threw a block party. Donations from the party as well as ongoing fundraising since mid-February have resulted in a substantial sum, according to Taylor and organizers, who are keeping the exact total discreet. However, they are short of their goal to raise enough for Taylor — a retired drywaller furloughed from her last job as an intergenerational specialist at Pillsbury House at the start of the pandemic — to be able to afford her mortgage in the long term.

“It’s such a crazy market right now. It’s not the greatest time for this, but it’s the right thing to do,” Jones said.

Saturday and Sunday from 1-5 p.m., neighbors will host an art show at Modus Locus, 3500 Bloomington Ave., for Taylor to auction her birch tree paintings. One piece will be given away. Pie & Mighty and Jakeeno’s will cater and Brass Solidarity will play.

“I still love my community no matter what happens,” Taylor said. “I still love Powderhorn. I love my neighbors. They’ve been so good to me.”