Powerful storm system could bring tornadoes Tuesday, snow Thursday to metro and much of Minnesota 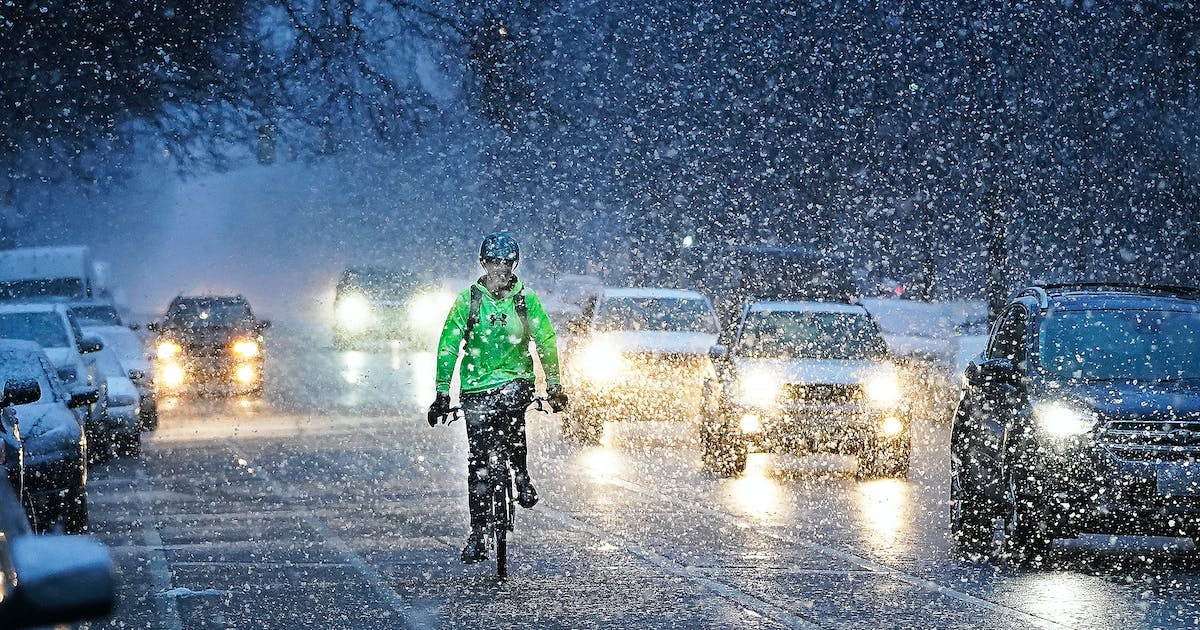 Sunny and warm Monday. Rain and possible severe storms Tuesday. Windy on Wednesday and snow piling up by Thursday.

Ah, April weather serves up just about everything and that will play out this week as a potent storm system moves across Minnesota and brings a taste from all four seasons.

“A windy and active weather week is ahead of us,” the National Weather Service said.

With mostly clear skies and high temperatures approaching 60 degrees in the Twin Cities Monday, the week will start on the pleasant side before giving way to a stormy period that could bring the first strong storms and tornadoes of the season, the weather service said.

“All modes of severe weather will be possible Tuesday,” the weather service said, noting turbulent weather is most likely in an area from Red Wing to Mankato to Owatonna to Albert Lea. “Have multiple ways to receive warning information.”

The Twin Cities has a marginal risk of seeing storms that could deliver tornadoes, wind or hail, the weather service said.

Much of central and southern Minnesota will be windswept on Wednesday as breezes of 45 to 55 mph are expected as the storm system moves east and cold air wraps around the low-pressure system, the weather service said.

Accumulating snow is possible on Thursday as temperatures drop into the 30s for highs. The greatest chance of a 2-inch snowfall is in northwestern Minnesota, but up to a half-inch of snow fall in the metro area Wednesday night into Thursday, making it feel more like early March than mid-April, the weather service said.

The average high temperatures in the Twin Cities on Monday is 56 degrees and that rises to 64 degrees by April 30. But the unseasonably cool pattern will continue into the weekend and the Easter holiday Sunday with highs expected to be 10 to 20 degrees below average, the weather service said.

And with the state locked into a northwest flow, the chilly pattern is expected to continue all next week, the weather service said.