Prince to be honored with commemorative street sign outside First Avenue 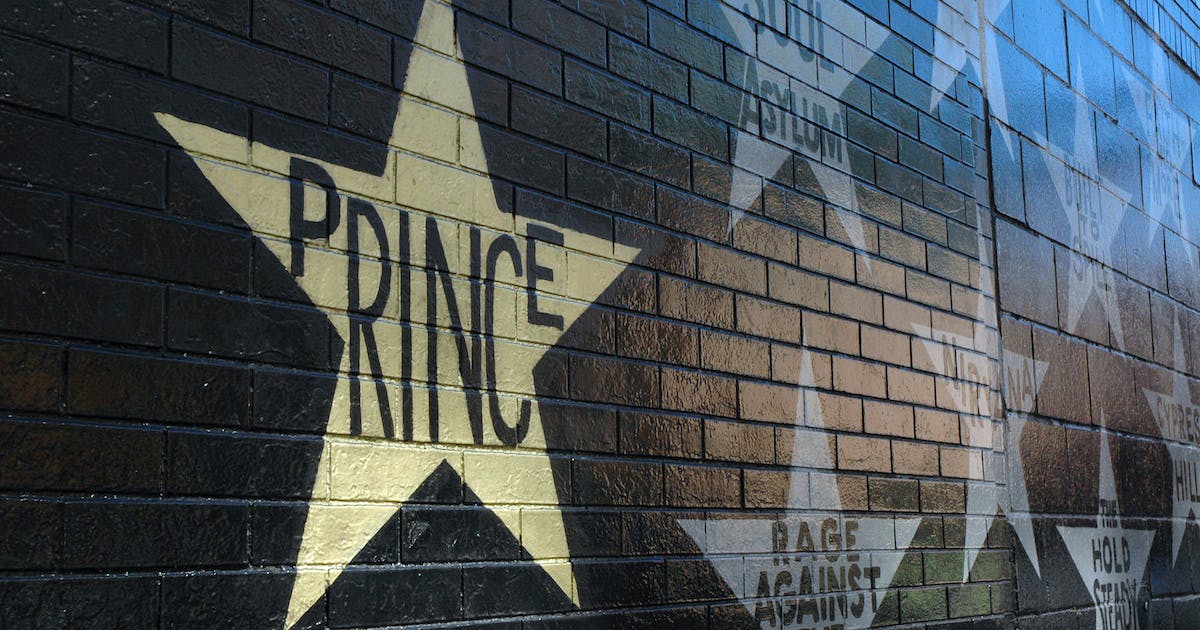 Downtown Minneapolis is doubling down on Prince iconography this summer as the Minneapolis City Council voted Thursday to add the commemorative street name of “Prince Rogers Nelson Way” to the block outside First Avenue.

Crown Our Prince Mural organizers Sharon Smith-Akinsanya and Joan Vorderbruggen applied for the street name in partnership with the Minneapolis Downtown Council. They have scheduled an unveiling for June 7, Prince’s birthday. The cult musician would have been 64

The new sign will follow an enormous 100-foot Prince mural coming to Ramp A on June 2. Ramp A is public parking ramp that looms over visitors entering downtown from Interstate 394, so no one should ever be confused about Minneapolis’ manic love for its most famous cultural figure.

“It’s bittersweet, really,” said Smith-Akinsanya, CEO of Rae Mackenzie Group. “It’s the seventh year of our efforts to get Prince recognized, and it’s only now finally happening. While I think it’s great how we are coming together to get this done — corporations, organizations, community leaders, city and state officials and Prince’s family — Joan and I wish Prince was here to see it and smell his flowers.”

“It was important for Sharon and me to honor Prince in a way that would last for years to come,” said Vorderbruggen, a public art consultant. “When we started on our journey to create the mural it just made sense for us to add the street naming. It truly is the icing on top.”

The commemorative street will be along First Avenue N. between Seventh and Eighth streets and in front of the nightclub that forever will be tied to Prince’s legacy.