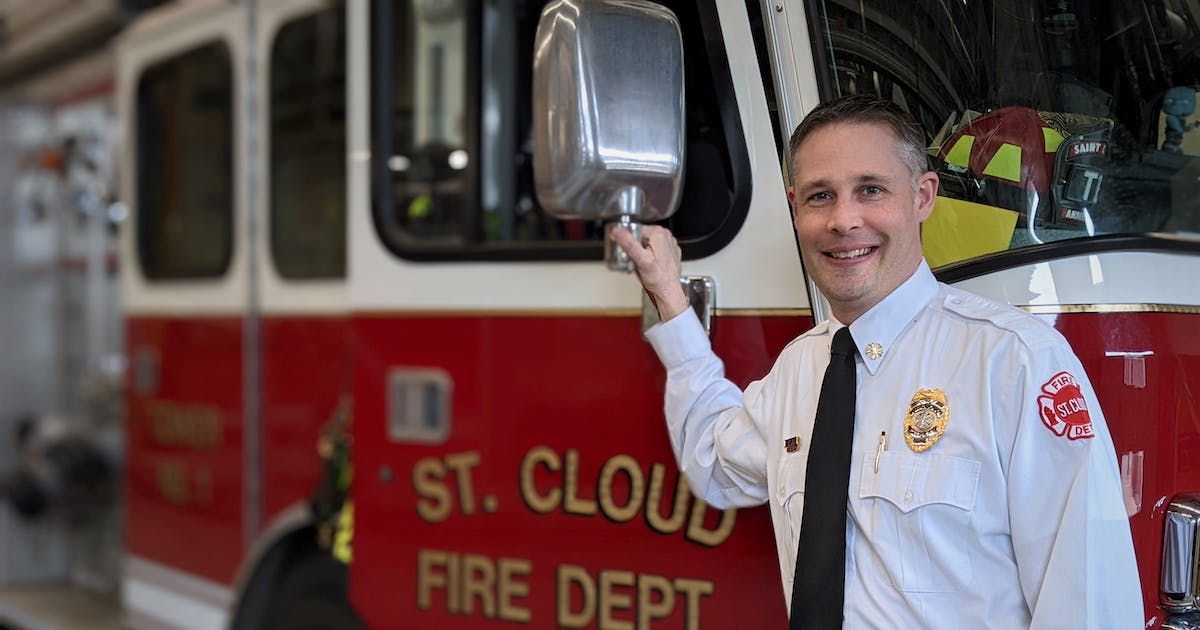 ST. CLOUD — Matt Love has spent more than half his life fighting fires — with departments in the wildlands of Colorado to the sandy shores of the Gulf of Mexico.

After serving as fire chief in Fort Myers Beach, Fla., for nearly six years, Love’s latest venture brought him to the heartland: Love was named chief of St. Cloud Fire Department in December.

The Colorado Springs, Colo., native has already established himself in national speaking circuits, as he’s given leadership presentations for the International Association of Fire Chiefs and the U.S. Air Force Academy.

The 41-year-old now hopes to bring that leadership focus to his new role to advocate for public safety and first responders.

In a written response to the Star Tribune, Love talked about future plans for St. Cloud’s 72-member department and how Minnesota’s city-led fire departments differ from the organizational structure in his previous jobs. His answers have been edited for clarity and length.

Q: First of all, why St. Cloud? That seems like a big change from Florida.

A: Being from Colorado, my family’s fondness for the seasons never went away and there is something that isn’t quite the same in Florida. My wife and I knew getting closer to family in the Midwest would be a priority. As we considered where we wanted to raise our boys, the reputation of the St. Cloud Fire Department surfaced and it became clear the St. Cloud community, city leadership and public safety team was the right fit.

Q: How is St. Cloud’s fire department different from others you’ve led?

A: My two previous appointments as chief were to oversee a fire district, which is an independent government entity that often includes many cities and is not underneath a single city’s governance structure. That means the districts have their own finance, human resources and facilities departments, with chiefs serving as a chief executive officer with a board of elected commissioners. Being within the city structure in St. Cloud allows the department to pool resources and work across departments to serve the community — a key aspect attracting me to city government service.

Q: St. Cloud firefighters are responsible for much more than just extinguishing fires. They respond to medical calls and provide mutual aid to surrounding cities with volunteer fire departments. What do you want people to know about the services the department provides?

A: Responsibilities of the modern-day firefighter have evolved tremendously over the years. Nearly 80% of our responses are emergency medical calls. The department also serves as the region’s hazardous materials team and provides technical rescue such as rope rescue, water and ice rescue, vehicle extrication and aircraft rescue. We also have a prevention team that reviews building plans for fire code. These services require a great deal of introductory and ongoing training, which our firefighters complete in between responding to thousands of calls for service.

Q: City leaders have talked about building a new fire department on the city’s south side for years. What are current plans and factors considered when building a new station?

A: Outside experts have assisted in reviewing department data and forecasting growth and future response needs. We also consider response capability in terms of drive time and response times for more complex incidents such as a building fire requiring multiple engines or ladder trucks, which may be housed at different stations in the city. The timeline for the project will be based on our assessment of need, as well as the capability to fund the building, fire equipment and staff to work around the clock.

Q: St. Cloud Police Chief Blair Anderson is known for sharing his experiences to advocate for the department and share ideas on public safety issues at the state level. Do you plan to use your role to get involved with those discussions?

A: For years I have enjoyed the opportunity to speak locally and nationally. Most of my speaking has focused on firefighter safety, training program management and leadership. One of the most rewarding experiences was speaking at the United States Air Force Academy with their character and leadership programs. As I learn more about Minnesota, I believe it is important for a fire chief to speak about our city and our department’s successes and challenges. This is how we all get better.