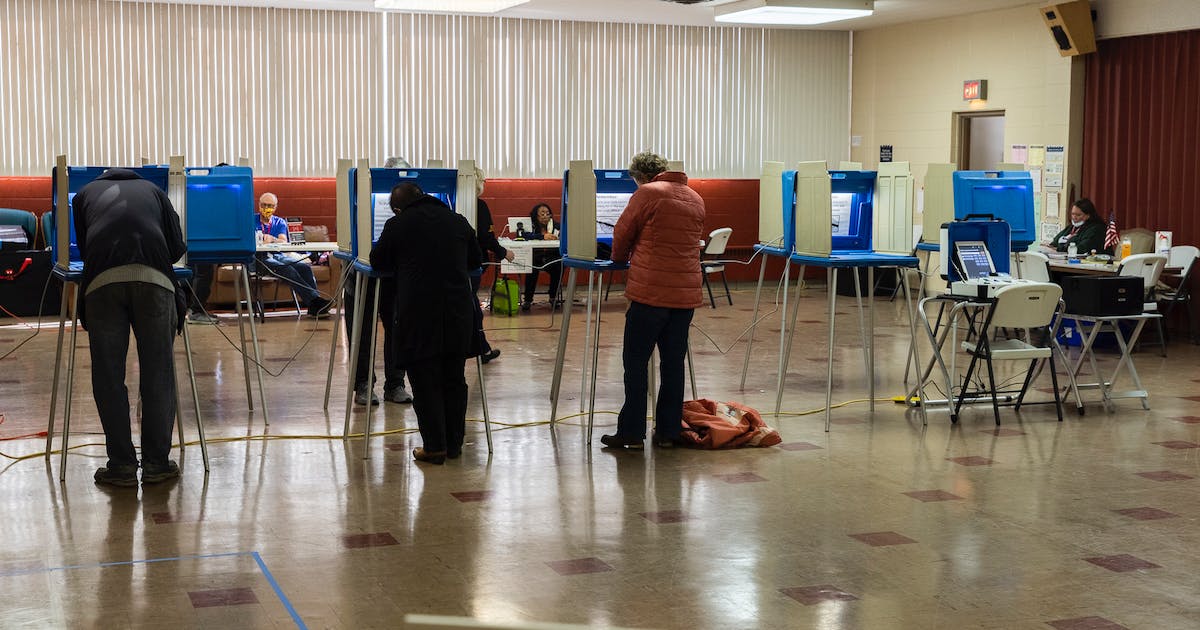 For the first time in Minnesota, a local jurisdiction must train and provide multilingual election judges.

Ramsey County is the state’s first jurisdiction required by the Voting Rights Act of 1965 to recruit and train interpreter election judges who speak, in this case, Hmong. The 2020 census showed that the county’s Hmong population makes up more than 5% of the residents who are of voting age. Federal law requires communities that meet that 5% threshold to provide language services for voters.

According to the census, more than 11% of Ramsey County residents spoke an Asian and Pacific Islander language. Hmong is the second-most common language in the county, which had a total population of 552,352 in 2020.

Interpretation services have been offered at polling places across the state, including Ramsey County, for more than 100 years. But this year, the county is undertaking a new effort to train interpreter judges. While Ramsey County is compelled by law only to train Hmong interpreter judges, it is also recruiting and training judges who speak several other languages.

Judges play a wide range of roles on Election Day: They greet voters as they enter polling places, hand out ballots, provide voting instructions and assist voters at the ballot counter. Other judges register voters and handle documents at polling places. Interpreter judges can be assigned to any of these responsibilities.

In the past, the county employed election judges who spoke multiple languages but did not formally train them.

“Having someone help you through the whole voting process is going to let you know your vote matters,” said Ramsey County elections manager David Triplett. “We want you here, and we’re going to make sure that you can successfully participate in this election.”

Chou Moua is a trained interpreter, but when he’s helping Hmong elders participate in elections, he can’t easily translate the word “vote.” It doesn’t exist in the Hmong language.

“Usually we ‘Hmongify’ some English words or we explain it out,” Moua said. “For example, we don’t say ‘voting,’ we say ‘pov npav,’ which literally means ‘tossing in your ticket.’ “

“We’re trying to make sure that they can communicate clearly,” he said. “My model is translate meaning for meaning, not word for word.”

The Ramsey County elections office is now recruiting interpreter election judges, so they’ll be ready before the primary elections Aug. 9 and the general election Nov. 8. The county is seeking Hmong-speaking applicants but is offering interpretation training to bilingual applicants who speak Spanish, Somali, Oromo and Karen, too, and encourages anyone who speaks other languages to apply.

The county hopes to train 200 interpreter election judges this year, Triplett said. In St. Paul, 64 of 95 precincts needed a Hmong interpreter in the 2021 election.

Any U.S. citizen of voting age can be an election judge. Students who are at least 16 years old can also serve. Judges are paid for a 15-hour Election Day shift and a training session that lasts two to three hours. Interpreter election judges in Ramsey County will receive an additional paid training session.

Language needs have evolved, but Secretary of State Steve Simon said Minnesota has offered interpretation and translation services at polling places since 1896.

“Back then, the languages were Swedish, Norwegian and German,” Simon said. “Now, none of those languages are on the list. Now, it’s Somali, Spanish, Hmong and others.”

Every 10 years, the Census Bureau informs counties of the languages spoken most frequently in their jurisdiction, alerting them to interpretation and translation needs. Most Minnesota counties provide some sort of interpretation or translation services at polling places, even if they don’t meet the Voting Rights Act threshold, Simon said.

Ramsey County provides information online and via pamphlets about elections and early voting in Hmong, Somali, Spanish and Oromo. They also provide a packet of translated materials at some polling places. Besides offering multilingual assistance at the polls, judges also can connect voters to interpreters available by phone.

In neighboring Hennepin County, each city provides their own interpretation and translation services. According to Minneapolis elections administrator Jeff Narabrook, the city uses multilingual election judges, but it does not provide formal interpretation training. Election judges can phone interpreters if needed.

Some polling places in Minneapolis receive materials translated into other languages. For example, the Brian Coyle Community Center in the Cedar–Riverside neighborhood, which has a large number of Somali voters, offers voting directions in Somali.

Minneapolis also gives multilingual election judges written scripts so they can explain nuanced elements of elections, such as ranked-choice voting.

“Especially in the Hmong community, we come from a background where we fled war. There’s a distrust of government,” Moua said. “We’re making sure that we’re not retraumatizing people, but that we’re there to assist.”

Moua plans to split the training session into chapters with quizzes. Topics will likely include privacy practices, how to assist voters while remaining neutral and conflict resolution.

Moua said he’s noticed an increasing need for interpretation in other Asian and Pacific Islander languages, such as Nepali, Karen, Karenni and Chuukese, a Micronesian language that’s spoken by more than half the population in the town of Milan in Chippewa County.

Despite the historic development in Ramsey County, Moua wonders: Is a Somali voter in Willmar or a Hmong voter in Walnut Grove casting their vote?