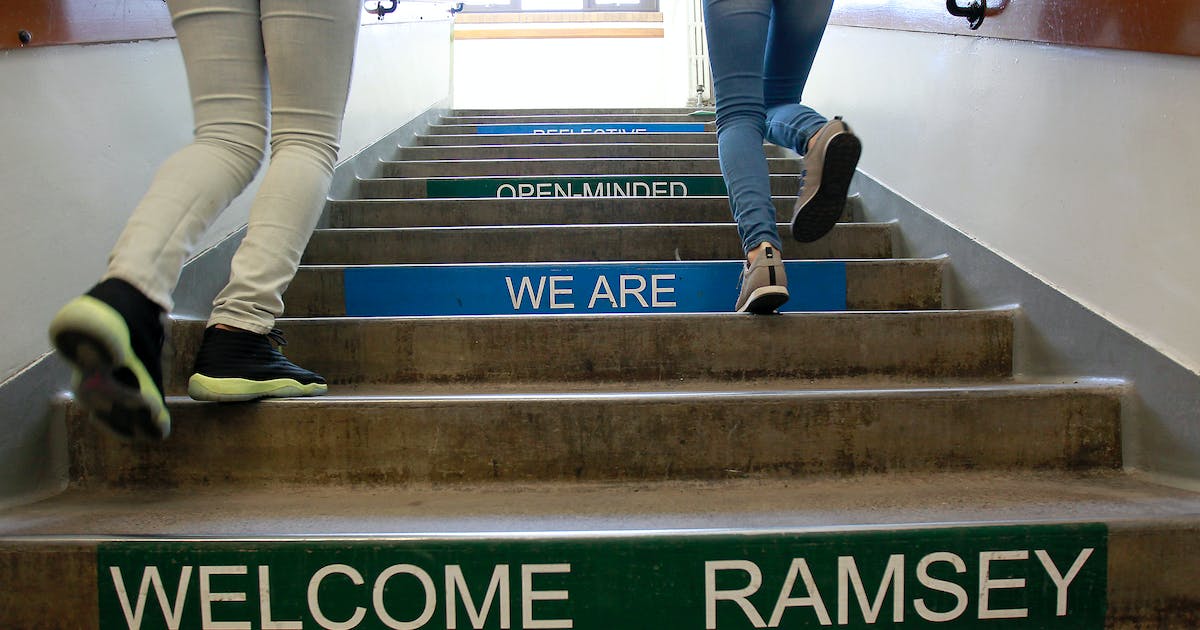 The push to rename Ramsey Middle School in St. Paul headed to the school board Tuesday with students offering a rundown of finalists in awards-show fashion.

Hidden River denotes the presence of an aquifer under the school and was selected by staff and students from a group of five finalists that included the name of just one person, Philando Castile.

Students have pushed for years to strip from the school the name of Alexander Ramsey, the state’s second governor, on the basis of his call for the extermination of the Dakota people in Minnesota. One name among the finalists was Hanwi Middle School, which is “moon” in Dakota.

The school board will act on the recommendation on June 21.

Board Member Chauntyll Allen, who worked as a paraprofessional at the Summit Avenue school, welcomed the move from Ramsey’s legacy.

“We do need our schools to represent real heroes,” she said Tuesday.

The Ramsey renaming process began in 2020 and generated 208 name submissions initially, with the numbers then narrowed to 30, 10 and finally five.

Minneapolis went through a similarly rigorous process recently in renaming Sheridan Dual Language Elementary to “Las Estrellas” and Jefferson Elementary to Ella Baker. The district also grappled with the renaming of its own Ramsey Middle School, deciding in 2017 to give the distinction to Alan Page, the first Black Minnesota Supreme Court justice.

St. Paul previously jettisoned the name Linwood Monroe Arts Plus in favor of Global Arts Plus to recognize that dual-campus school’s diverse student population and to erase its distant ties to President James Monroe, who was a slaveholder.