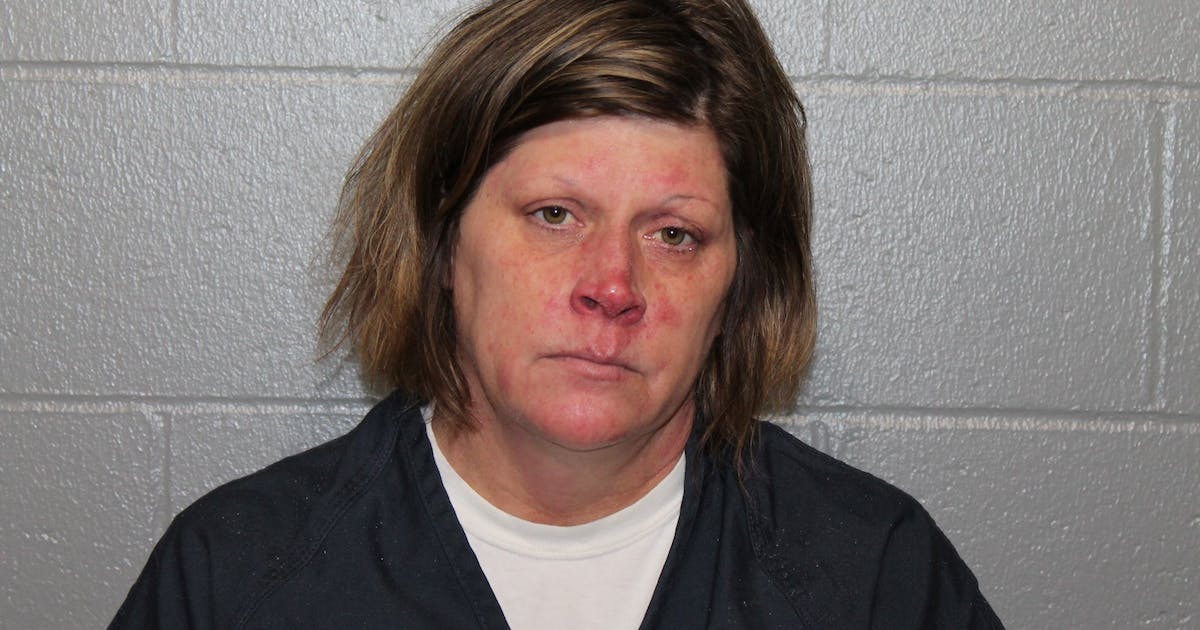 Who abandoned the infant boy whose lifeless body four teenage girls discovered on the Mississippi River banks downstream of Red Wing in 2003?

And how did another baby’s body end up wrapped in a towel and floating in a Red Wing boat harbor four years before that?

A tearful press conference Monday provided some answers in two cases that have haunted Goodhue County investigators for a generation and helped inspire a Minnesota law granting immunity to mothers who safely give up their newborns within a certain time period.

Jennifer Lynn Matter, a 50-year-old woman from rural Red Wing, was arrested and charged Monday with second-degree murder in the 2003 death after law enforcement officials used DNA evidence to link her to the two infants.

According to the criminal complaint, DNA evidence determined that Matter is almost certainly the mother of the baby found on the banks of the river’s Lake Pepin in December, 2003. The unclothed infant boy was lying on the water’s edge with his umbilical cord attached and wrapped around the middle of his body.

Matter has also been identified through DNA evidence as the mother of a dead infant girl found wrapped in a towel in the Mississippi River near Red Wing in 1999, though officials did not explain why charges have not been filed in that death.

“Charges may be amended or added at a later time as more evidence comes to light,” said Goodhue County Attorney Stephen O’Keefe.

The investigation of the deaths stretched for two decades and included DNA comparisons in 2004 and 2007 that determined the two infants were related. But authorities did not link Matter to the cases until the past year.

“For over 20 years the deaths of these innocent babies have haunted our community,” Goodhue County Sheriff Marty Kelly said. “The tenacity of several investigators in our office to obtain justice for these babies and the perseverance by our community who assisted us in finding answers have led us here today. We pray today’s arrest and charges provide some closure.”

An autopsy of the infant found in 2003 determined the full-term boy was probably born alive. The Minnesota Regional Coroner’s Office determined homicide as the manner of death, though the cause of death was undetermined. The baby had been found with blunt force head injuries, though that may have been due to the birth process, according to the coroner’s office.

Kelly also brought up a 2007 incident where a deceased baby was found near Treasure Island Marina but said law enforcement is “fairly certain” that baby was unrelated to the other two.

“Our DNA has somewhat hit a roadblock” in that investigation, Kelly said.

Huneke and Brittany Carstensen, a BCA special agent, first interviewed Matter two weeks ago. Matter denied being the mother of the baby found in 1999 and declined to provide a DNA sample. Last week, investigators obtained a search warrant and got a DNA sample, which later concluded Matter was almost certainly the biological mother of both infants.

Matter told investigators that in 1999 she was in a bad mental state, according to the criminal complaint.

Matter told investigators she drove the baby to Bay Point Park in the middle of the night, put her in the water near boathouses and walked away.

She also told investigators that with the 2003 baby, she was alone at a public beach when she went into labor.

“Matter stated that it was dark outside, it was cold, that she did not look to see the gender of the child, and that she remembered leaving the baby on the beach before driving away,” according to the complaint. Matter later told investigators that the baby “was breathing fine and it may have been crying but she didn’t remember it.”

The discovery of the infant’s body in 1999 inspired, in part, legislation that made Minnesota among the first states to enact a “safe haven” law, in which unharmed newborns up to 7 days old may be left, no questions asked, at a “safe place.” Under the law, that includes a hospital, other urgent health care provider or ambulance.

BCA superintendent Drew Evans lauded the use of rapid DNA testing and genetic genealogy in the investigation.

“These kinds of scientific advances that can aid investigations are happening all the time,” Evans said. “That is why it is so important to never give up on any unsolved case.”