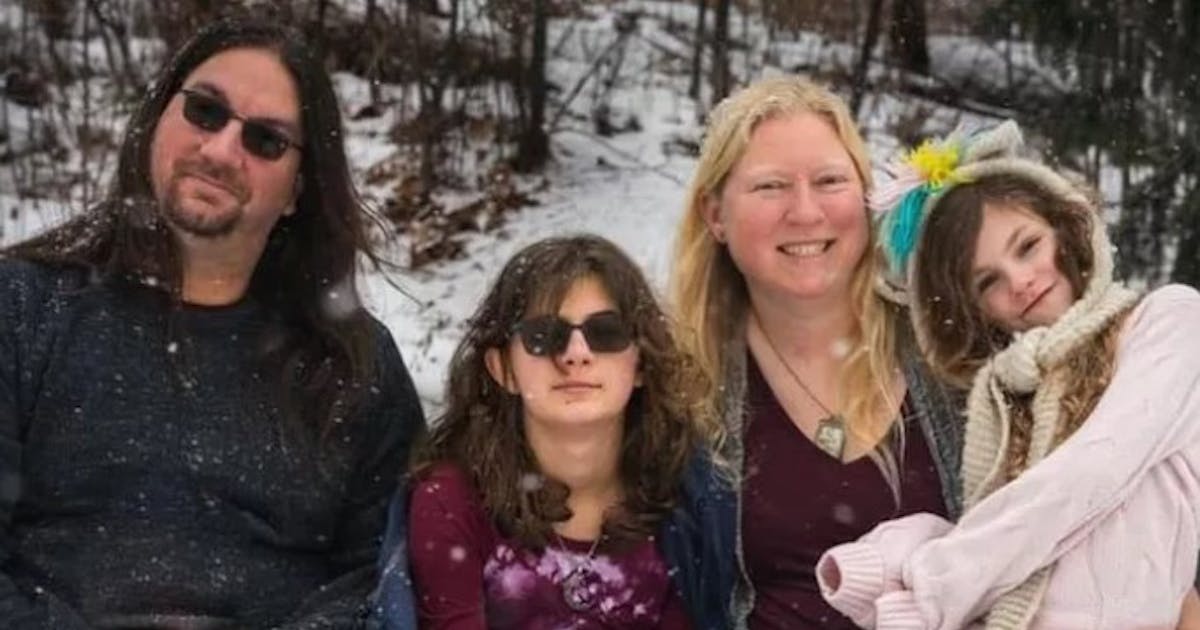 DULUTH — The Barry family was adventurous — free spirits with an open couch for any guest. They were night owls, animal lovers, determined sellers of Girl Scout Cookies, and deep thinkers drawn to a session on a swing set.

“This is a family who truly lived every day,” Elizabeth Barry told an auditorium full of mourners on Sunday afternoon at Marshall School during a public funeral for her son and daughter-in-law, Sean and Riana Barry, and their two daughters, Shiway, 12, and Sadie, 9, who were killed by a relative in their East Hillside neighborhood home less than two weeks ago.

The funeral drew nearly 300 people, including Duluth Police Chief Mike Tusken and Mayor Emily Larson alongside school-aged children and old friends from Fairbanks, Alaska, where the family spent years before moving to Duluth. Those closest to the Barrys filed into about a dozen center rows — in front of the four caskets adorned with flowers and favorite things: unicorn stuffed animals for Sadie, Shiway’s violin.

Elizabeth Barry compared the lost family members to bubbles — which find their place and land — and invited attendees make bubbles from the small vials that had been passed out. For the rest of the ceremony, clusters drifted up throughout the room.

Those who spoke at the funeral remembered Shiway with her handful of pet Guinea pigs, a deep thinker who liked to swing at the playground. Sadie was a determined seller of Girl Scout Cookies with a goal of unloading 4,000 boxes. (She hit 1,400.) Riana was a social worker who ran the home and was a skilled chainsaw user. Sean had been to six continents.

Sara Harriger, who admired Sean Barry as an adventurer and thought partner, said she last played guitar in public at the couple’s wedding. On that cold June day, she had played one of Riana’s favorite songs, “Keepin’ It Real” by Mason Jennings. She remembered her friend’s favorite line was, “Ain’t no rust on the happiness bus.”

Harriger, who made the trip from Alaska, pulled out an acoustic guitar and offered another tune by Jennings — this time, “The Light.” She told those gathered that she wasn’t a good musician but that Sean believed in her.

Dom Hondolero was the couple’s housemate for a while, he said, sharing a small cabin without running water. He slept in the nearby sauna, which he described as “the detached guest house.”

“They never made me feel like I wasn’t welcome,” he said.

Attendees were offered free Girl Scout Cookies as they left.

The Barrys and their dog were killed while they slept by Riana’s nephew Brandon Cole-Skogstad, 29, who died by suicide at the scene. He was described as having a mental health crisis.