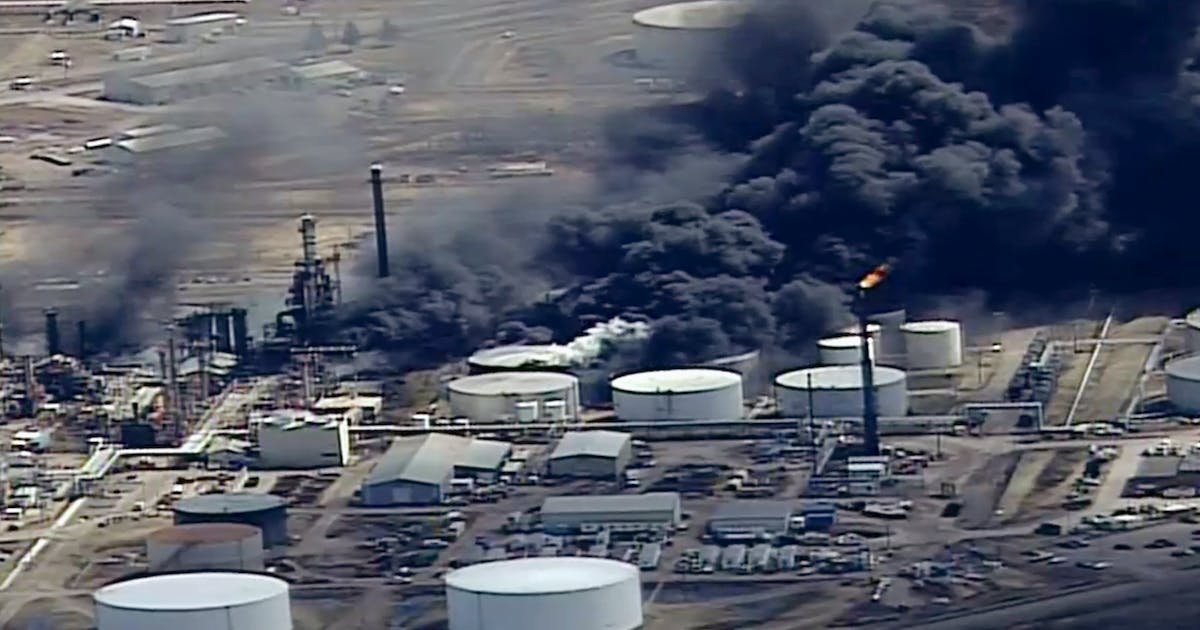 SUPERIOR, Wis. — Officials at a northwestern Wisconsin oil refinery knew about equipment issues years before a 2018 explosion there, according to Occupational Safety and Health Administration documents obtained by Wisconsin Public Radio.

WPR secured nearly 1,300 pages of documents from OSHA that shed new light on what those officials knew in the days leading up to the explosion at the refinery in Superior, then owned by Husky Energy Inc., as well as what equipment issues they were aware of years earlier. They include problems with a critical valve malfunctioning days before the explosion and documented erosion on that piece of equipment dating back to 2008.

The April 26, 2018, blast injured 36 refinery employees and contractors and forced the evacuation of many of Superior’s 27,000 residents because of black smoke and fears that a tank containing the highly toxic chemical hydrogen fluoride might be compromised.

The refinery was shutting down its fluid catalytic cracking unit when the explosion happened as it prepared for a five-week production break for maintenance. The unit uses heat and a sand-like catalyst to crack or break apart large hydrocarbons of crude oil into smaller molecules to make gasoline and other products.

In August 2018, the U.S. Chemical Safety Board said internal wear on the spent catalyst slide valve likely caused the explosion by failing to separate air and hydrocarbons between the reactor and regenerator.

The refinery was aware of erosion on that valve during past turnarounds for at least a decade, according to a 2018 report from OSHA’s Health Response Team.

“According to interviews and records, holes were found in the spent slide valve on two past turnarounds (April 2008 and April 2013), and those interviewed indicated that they were aware that this valve could leak because of catalyst erosion on the leading edge of the valve gate and seat ring,” the report states.

In the week leading up to the explosion, workers noted in operator logs that the valve was malfunctioning. Problems with the valve resulted in the shutdown of the refinery’s pollution control device on April 19 and April 22.

Last year, Cenovus Energy became the new owner of the refinery after it bought Husky Energy. Company officials said they have since taken steps to improve safety.