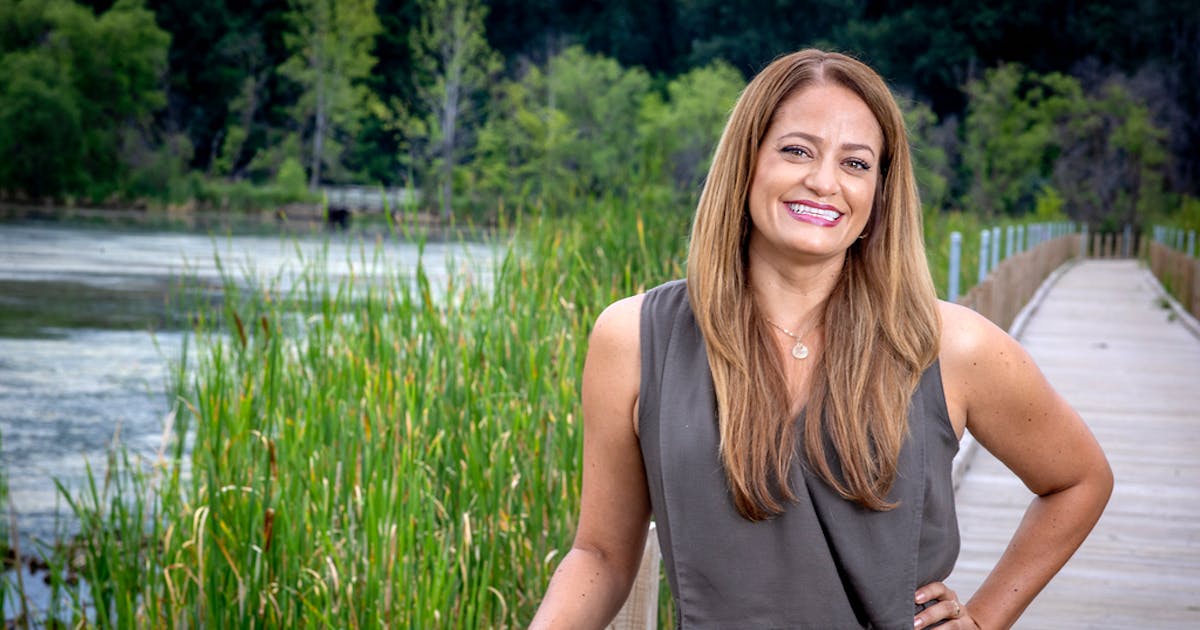 Richfield Mayor Maria Regan Gonzalez won’t seek a second term because she wants to start a family and devote more time to her new job, she announced Thursday.

“I would love to continue my work as mayor. I love it,” she said. “But as a young woman who wants to have kids and is not independently wealthy or retired — with a mayor’s stipend of only a few thousand dollars per year — there’s only one option in my mind, and that is not running for reelection.”

M Health Fairview, one of the largest employers in Minnesota, in January named Gonzalez as its new director of equity initiatives. She will address the state’s significant health disparities affecting communities of color.

Gonzalez, 36, became engaged in November to Pedro Medina, a data scientist and entrepreneur. The couple is thinking about their readiness to become parents, she said.

“I just took months and thought about it, and decided that the best thing that I wanted was to be able to have the mental capacity and the emotional capacity to be a parent,” she said.

The two share similar passions. Gonzalez, who is of Mexican descent, has set an example for women to serve in elected office, while Medina, a Cuban-American and founder and CEO of Haystack Data Solutions, is investing in women and people of color. Gonzalez serves as Haystack’s vice president.

Gonzalez won a seat on the Richfield City Council in 2016. Two years later the mayor’s job opened up and she made the leap, becoming the city’s youngest mayor and Minnesota’s first Latina mayor.

“When she first came in she was very green and I was apprehensive,” said Edwina Garcia, a former legislator and Richfield City Council member. “I haven’t worked with an awful lot of Latinos in my public life. I didn’t expect for her to grab onto the information and learn it and digest it, but she did.”

Garcia, who stepped down from the council last year after two decades of public service, said she respected Gonzalez’s decision not to seek re-election after seeing how she fell in love with her nieces.

“Here’s a mature woman that has paid her dues … and that has really been a great leader in our community,” Garcia said. “And now she wants to be a mother. I mean, that takes a lot of maturity. Most people … want to stay in office forever.”

Bloomington City Council Member Jenna Carter, a friend and former coworker of Gonzalez, credits the mayor with inspiring her own run for office in 2019. Carter said it bothered her that there were no women on the council, and felt she could elevate issues of health equity and affordable housing in Bloomington the way Gonzalez had in Richfield.

“I saw how Maria was doing that and using her leadership and influence to immediately and directly benefit people,” Carter said. “It’s really hard running for office, especially as a woman. Seeing how she did it, I was like, ‘I can do it, too.’ “

Gonzalez ranked expanding affordable housing, reducing racial inequities in homeownership and increasing accessibility in parks as among her accomplishments. During her time in office the city provided funding to assist a resident-owned cooperative at Woodlawn Terrace, a manufactured home park.

Gonzalez said she fought hard for the Minnesota Department of Transportation to include a pedestrian bridge over Chicago Avenue in its 2023 plans for nearby Interstate 494, giving residents of apartment communities — who include many immigrants, refugees, seniors and residents with disabilities — direct access to the grocery store and pharmacy.

Rep. Michael Howard, DFL- Richfield, who served with Gonzalez on the council for two years before running for the House, said she changed Richfield for the better.

“She might be stepping away from this role, but her presence is going to be felt for years and years to come,” Howard said.