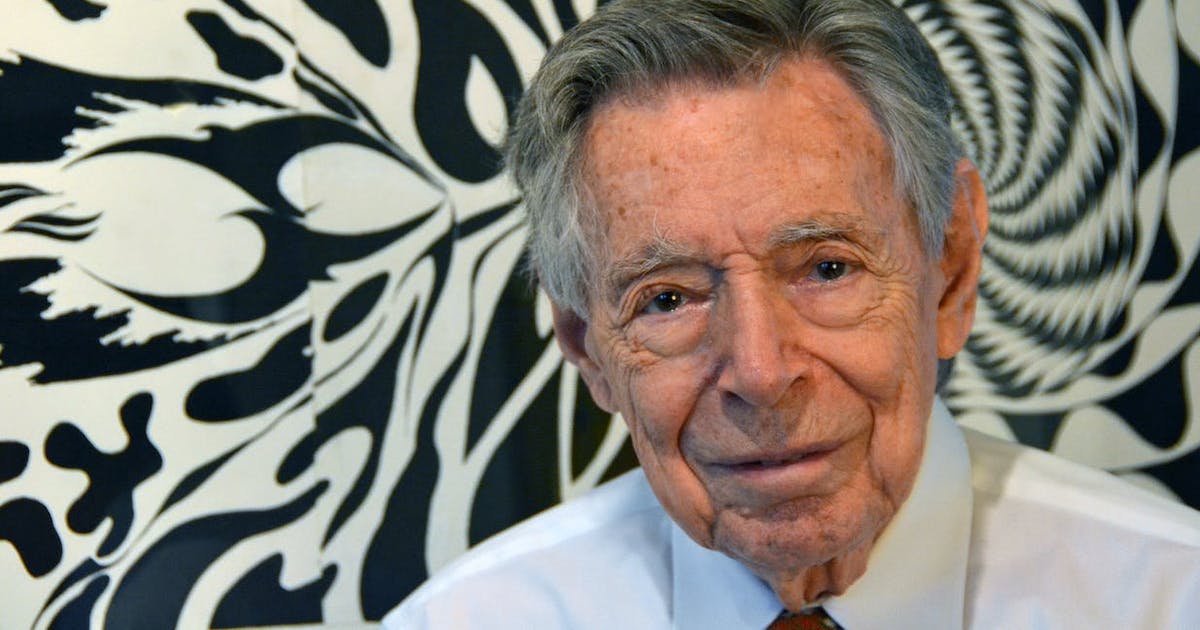 People were understandably outraged when a local weekly published photos in 2014 of men at a Minneapolis restaurant wearing Nazi uniforms and surrounded by Nazi flags. University of Minnesota faculty members condemned the incident as “obscene … a grievous insult to war’s victims and survivors.”

Rebuttal came from an unexpected source: a Holocaust survivor.

“The individuals were participating in a private party,” wrote Robert O. Fisch, a U pediatrics professor, “and their freedom of expression is more important than someone’s opinion of their activity.” Freedom, he added, “is a core belief I cannot abandon.”

Fisch, a widely respected physician, artist and writer who taught children around the world about the Holocaust, died June 12 at his Minneapolis home. He turned 97 that day.

“He was a wonderful, deeply caring human being,” said longtime friend Erwin Kelen.

Born in Budapest, Fisch was captured by the Nazis at age 19. American soldiers liberated him in 1945 from Austria’s Gunskirchen death camp, too weak to walk. Back in Budapest, he earned a medical degree. In 1956, he joined the Hungarian Revolution.

“He got on a truck, went to Vienna, got medicine for the wounded and went back,” Kelen said. “He was a real hero in more ways than one.”

Friends recall Fisch saying he treated people no matter which side they were on. He escaped Hungary in 1957 and years later was knighted by the Hungarian government.

He arrived at the U in 1958 as a medical intern and stayed until retiring almost 40 years later. Fisch was internationally recognized for his research on phenylketonuria (PKU) and child development, and wrote or cowrote more than 100 scientific papers.

Elizabeth Perlich Sweeney of Wayzata met Fisch in 1989 when her daughter was born with PKU. They remained lifelong friends. She said he exhibited “a gentle confidence that instantly had me believe that everything was going to be all right.”

“He applied himself to being an artist with the same energy and passion he did for medicine,” said former Weisman director Lyndel King.

Dr. Jon Hallberg, creative director at the U’s Center for Creative Medicine, which focuses on the role of arts in medicine, said Fisch had shown him “it was possible to forge an academic career that melded these seemingly disparate paths into a cohesive whole.”

Fisch’s five books include “Light from the Yellow Star: A Lesson of Love from the Holocaust.” He and Kelen established the nonprofit Yellow Star Foundation to distribute educational material about the Holocaust, including more than 50,000 copies of his book.

Fisch spoke at schools around the world and published some of the letters he’d received in “Dear Dr. Fisch: Children’s Letters to a Holocaust Survivor.” He also established a program in which volunteers read and provided books to children in pediatric clinics.

In 2019, he was honored in Hungary for his contribution to Holocaust education.

Although the war initially left Fisch battling depression, every December for years he sent about 400 holiday letters expressing satisfaction with his life. “I am at peace with myself,” he wrote one year. “I accept that everything is transitional, including me. I enjoy every moment, consider everything an unexpected gift, and stay busy.”

Survivors include his wife, Karen Bachman, and daughter Alex Fisch of Abiquiu, N.M. Services will be in September in Budapest, where he asked to be buried alongside his father, who died in a concentration camp.